Amanda Shires on recording with a sense of purpose 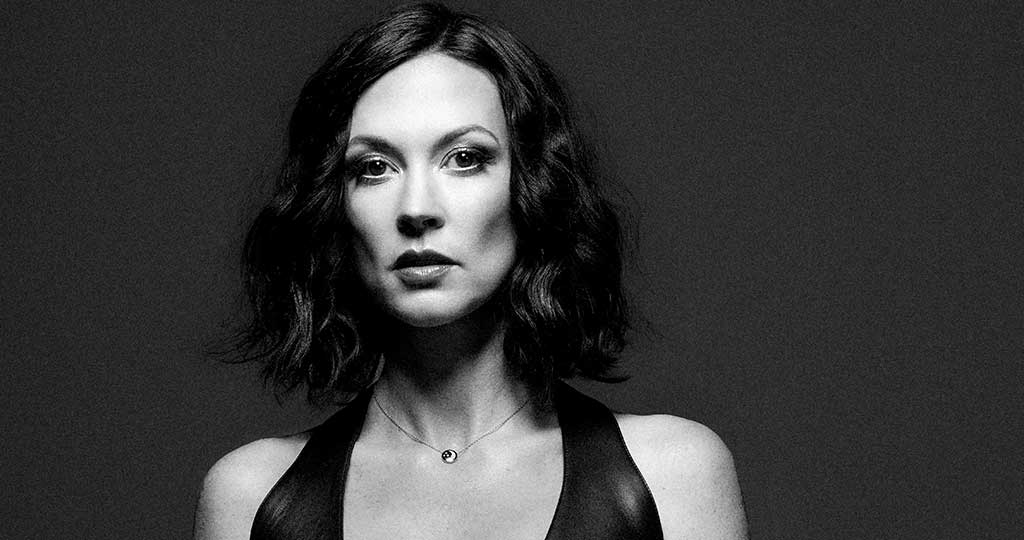 Musician Amanda Shires’ latest album, Take It Like A Man, is “a song cycle of ruthlessly candid tunes written as a document by Amanda about her life as a woman, a wife, and a mother during a tumultuous time.”

It’s also relentlessly listenable, despite the songs’ frequently emotionally-harrowing lyrical content. She’s taking the album on tour and stopping tonight at the Madrid to perform. We spoke with Shires last week from her home in Nashville, just a couple of days after she’d performed with her supergroup, the Highwomen, as part of the CMT tribute to Loretta Lynn. We began by discussing what seems like a rough couple of years.

The Pitch: Watching that Loretta Lynn tribute, it seemed like everyone was about a half-second away from crying.

Amanda Shires: Luckily, I planned ahead and glued some rhinestone tears to my face. That way, it all just blended in.

It seems as though a lot of your musical heroes and collaborators have passed recently, and I can’t imagine how hard that’s been for you.

It started happening to me when I was younger, though, ’cause I work with the Texas Playboys as my first act, and they were well into their 70s. The thing I think about is that when you do something like this or make music that has an impact, they don’t ever really go away.

I was thinking about how big the loss of Loretta Lynn is, but really, she’s everywhere, historically, and in our hearts with what she’s done for songwriting and also just storytelling. Same with John Prine. The folks that do the most good—you can see all that good still living. I know that sounds woo-woo, but it’s true.

It’s hard not to be amazed that, with all you’ve been through in the last couple of years, you were able to go in and record this album.

The good thing about recording this album was that I worked on it a long time—more than I have any other record—and it kind of helped me get through a lot of the different times, like when I had to have emergency surgery. I was stuck at home, but then it gave me extra time to stare ad nauseum or in tedium at Pro Tools or listen even more and get even more meticulous.

Your last album proper was four years ago, but in the interim, you’ve done some really interesting things: you formed the Highwomen, and you recorded a Christmas album, and it just seems like getting to do all of these interesting other opportunities really let you come back to recording with a sense of purpose.

Definitely. I wasn’t done with Take It Like A Man yet, and the Christmas record came after I recorded but before it was done being mixed or songs were decided on officially. There was a lot of work to do on the Take It Like A Man record, and it wasn’t ready in any way to go yet, and because I found myself in a good place with music again, the outpouring of songs and writing and creative flow has just been kind of nonstop ever since.

When I finished writing the Christmas record, it was done. I just wanted it to be what it was, so I put it out, but Take It Like A Man wasn’t done yet, ’cause I guess I wanted to labor over it forever.

What made you want to labor over it?

I think it was it was because I recorded so many songs—upwards of 20—and I couldn’t get set on the collection until I kind of fleshed some of them out a little bit more, just to hear sonically and thematically how they’d go together. I worked on all the songs that made it on the record, but there are several that almost got to a completion and never made it to mastering. I had to kind of see where they all stood rather than abandon them just as sketches. I think that’s what the labor was—trying to see all of them through to see what would make the best album.

Some of these songs, when you started writing them and sending them to people, you were just like, “I just want folks to hear this thing I created,” rather than having any idea of recording. What was it like, taking some of these ideas that you put together in your closet—literally, where you’re writing notes and taping them to the wall of your closet—and recording and turning it into something with a full horn section?

The last song I recorded for the record was that song you’re talking about, “Lonely at Night.” It was after everybody had left, and I said, “Well, we have this other one. We at least just should just get it down, so we have stuff to think about.” When you’re recording live and getting the drums and the space and everything it’s like, “We’re already still in the room, might as well do the last one.” That recording happened, and I felt like it was right, instantly, for the record—even though I didn’t know exactly if I was putting out a record or what was gonna happen, but it felt like it meant something to me.

I think the subject matter in that song fits that more soul style anyway, ’cause it’s kind of wanting and begging and just in love, you know? It has that kind of love groove. It warrants horns. I’d traveled around playing with Greg Allman for a while and made friends with that horn section. A lot of those guys live in Memphis. It’s an easy lift when you’re talking to your friends. I called them, and I was like, “Would you try playing horns on this?” and they were like, “We’ll give it try. Of course.” They said, “What kind of direction do you want?” I said, “Y’all are the masters of that domain. I’d rather just see what y’all do, and then if I have any kind of thing to say after that, we’ll just go from there.”

Taking this album out on the road, what is it like tackling these songs, night after night? Given the amount of time you’ve spent with them, you’re comfortable performing them, but are you comfortable with how folks are responding?

I’m comfortable with how folks are responding, and I have had some of them for a long time. But no, some of them are really hard to sing, and it’s hard to sing about your own life and your own relationship, and—not to say everything is ever resolved in a marriage, at least in in my case.

Nothing’s ever all the way bad, and a lot of times, things are all the way great, but sometimes, I have trouble when I sing the songs, not reliving the catalyst. Sometimes it can get kinda heavy, but luckily, with the folks in the room—whether it’s true or not—I look out there, and I feel like they notice, so it kinda makes it a little easier to get through ’em.

Stevie Nicks and Lindsay Buckingham should offer courses for every musician about how to perform songs of that sort of subject matter.

Oh, I don’t perform ’em with Jason [Isbell, husband], so…

Yeah, that’s a good question. And I wonder, does it get easier, or do they have to trick themselves out of not remembering where they were or why they did those things. That kind of separation or compartmentalization might be tough for me.

You know, next time I run into Stevie Nicks, I’m gonna ask her, actually.