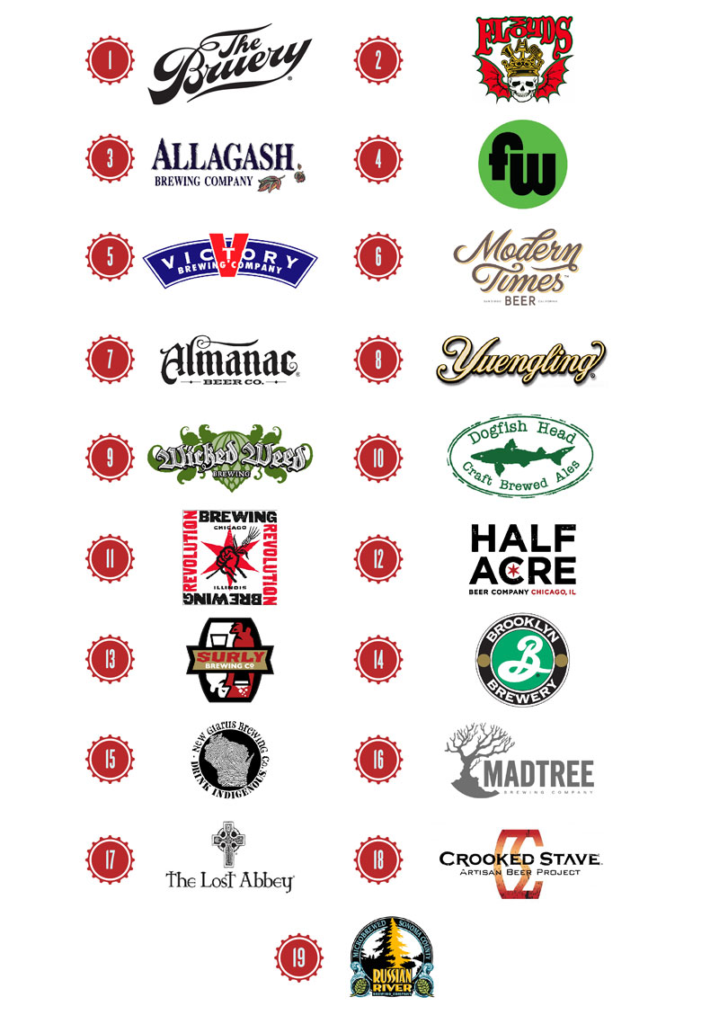 Liquor store shelf space is precious and tap handles are a limited and coveted commodity. But, as a beer nerd, I always want to drink different brews. Give me the best of Portland — Maine and Oregon. I’ll drink Allagash White or Breakside Brewery’s Fresh Hop Simcoe all day long. Or bring me St. Louis’ Side Project Cellar — anyone who has attended Boulevardia can testify that demand is high for Cory and Karen King’s oak-aged beers.

I know what I want, but what beers do people in the beer community want to see make their way to the metro? Here’s my unofficial survey.

Andrew Hicks, Cinder Block Brewery marketing and public relations
The beer I’d most like see hit KC distro would be Bruery, for selfish reasons.  I’m obviously a fanboy, based on the pictures I blast across social media, but their beers are world-class representations of a myriad assortment of styles. Even the beers that would be considered “shelf beers’’ amongst the craft community are fantastic. There is an unwritten shortlist of American brewers that truly understand American-made Belgian sours, in both the extreme and the balanced category … Patrick Rue is on that list.

Josh Eans, co-owner of Happy Gillis and Columbus Park Ramen Shop
For brewery, the first one that pops into my head is 3 Floyds. Not because of the hype, but because of the hop. They really know their way around hop-forward beers, and that is usually my first beer to crush after a long day at the restaurant.

Kellen Duryea, Flying Saucer general manager
This is a tough question. There are a lot of them! So I’ll give you two answers, for two reasons. First, Allagash. Because they are a fantastic brewery, and we have been hearing rumors that they have been coming to KC for six years. At some point, it would be nice for the rumors to be true.
Second, the Bruery or Funkworks. They may not be the biggest in terms of distribution, but they certainly are wonderful breweries, and they have a certain niche to them that indicates a certain level of your beer community.

Jeremy Danner, Boulevard Brewing Co. ambassador brewer
I’d like to see Victory Brewing Company launch in Missouri. I’m a huge fan of Prima Pils and try to keep it stocked in my fridge with help from friends. Prima is a love letter to Saaz hops. Beautiful!

Randyl Danner, Beer KC beer director
I have two. Modern Times Beer. I have not had a beer from them that I didn’t like. They do hoppy beers really well, the beers are balanced and have great hop aroma and flavor, but they aren’t a palate smasher. Almanac Beer Co. Jesse is the owner-brewer, and he is not only a good guy, but he makes great beer! Not many people have had his beer in the Midwest, but his core lineup from the Pilsner to the IPA are all great, and then his Farm to Barrel series is just mind-blowing!

Eric Flanagan, 99 Hops House general manager
I’d probably say Yuengling, to keep people happy. Everyone seems to ask if we have that beer.  For me personally, I wish we could get Wicked Weed out of Asheville. My parents live in Charlotte, so I visit a lot. The brewing scene there and all over North Carolina is impressive. Wicked Weed’s Belgians and sours are delicious.

Alex Workman, Scouting the Taps
Dogfish Head, Bruery and Russian River are low-hanging fruit here. Outside of those, I would really like to see Revolution out of Chicago distribute to KC. They have a wide offering of high-quality and adventurous beers for all palates!

Thomas Woodward, Torn Label taproom manager
After careful consideration, I’d have to say Half Acre. Never had a bad beer by them; they make beers I’d legit buy often. I’m a can fan, and those guys fuck.

Chad Moats, KC Nanobrews
I’m a big fan of Surly out of Brooklyn Center, Minnesota. I like how their beers defy traditional beer categories.

George Clarke, Charlie Hooper’s general manager
I know you asked for one, but I think that Missouri would go nuts if we got Dogfish Head, Brooklyn Brewery or New Glarus. New Glarus would personally be my top pick. They are always in the top 20 in terms of volume of all the craft breweries, and they don’t even distribute outside of Wisconsin. Their Spotted Cow Ale is one of the best everyday drinking beers around, but they also make a Raspberry Tart (framboise) and Serendipity (fruit sour ale) that are phenomenal.

Jennifer Helber, Grain to Glass owner
The Lost Abbey/Port Brewing — but doubtful they’ll distribute to the Midwest. I knew several guys (and their QA manager, Gwen) who went to work there and have met Tomme Arthur numerous times. Of course, their beers are great!

Jake Vermeer, Barley’s Brewhaus Midland Drive bar manager
If there is anyone I would like to see in KCK, I would love to get Crooked Stave and Funkwerks. Those two would be incredible to have in KCK. KCMO does have Crooked Stave, but Funkwerks would be a game changer.

Erica Schulte, Back Napkin Restaurant Group marketing director
The beer-for-the-greater-good side of me would probably say 3 Floyds. They make a variety of beers that accommodate all different palates. Zombie Dust is so delicious! And it’s just a pale ale. People are so concerned with super boozy or bitter and crazy beers, they tend to not appreciate the wonderful, more simple styles, like pale ales.

The selfish, nerdy side of me would say Wicked Weed because those are my kind of beers! Funky and wild, bottom of the barn, dark and fruity, light and tart. Every beer I have been lucky enough to have of theirs is delightful. The brewers are super humble and labeling it so creatively.

Rafi Chaudry, Torn Label Brewing Co.
My immediate inclination was to think of which brewery’s beer I would love to be able to drink all the time — year-round flagships, not just limited releases.

I thought of Russian River: I think it’s pretty apparent that we love our hops at Torn Label, and Vinnie [Cilurzo]’s beers are the epitome of the West Coast-style IPAs I miss most from my years in California. Setting aside the heavily mythologized limited releases like Pliny the Younger — as amazing as that is — if we just had Row 2/Hill 56 Pale or Blind Pig IPA on a regular basis, I’d be set.