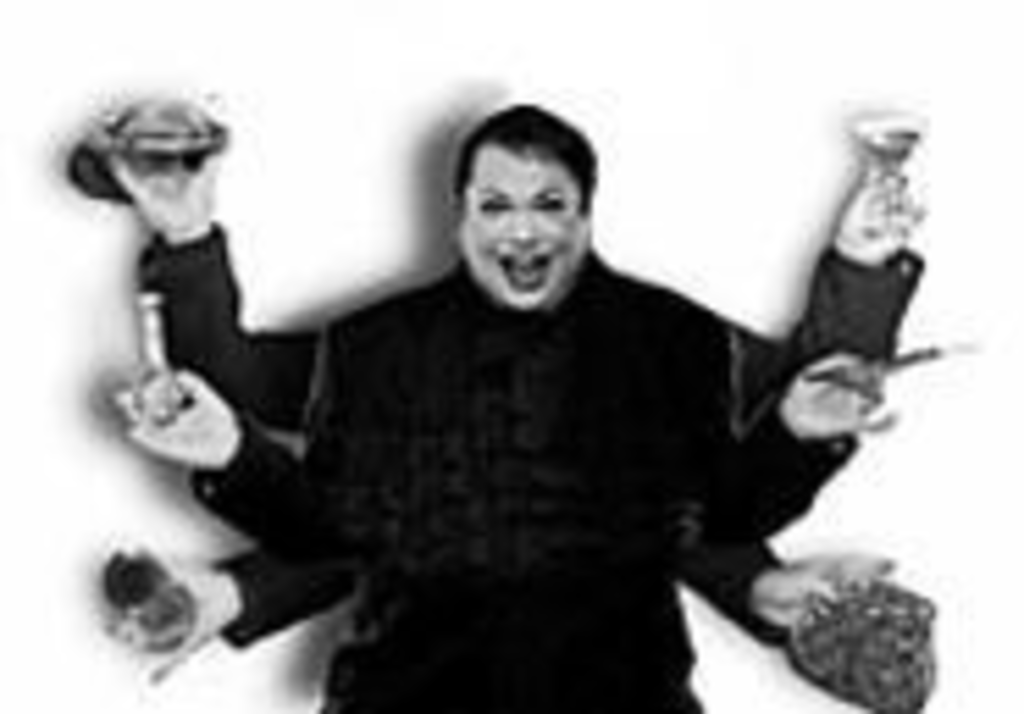 6/3-6/19
Late Night Theatre’s first experiment with one-man shows was Ron Megee’s successful debunking of Christmas with his version of David Sedaris’ The Santaland Diaries. The venue embarks on a new one-man endeavor this week when Late Night veteran Philip “Blue Owl” Hooser performs a salute to the 1939 film adaptation of Clare Booth Luce’s play The Women. It’s called The Woman — probably for copyright reasons but also because, bravely or insanely or both, Hooser plays all forty-plus roles himself. “It takes place in a hat shop with a character who’s performing it for his own benefit,” says Hooser, who adds that, at parties, he’s been known to perform bits from the movie “at the drop of a hat.”

Film buffs — and gay men worthy of their Q cards — know the movie well. It’s noteworthy for several reasons, not least because its entire cast is female; though they talk about men constantly, there’s not a male face in it. And with such utterly bitchy lines as “There’s a name for you ladies, but it isn’t used in high society outside of a kennel,” the show fits Late Night like an elbow-length satin glove. Call 816-235-6222 for tickets. — Steve Walker

Three-Day Jam
The grass is blue at Doolittle Farms.

6/4-6/6
Big Smith headlines this year’s High Prairie Jamboree, a three-day bluegrass and roots-music festival in Leavenworth. We’re not going to make any jokes about the fact that the Ozarks-based band is made up of five cousins. It would be so easy, you see. Banjo-playing, bushy-bearded kinfolk from Missouri are easy targets. They even admit to keeping it in the family — some of their acoustic ditties have been passed down through five generations. (Damn! Sorry. We tried to resist.) The self-proclaimed hillbilly band, which has opened for the likes of Emmylou Harris and Doc Watson, plays Doolittle Farms this weekend with the Two High String Band, High on the Hog, Mike West and lots of local yokels.

Weekend passes, which include camping rights, cost $45 in advance at It’s a Beautiful Day (3916 Broadway) or Mass Street Music (1347 Massachusetts Street in Lawrence). You can also call 913-772-6971. Single-day tickets are available at the gate. For a complete festival schedule and venue information, see Doolittlefarms.com. — Sarah Smarsh

Get Out of Town

SAT 6/5
Weston, Missouri, is typically known for its quiet, charming atmosphere, where visitors enjoy shopping on the historic town’s Main Street and lazing away afternoons at the Pirtle Winery. This Saturday, however, it’s all about the beer, brats and barbecue at the annual Weston Music Festival. From 11 a.m. to midnight on three stages, O’Malley’s Pub (540 Welt Street) hosts some of the nation’s premier blues, jazz and zydeco artists, including Anthony Gomes (right), Chubby Carrier and his Bayou Swamp Band, and Larry Garner. Call 816-640-5235 for tickets, which are $8 in advance and $10 at the gate. Then make arrangements to stumble over to one of Weston’s sweet little bed and breakfasts. — Annie Fischer

This First Friday, we recommend sticking around the eastern-most outposts of the Crossroads Art District. At the Farm, a new gallery at 500 East 18th Street, check out the layered paintings in Gregory Thomas’ Dark/Bright opening before heading next door to the Next Space (512 East 18th Street) for the 11 p.m. performance of Crash, a brand-new performance by Princess Squid Productions. For Crash reservations, call 816-531-6639. — Michael Vennard