Alkaline Trio’s Dan Andriano on his solo work in the Emergency Room; At the Replay Thursday 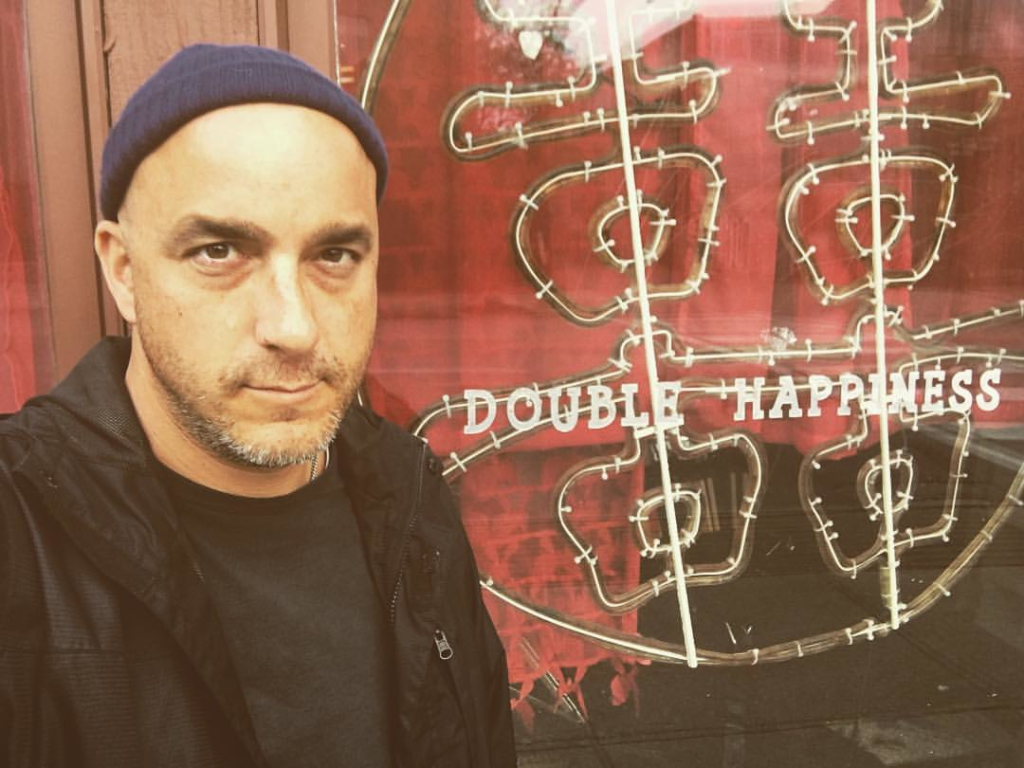 Dan Andriano is best known as the bassist for Chicago’s Alkaline Trio, in which he shares vocal duties with guitarist Matt Skiba. However, in addition to his main band’s eight albums, Andriano has a robust catalog of solo material. Recording as Dan Andriano in the Emegency Room, he has released two albums — Hurricane Season and Party Adjacent — via Asian Man Records, the California independent label on which Alkaline Trio got its start.

Andriano’s setting out on a solo acoustic tour with the Get Up Kids’ Matt Pryor, and it’s a rare chance to see members of bands which normally headline theaters in an up-close and intimate performance. In the spirit of that dichotomy, we spoke with Andriano by phone about the differences between solo work, side projects, and the whole band aesthetic.

The Pitch: When you have a side project and a main band, how do you decide which songs go to whom?

Dan Andriano: For me, it usually works out that I can just tell right away. I don’t usually pick up a song with the intention of writing a song either for Alkaline Trio or myself. But, I’ll start fucking around, and working through something, it’s almost like I know who it’s going to be for, just based on the vibe.

Unless – when I was writing Party Adjacent, I was kind of in that mode, you know what I mean? So, more songs in that vein were kind of coming naturally, which I knew were going to be for that record, but again: if something came up which felt more like a Trio tune, I was probably going to keep working on it, and not just set it aside.

In terms of that vibe, is it an emotional vibe or a sonic one?

Usually more of a sonic thing. It’s more like how I’m going to want it to sound on the record. I feel like the songs are pretty different, with a few exceptions. In my head, it’s pretty obvious what I’m doing. Like, on my last record, there’s a song called “Haunt Your House.” That was originally demo’d for an Alkaline Trio record – My Shame Is True – and we didn’t end up recording it or doing anything with it, and I kind of had it in my back pocket.

I did a few things to the tune, because I really liked it, and I was able to alter it to make it a little less aggressive – not that it was ever really aggressive, but it was a little fuzzier and a lot like, punk rock, but I think it turned out really well in the context of Party Adjacent. But again, that’s a rarity.

You’ve been part of Alkaline Trio for nearly 20 years, and have done solo work for nearly ten, yeah?

I suppose so, but I’ve always done solo work – not that I’ve always done it, but around Chicago, I would sometimes play shows by myself, or get out with friends for a little regional tour doing solo stuff. I guess I probably first started putting out songs like, ten years ago, yeah.

That’s actually something I was curious about: you were in bands before Alkaline Trio, like Slapstick and Tuesday, but were you the sort of kid who wrote songs on an acoustic guitar in your bedroom, or did you jump straight into the whole band thing?

No, I started with the whole band. I started playing with bands when I was really young, like 14. I just ended up playing bass by default, in a band with my older brother. From there, I went into another kind of local band that ended up touring a little bit. And, yep, that band was called Slapstick, and from there, I didn’t really stop, in terms of being in a band. I’ve never really had a stockpile of songs from hanging out at home, and once I had a chance to to be in a band, I had all this stuff to present.

Well, yeah – I suppose being in a band is a quorum, usually. Was it at first a little ominous to sit down and write songs for just you?

Making Hurricane Season kind of made me crazy, because I didn’t just write the whole thing myself: I recorded it myself. I played almost everything on it. At some point, I started to lose sight of what was good or dogshit. I had no-one to bounce ideas off of. From being in bands almost my whole musical life, I’ve always been into that sort of collaborative way of thinking.

Now that I get to do this Emergency Room stuff, it’s kind of a relief. I get to be in a band with two of my friends. I get to do whatever I want, and kind of get to be the dictator. A kinder one, but still the louder voice. I’m always looking for ideas from people and good feedback, and I want to make sure that the people playing with me on the record and on tour are stoked, so it’s not like that. But, I like to be able to write something, and be like, “This is good. Moving on.” I kind of get the best of both worlds, in that regard.

Dan Andriano plays the Replay Lounge with Matt Pryor on Thursday, March 16, at 6:30 p.m. Lily Pryor opens, and details can be found here.