Alice Cooper on his latest, Detroit Stories, and honoring the past without nostalgia 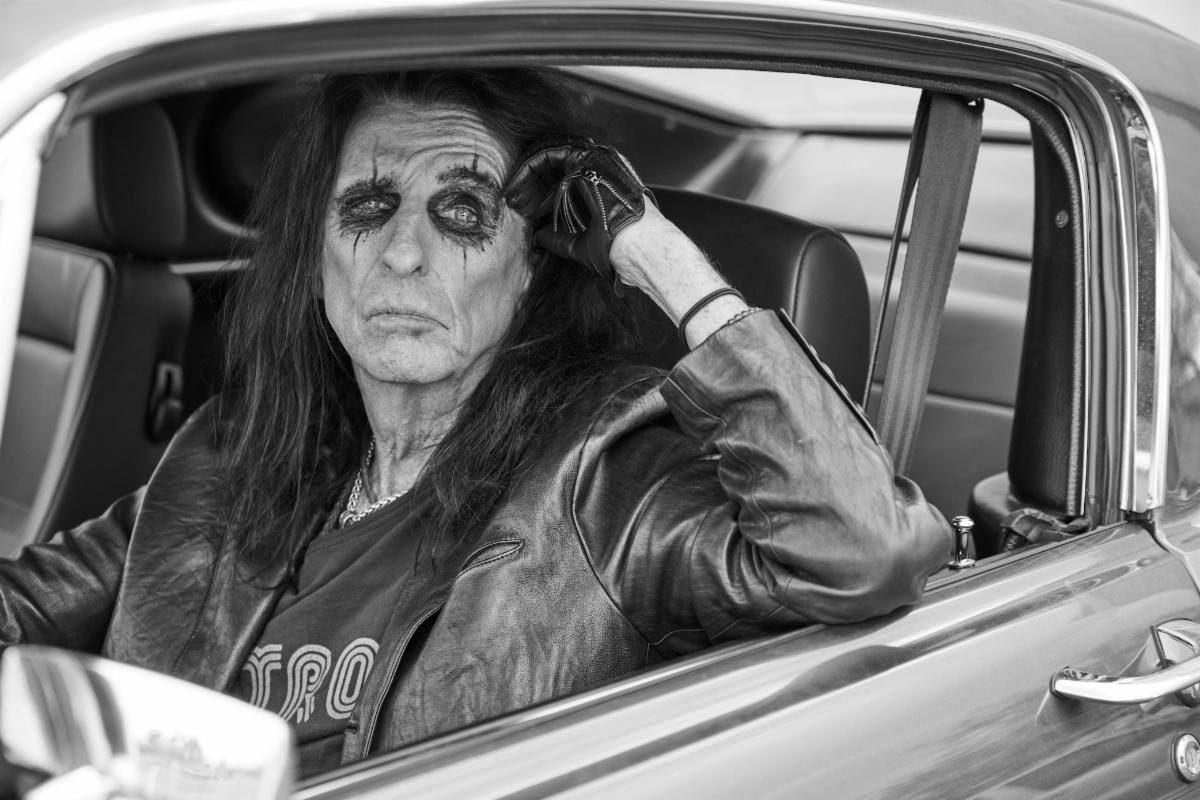 Rocker Alice Cooper ought need no introduction for any coverage regarding his new studio album, Detroit Stories. His face makeup is iconic, in and of itself, just as much as that of David Bowie or KISS. You see it and it, even if you’ve never heard a lick of classic songs like “School’s Out,” “Welcome to My Nightmare,” or “I’m Eighteen.” On his latest album, Cooper pays homage to some fellow icons, by covering the MC5, Bob Seger, and the Velvet Underground, all in his inimitable style borne out of the Detroit scene in which the original Alice Cooper group came to prominence.

When we spoke by phone one Friday night in early February, we dug into the inspiration behind Detroit Stories but first, we talked about another icon–the equally familiar image of the hockey-masked Jason Voorhees.

The Pitch: I’d like to thank you because you and something you did managed to convince me to buy a 16 disc Blu-ray set over Christmas, and that’s your participation in this gigantic Friday the 13th box set that came out last year from Scream Factory. It was really cool to get to see you really dig in and talk about your work for the Friday the 13th films and your song, “He’s Back (The Man Behind The Mask).” What was it like, digging back into this movie that came out 30 years ago?

Alice Cooper: At the time, this was a whole new genre of horror movie. Before that, we had vampires and we had this and that, and all of a sudden, now we’ve got the boogeyman. The very first time that I saw Halloween and she puts the knitting needle in his ear and he’s dead and then she gets on the phone and you see him sit up I went, “Oh, okay: these guys can’t be killed. They’re the boogeyman,” and that was it. After that, of course, Friday the 13th, and all of that whole genre of film became a thing.

The funny thing, for me–that first thing I noticed–was that every kid teenager that got killed was a kid that you hated in high school. Isn’t it true? Every cheerleader and quarterback that wouldn’t give you the time of day? There was an idiot–the quirky idiot–and what I mean is every single kid that got killed, you went, “Okay, he’s doing us a service here.” It was a brand new idea. The whole idea behind the slasher movie was, “If you weren’t laughing halfway through it, there’s something wrong with you,” because it was so over the top.

It was so over the top that, if you didn’t get the absurdity of it, then there was something really wrong with you. They’re basically parodies of themselves and they’re great and I love that. I mean, in the Blockbuster days I would go in and I would never rent an ‘A’ movie: I would look for the ‘C’ horror movies. If I saw anybody in that movie that I ever heard of, I wouldn’t rent it. It had to be the real ridiculous ‘C’ movies, because they were much more entertaining than the big movies.

I just watched the other night, Plan 9 from Outer Space, voted the worst movie of all time. Yeah, it really probably was the worst movie of all time–maybe not as bad as Glen or Glenda, but really bad, and I couldn’t take my eyes off it. I loved it. The shower curtain in the airplane: where the two pilots are sitting on Samsonite chairs and there’s a shower curtain behind them? That’s just brilliant. If had been any better than that, I would have hated it.

I’ve always posited the theory that movies like that are folk art, but film.

Absolutely. What you have to love is the fact that Ed Wood tried so hard. He just would not take “no” for an answer. He is going to make that movie no matter what. I don’t know if he really thought it was good–I think he did–and that’s what made it so heartwarming: that this guy would not give up on what he believed was good was really good.

It’s very much like an Andy Hardy “Let’s put on a show!” situation.

Exactly: “I have a sheet! We can use that as a curtain!” and whatever. But you had to love the guy and I loved it when Johnny Depp did the movie because it really showed how much energy that Ed Wood put into these movies. 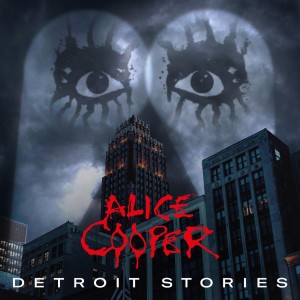 The reason I bring that up is that it seems like you are an artist who is willing to acknowledge both your own history but also musical and entertainment history without it being nostalgic. The new album, Detroit Stories, has several covers of songs that mean something to you, but I’m even thinking of your last album, Paranormal, where you had the classic lineup of the Alice Cooper band but also have that bonus disc that has recordings with your current band. It’s past and present all at once.

To me, the music is just a piece of clay: you can twist it and turn it and everything. I love working with the original band because we never broke up. We never divorced. We just separated. The original band was much more dangerous. It’s a much, much more dangerous sound than the band that I use on stage. The band, I usually say, is probably the best touring band of anybody–they’re so sharp, they’re so slick, that it’s ridiculous how good they are.

When I play with the original band–in London, what we did was, we did the whole Alice Cooper show with the touring band and everybody’s just, “Wow, what a sound! What a great set! What a great show!” and then the curtain came down. Then, when the curtain came back up, it was the original band and one of the reviews said the show was great: “It was crispy, it was this, it was that—boy, everybody loved it! And then, it got dangerous.”

What led you to like cover the songs that you did, like “Rock and Roll” or “Sister Anne”? When I first heard that you were covering the MC5, it made me so so happy, as well as Bob Seger and “East Side Story,” and all the rest.

We tried to find songs that were not hit. First of all, the song “Rock and Roll”: when we did “Rock and Roll,” Bob Ezrin had already done another version of that song. Bob produced Berlin for Lou and I and I knew Lou back at the Chelsea Hotel when we lived in the Chelsea Hotel in 1970. The Velvet Underground version was New York heroin chic–it was throwaway. [sings like Lou Reed] “When she was just five years old, there was nothin’ goin’ down at all”–just that throwaway.

So, I said to Bob, “You could take this song and put a V8 engine in it and take it to Detroit–put a V8 engine in it and up the horsepower. Put Joe Bonamassa and Steve Hunter on it and Johnny “Bee” [Badanjek] on drums and we’ll make this thing just rock like crazy.” He played it for Lori Anderson, Lou’s widow, and she says, “Oh, Lou would have loved this. Lou would have just loved this version because it turned it into a real rock anthem,” so, yeah–I was very proud of that song. At first, I went, “Oh, okay. We’ll try it,” and at the end of it I went, “That’s the opening cut on the album. Absolutely.”

Obviously, the MC5 and Bob Seger are both artists that are very important to Detroit. I’m very familiar with the stories of Bob Seger playing like massive, thousands of people shows in Detroit and then the next night, playing Chicago to maybe 300.

Absolutely. In Detroit, we were huge deals. Outside of Detroit? Now, we would play bars. That was exactly what Detroit was. When we moved to Detroit in 1970, I had never heard of Iggy and the Stooges. I had never heard of the Amboy Dukes. I’d never heard of the MC5. We were coming in from L.A. and L.A. hated us because we were just too disturbing for them, I think. We went to Detroit and got to this big pop festival. We had said, “Whoever gives us the first standing ovation, that’s what we’re moving.”

We got there three, four hours early and all of a sudden, I see this band: the MC5 and I went, Wow! A show band!” and they’re pure rock and roll and pure energy up there. I said, “That is really good. I’m not used to seeing that in L.A.,” and then I see the Stooges and I go, “Who is this guy?!” I mean, the band was so basic, and yet, Iggy was powerful up there–just because I’ve never seen anything so definitively punk as that in my life. I went, “Wow. I gotta up my game. These guys are really good,” and then we went on. When they found out I was from Detroit after they saw our show, we were the long-lost brothers, so we moved to Detroit.

Like you said: we would play a show at the Grande and it would be the MC5, Alice Cooper, and the Who to 1500 people. Big bands back then didn’t play arenas: they played ballrooms. Right across the street would be Iggy and Bob Seger and the Kinks. Detroit was such a musical city that you could have five concerts going on and all five concerts were packed and sold out. That was Detroit.

We would look down in the audience in this sweaty rock dungeon and I’d see Smokey Robinson and I’d see one of the Supremes and two of the guys from the Temptations because the Motown guys loved rock and roll. They would come in and watch it–the energy–and they would get off on that and then, we would go see their shows. There was no color thing. There was no, “Well, that’s black and this is white”–it was just music.

What does that do for you as a performer? Would you like look down and you’re like, “Smokey Robinson is in the audience?” What charge does that give your game on stage?

What was cool was the fact that they were cheering us on. They were their music and they weren’t threatened by what we were doing. They just enjoyed what we were doing and they listened. They said, “Hey, this band’s pretty good.” They’re listening musically and going, “Geez, guys–great guitar player. Great drummer. Wow, I love what they’re doing.”

And, of course, they were so classic that we would go see them in appreciation for what they were doing. We were going, “These guys sing so well! Man, look at all the stuff there.” Detroit was a really good mixing and melting pot just for music. All the bands were good friends. I mean, there was no rivalry. On a personal level, we were all just really good friends. We would go to parties after the show and all the bands would be at one party at Susi Quatro’s place or the next night it would be in Ann Arbor somewhere with another band. It was a really healthy musical scene back then.

Alice Cooper’s Detroit Stories is out Friday, February 26, on earMUSIC.