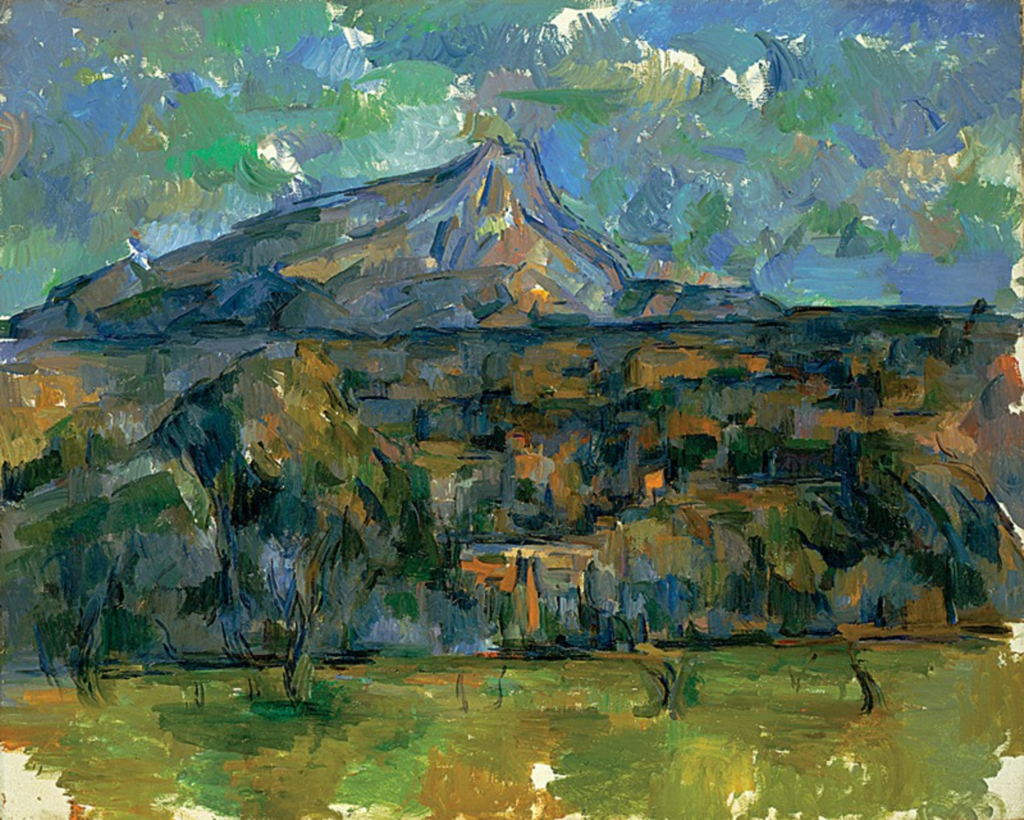 A pivotal figure in the transition from Impressionism (think Monet’s “Water Lilies”) to Cubism (Picasso), French Post-Impressionist painter Paul Cézanne invented a new way to represent three-dimensional space on canvas, breaking traditions that had been in place since the Renaissance and influencing generations of artists to come. British author Alex Danchev discusses his new book, Cézanne: A Life, in a Rainy Day Books-sponsored talk at the Nelson-Atkins Museum of Art. In a phone conversation with The Pitch, Danchev explains what makes Cézanne such a noteworthy subject.

The Pitch: You’re a professor of international relations. Why have you chosen art as one of your major areas of scholarship?

Danchev: I try to combine the general realm of art or works of the imagination with the realm of politics and international relations. I teach on art and war, for example, and I often write biographies. We should be treating the lives of artists more like the world’s historical figures, to bring them out of the ghetto of art and into history. Cézanne was truly one of the world’s historical figures in the sense that he is one of the people who created the modern world for us.

You begin your book by declaring Cézanne’s 1907 posthumous retrospective in Paris as the most consequential exhibition of modern times. That’s a pretty bold statement.

Cézanne died the previous year. When he died, the people who knew most about him were his fellow artists: Renoir, Monet and so on. They collected his work. They tried to understand what he was doing. He wasn’t really famous or well-known beyond those artists. Most people had never seen Cézanne’s work. They may have heard he was doing amazing paintings, but they wouldn’t have been able to see any because they weren’t in museums. They were in private collections. Something like 56 Cézannes in the middle of Paris — that was more Cézannes than anyone had seen before. Everyone went. People came from all over Europe and North America to see for the first time what the legendary painter had been doing. Some of the visitors there used what Cézanne had been doing in their own work. For example: Picasso, Braque and the Cubists.

Early on in the book, you use a quote from painter and theorist Maurice Denis: “I have never heard an admirer of Cézanne give me a clear and precise reason for his admiration.” How would you explain your admiration clearly, precisely and succinctly?

If you spend 500 pages of a book explaining this, it’s difficult to explain it in a sentence or two. Cézanne painted like no one else before him. Quite a lot of people say that. It looked utterly new and strange and took some getting used to. What was new about it was that he often dispensed with the conventions of painting that people had got used to, the usual sort of perspective, where things look smaller as they recede in space. That doesn’t necessarily happen in Cézanne’s paintings. Things might be at a slant, rather than straight up. The colors might be muddled; you might have a blue tree and some red sky. I admire all this because he made it work. He made you see the world as he saw it — but a new world, a Cézanne world.

Several of Cézanne’s associates described him as tormented with self-doubt. That’s a recurring theme in the lives of modern artists — the tormented genius in his studio.

Cézanne is associated very much with the torment of self-doubt. Probably the most famous article written about him is called “Cézanne’s Doubt.” That was written by a philosopher [Maurice Merleau-Ponty] in 1945, well after he died. It was an indication of just how much he was associated with the idea of the great, tormented artist. He has become the great tormented artist in many people’s eyes.

Personally, I think his torment has been overdone. I try to explain how he was more normal and less pathological than many people think. There’s a famous story of Cézanne meeting van Gogh, another famously tormented artist. And I think it’s only a story — it’s too good to be true. Van Gogh showed his work to Cézanne, and Cézanne said, “My God, you paint like a madman.” The very existence of this story is an indication of his association with torment.

You devote several lines of your book to disputing prominent myths about the artist. What misconception is so strong that you expect it to linger even when you’ve disproved it?

Probably the misconception, in my opinion, that he was pathologically afraid of women and, by extension, that he had difficulty conducting normal relations with people, including his own wife. I think that misperception is very deeply ingrained. I’ve tried to fight against it in my book.

The Nelson-Atkins has one of Cézanne’s paintings in “Mont Sainte-Victoire” in its collection. That’s a subject Cézanne returned to over and over again. Can you explain his fascination with the subject?

He painted that mountain about 40 times — a lot, a lot. He would be spending sometimes days, sometimes weeks looking at the mountain and painting the mountain. For him, it symbolized the land, the country, his country, that he felt he knew so intimately and meant so much to him. He had a profound understanding of the land.

One of his friends was a geologist, and in one of his sketchbooks, there were sketches of the various periods of the Earth’s formation. Cézanne understood very deeply, very personally, how the land had got to be like that — why there were mountains, why there were forests, how long they had been there. He had a profound love of the land. He was in his own way an environmentalist, before the environmentalists. I think the mountains spoke to him in that context.

You include a quote by Ernest Hemingway in the epilogue: “I learned to understand Cézanne much better and to see truly how he made landscapes when I was hungry.” What do you think he meant, and why did you include it?

I was intrigued that Hemingway had spent so long looking at Cézanne’s paintings in Paris, and he felt he had gained something from looking at them for his own art. One of the things that interests me most about Cézanne is how he’s been an exemplary figure for all sorts of artists, writers, philosophers and poets, not just other painters, but all kinds of people — including, for example, Hemingway. I put him in as an example of that, of the sheer breadth of his influence.

What he meant by it is hard to tell. I think it’s partly a joke on Hemingway’s part, in that some of the paintings he was looking at were still lifes and they were chock-full of things to eat while he was hungry. Perhaps that made him hungrier, or perhaps it sharpened his vision or senses, so he had a keener appreciation for what he was looking at. I think it’s partly a sly sense of humor on Hemingway’s part. Cézanne’s sense of humor was also a little sly in that it was hard to tell if he was being serious or being funny.

Alex Danchev speaks about his book, Cézanne: A Life, at 7 p.m. Friday, November 9, in Atkins Auditorium at the Nelson-Atkins Museum of Art, 4525 Oak. For details, see nelson-atkins.org or rainydaybooks.com/alexdanchev.