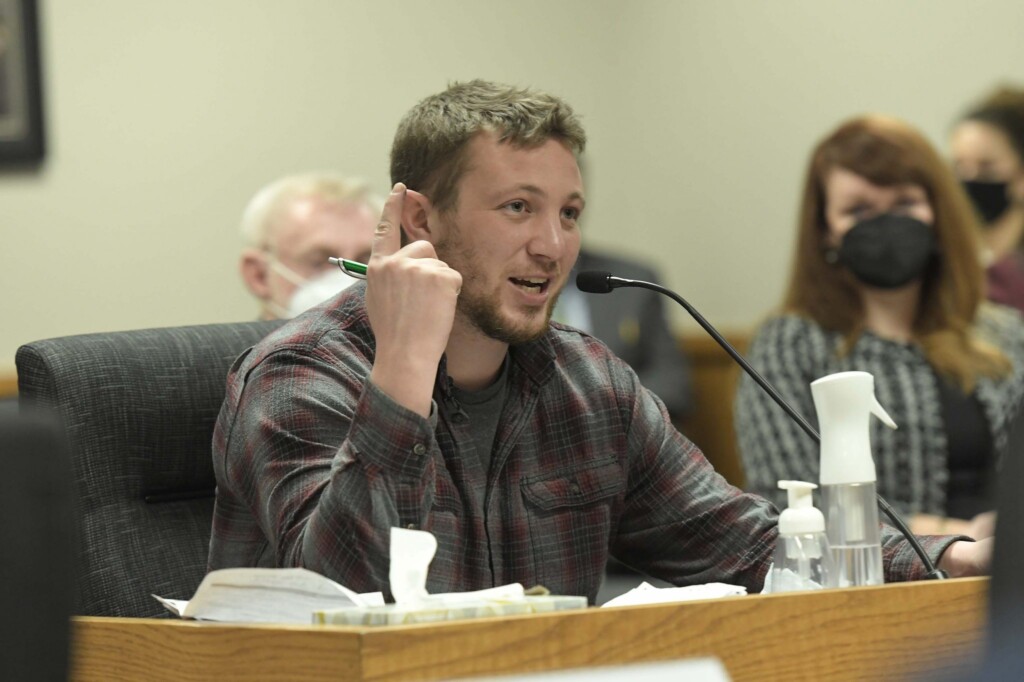 Allen Knoll, who was sent to Agape Boarding School in Missouri, testifies during a committee hearing on Feb. 10, 2021, about abuse he endured. // Photo by Tim Bommel/House Communications

Agape Boarding School, the Stockton-based Christian residential facility under scrutiny for alleged abuse of its students over decades, announced it will shut down Jan. 20.

According to a statement provided to The Independent Wednesday afternoon by John Schultz, an attorney for Agape, the school has “made the decision to stop providing services to the boys in its care.”

“Agape’s decision to close is voluntary,” Schultz said, “and solely due to the lack of financial resources to continue caring for the boys.”

The closure is long-awaited for dozens of former students who have gone public with their allegations of physical, mental, and sexual abuse at Agape, which opened in Missouri in 1996 and has, for the last few years, been at the forefront of the state’s reckoning over abuse allegations at unlicensed faith-based boarding schools.

Allen Knoll, a former student and advocate, said he is “ecstatic for all of the survivors that have fought for so long bringing this issue to the forefront,” and called the news a “huge deal, after two and a half years of fighting.”

In numerous lawsuits, former Agape students detail a range of allegations, from having food withheld as punishment to being forced to submit to physical labor and extreme exercise to being taken off prescribed medications.

As long-time director Bryan Clemensen explained in testimony earlier this month, Agape has been struggling financially, forced to transition to a group-home setup amid dwindling numbers of students. There used to be a budget of $4 million per year, Clemensen said last month, which was down to $400,000 — quickly adding that now, “I’m sure it’s not even that.”

Missouri’s attorney general, along with the state Department of Social Services, filed for an injunction on Sept. 7 seeking to close Agape, alleging an “immediate health and safety concern” to the children there. It has been tied up in court ever since, over procedural matters.

The Department of Social Services said in an email to The Independent that they are “in consultation” with the attorney general “regarding steps forward with pending litigation” against Agape,  and that their “top priority is to ensure the safety and well-being of Missouri children.”

The attorney general said by email: “I am proud of the work that this office has done to protect the students at Agape, and I will continue to use every tool at my disposal to make sure children throughout the state are able to thrive.”

Other avenues for state action frustrated former students too: Criminal charges against school leaders fell short of what the state attorney general recommended, and a push by the state to put the school’s director on a child abuse registry — and thus ban him from working at the school — was upended, for the time being, last month.

Agape’s focus now, Schultz said in the statement, is “getting the boys who remain in the program safely transitioned to their parents or to foster care, other group homes or residential programs.”

Knoll said he doesn’t believe the decision to close is truly voluntary.

“They can say it’s voluntary all they want but they fought tooth and nail to remain open,” Knoll said, despite pressure to close, continuing that “It’s a great victory for those that have shared their stories.”

“It’s a great day for Missouri and for survivors,” Knoll said. “It’s a shame that Missouri with our new laws and our politicians weren’t bold enough to do it sooner, but it’s a great day.”