After Trump loss, replace populism and pity parties with persuasion and pragmatism 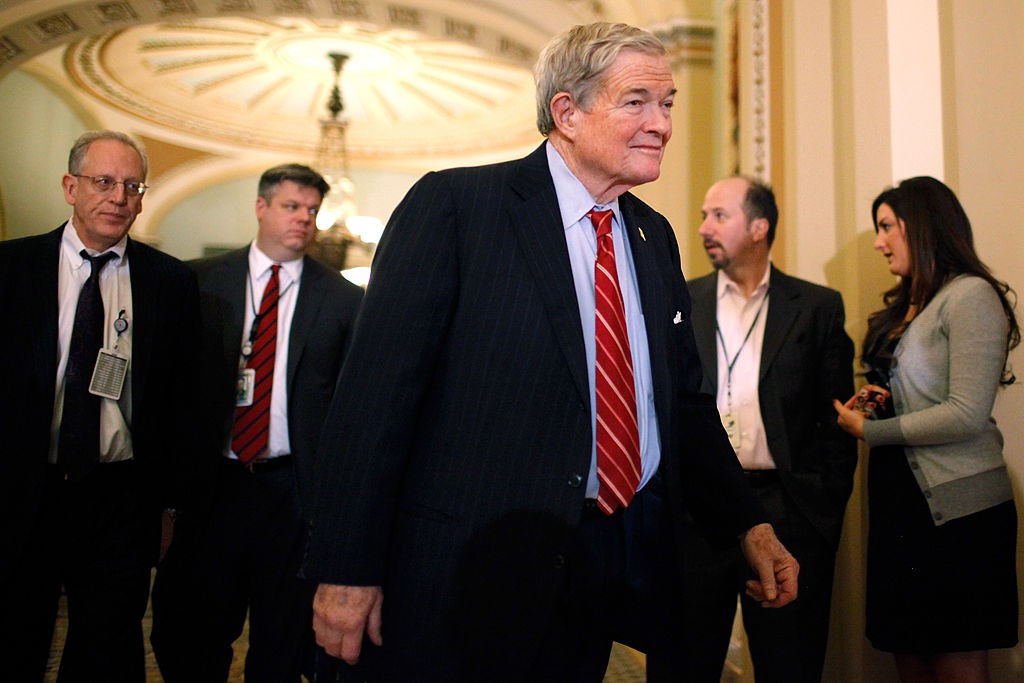 Then-Sen. Christopher “Kit” Bond heads for a closed session of the Senate about the new START Treaty, a ratification of a nuclear-arms treaty with Russia, in the U.S. Capitol December 20, 2010 in Washington, DC. // Photo by Chip Somodevilla/Getty

Reflecting over these last few weeks as the president continues to attempt to undermine the outcome of the election with unsubstantiated claims of fraud that have been rejected by courts around the country, I am reminded of an important lesson I learned 14 years ago.

On the morning of Nov. 8, 2006, I woke up disappointed due to the results of the U.S. Senate race in Missouri the night before.

At the time I was fortunate to be on the staff of Missouri’s senior senator, Republican Kit Bond. I was hungover and discouraged by the outcome the night before, but joined the senator and senior staff for breakfast.

That’s where I learned the lesson of a lifetime from a simple telephone call he made.

Sen. Bond called Senator-elect McCaskill, congratulated her, and, sincerely, said he looked forward to working with her. More importantly, he offered to have his well-seasoned staff in Missouri and Washington assist her staff in every way it could for a smooth transition into her new role.

This, to me, was completely jarring.

In my early 20s, I was somewhat of a true believer and had drunk the proverbial Kool-Aid from talking heads and ads that had said the sky would fall if McCaskill won and Democrats prevailed.

Plus, I had just witnessed Sen. Bond relentlessly campaign all over the state to keep his colleague Jim Talent in the upper chamber with him. How could he want to work with her?

Back to the lesson. Sen. Bond showed in one phone call the way our politics should be, and the way they used to be — civil and honest. He accepted the outcome of the election and immediately sought to reach out and work together with the very person he campaigned against, for the betterment of Missouri and ultimately our country.

He fought like hell against a Democratic Senate majority, but he did so in a civil and honest way.  He focused on policy contrasts, not politics of personal destruction, or attacks on McCaskill’s motives or that of her supporters.  Because of that approach, the ability to forge the new relationship and work together was made possible.

This was a time when United States senators sought to persuade one another, and the public, to their point of view on how to address the issues before our country, rather than taking shots at their colleagues, acting like pundits with memes and bumper sticker slogan tweets that are all too commonplace today.

As Nebraska Sen. Ben Sasse recently said, “this is a nation of laws, not tweets.”

So the lesson was this: When elections don’t go our way, it is our duty to first acknowledge and accept the result and our shortcomings, and then do the best we can in the circumstances before us. This will require moderation, compromises, and pragmatism.

The is not a call to abandon our principles and priorities, but rather to recognize that an alternative viewpoint exists, and prevailed, and therefore should be honored.

I think a very admirable example of pragmatism is personified in Gov. Parson’s leadership in navigating two critical issues in our state.

First, the governor courageously campaigned in 2018 for a modest motor fuel tax increase to address our undeniably decaying roads and bridges. I say courageously because he willingly campaigned for a tax increase in an anti-tax environment within a bright red state, unafraid of a potential primary opponent attack.

Secondly, Gov. Parson has committed to implementing Medicaid expansion, despite Republican opposition, because it was approved by a majority of Missourians at the ballot. It is laudable that he recognizes the need for pragmatism, acting as both a delegate and a trustee for Missourians while honoring the alternative viewpoints that prevailed on an issue most of his own party objected.

In 2006, I didn’t see a moment of self-pity from Sen. Bond, but rather an impressive pivot to the new playing field and an eagerness to get back to work on the issues.  Issues he agreed and disagreed with his Democratic colleagues and friends on, issues important to the country – not just his electoral prospects.

Kit went back to work like the Chiefs did after a frustrating AFC Championship loss.  Brett Veach, Andy Reid and Patrick Mahomes didn’t question the outcome or attempt to undermine the result because of the atrocious officiating. Rather, they congratulated their opponents and went back to work, only to become Super Bowl Champions the following season.

So as we approach Thanksgiving, I am still thankful for the opportunity to work for and learn from a statesman like Kit Bond, for the lesson itself, the example he set and the directive he gave me with that simple phone call.

I’m thankful that it encouraged me to develop a meaningful relationship with McCaskill aide and my counterpart at the time, Greg Razer, now a state senator representing Kansas City.  Finally, I’m thankful that the lesson led me to have a more open mind about policy, politics, and most importantly, about people in general.

We should return to a time when we, the people, demanded a higher standard of our elected officials.  Missouri Republicans were right to force the scandal-ridden-indicted former governor of their party to resign in 2018, and that same standard should be applied to the president.

Words and actions matter, and a majority of American voters agreed and said no to the politics of grievance and division over the last four years. It would be wise for Republicans to acknowledge the fault, and commit to a new path forward, and for Democrats to be as willing to work together as they were in proposing it as an alternative on the ballot.

Acknowledging who won the presidency should not be a provocative position for Republicans, and recognizing that your legislative losses are due to more than gerrymandering should not be dismissed by Democrats. Credibility in our government can be restored if these steps are taken in good faith.

Politics should be about addition, not division. Persuasion and pragmatism lead to good policy, and good policy is ultimately good politics.

Subscribing to “ends justify the means” politics (but judges!), amplified by social media and cable news, has unquestionably divided our country in a time desperate for unity during a raging pandemic. We can benefit from President-elect Joe Biden’s tone and unifying approach, a sharp contrast from the last four years.  The career public servant’s desire to return America to a leadership position in the world, rather than one of isolation is also encouraging and should be given a chance to succeed.

Character is destiny, and I look forward to the return of the old character of politics where civility and common truths are shared, and in turn a more united America.

This Thanksgiving, we should all be thankful to live in a country with free and fair elections.

The piece is reprinted with permission via Missouri Independent, who focuses on important Missouri political and policy work.