After Rush Limbaugh debacle, the public will nominate people for Hall of Famous Missourians 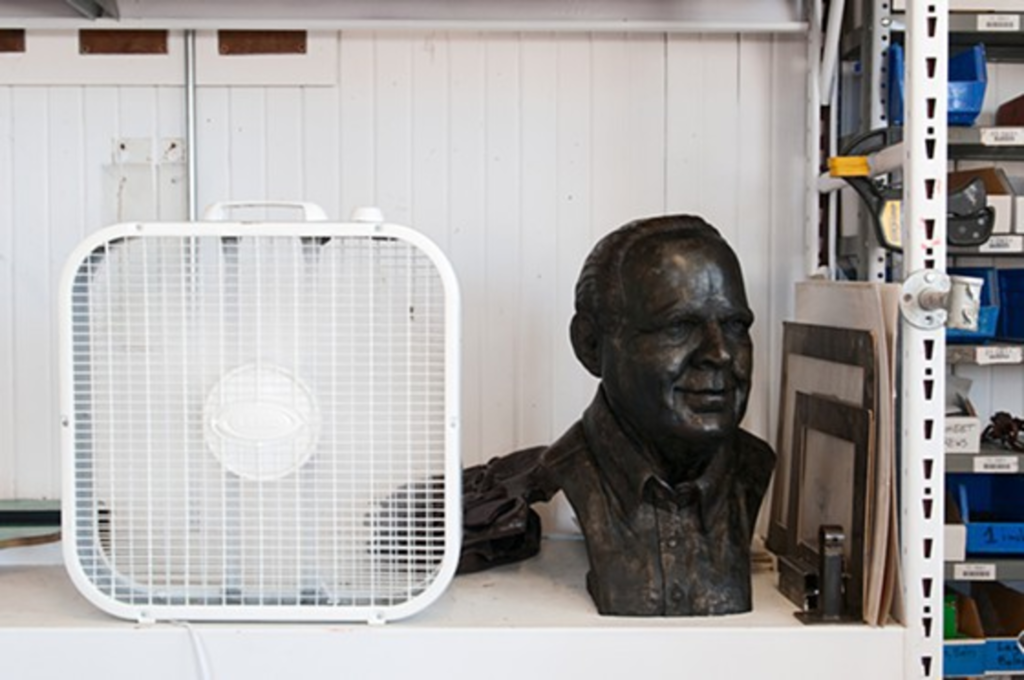 Missouri House Speaker Tim Jones announced today that he’s changing the way people get enshrined in the Hall of Famous Missourians at the Missouri State Capitol. Last year, members of the Missouri House and then-Speaker Steven Tilley took weeks of flack and generated heaps of negative press when talk-radio blowhard Rush Limbaugh was inducted to the hall.

After the hullabaloo arose over the controversial induction, the bust was unveiled in a nearly secret ceremony that was announced only 20 minutes before it began and was sparsely attended. (Last year The Pitch profiled E. Spencer Schubert, the Crossroads sculptor who received threats and hate mail for creating the bust.) The bust was so controversial, it had its own security camera pointed at it.

But now, Missourians will get to vote for future members of the hall.

Jones said in a statement that the new system will allow people to suggest Missourians for the honor through the hall’s webpage. He will then create a top-10 list from the suggestions, and voting will be opened to the public. The two names that get the most votes will be enshrined. Jones himself will decide on a third inductee, maintaining a power that the sitting speaker traditionally has held.

“During my time as a member of the Missouri House I have heard from citizens from all around this state who have strong opinions about great Missourians that should be included in the Hall. This is their opportunity to have their voices heard, to help us recognize the outstanding individuals who have made important and lasting contributions to society, and who truly deserve to join the ranks of the remarkable individuals already enshrined in the Hall of Famous Missourians,” Jones said in the statement announcing the changes.

The initial nomination period closes on September 13, 2013. You can make suggestions here. Voting on the top 10 will conclude on October 13.