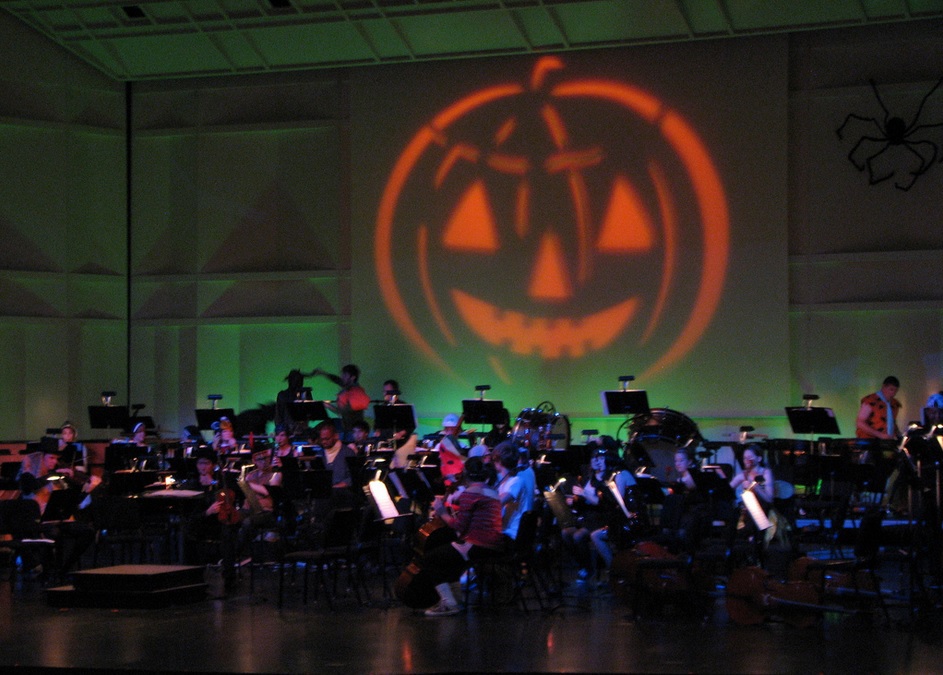 To the chagrin of Lawrence-based fans of classical music and Halloween, the KU School of Music’s Halloween concert hasn’t been held for four years. Good news, though: the show will make a triumphant return to Lied Center this Thursday, October 31.

“When I arrived here, I asked the students what they liked about the orchestra, what they wanted to change, what was good, what was bad,” says Carolyn Watson, who took over as director of orchestral activities for the KU Symphony Orchestra in 2018. “And there was a lot of feedback that said, ‘We love the Halloween concert. Please bring back the Halloween concert.’ I thought, OK, let’s see what we can do.”

Watson isn’t sure she’s yet in a position to commit to doing the concert every year (started in 2009, the concert ran annually until 2015), but she does want to make clear that this year’s return is special in more ways than one. Notably, both the Free State and Lawrence High School orchestras will be participating in the show.

“That’s almost an extra 60 students that will join us for the final piece on stage,” the director says, referring to the massive finale on Saint-Saens’ Danse Bacchanale from Samson and Delilah. “That’s a really cool thing. I think that the orchestra should be for the community, and I understand that there was a lot of community support for the Halloween concert, so this seemed like a really good opportunity to invite our younger colleagues to join us. I see that as our role.”

The Halloween concert comes smack in the middle of the semester, right after midterms and just ahead of finals and another annual concert, the holiday Vespers, making this a chance for the orchestra to let its hair down a bit.

“It’s something a little bit different, and totally fun,” Watson says. “I think Vespers is a lot of fun, too, but a different kind of fun.”

Even though this is just Watson’s second year at KU (she did three years as director of orchestral studies at Texas State University and two years as music director of the Interlochen Arts Academy Orchestra before that), she’s figuring out new ways to build on past KUSO performances.

“We did a work in March, Benjamin Britten’s The Young Person’s Guide to the Orchestra, that the provost narrated,” she says. “The orchestra really enjoyed having someone speak, so they requested more works of that nature. We’ve got one of our theater professors [Santiago Sosa] coming, and he’s going to narrate The Legend of Sleepy Hollow.”

Based on the Washington Irving short story, with composition for orchestra by Jim Stephenson, The Legend of Sleepy Hollow is a relatively new piece, first written for orchestra and narrator in 1996.

“It’s such a great composition,” Watson says. “It’s very well-written, and the music is very colorful, and really depicts the story.” 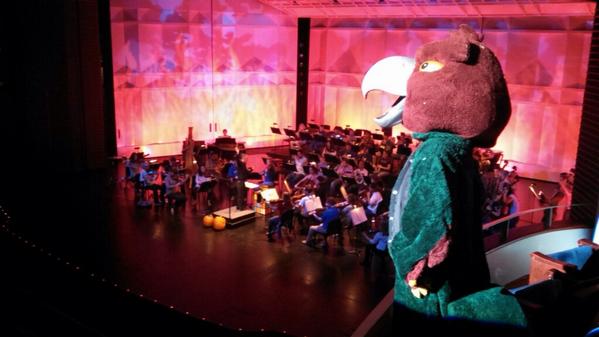 Past Halloween performances included high school mascots popping up in the balconies, or former conductor David Neely directing the orchestra with a ram’s head staff during Grieg’s “In the Hall of the Mountain King.” Any surprises in store this year?

“I don’t want to give everything away, but I am encouraging the orchestra to wear costumes, if they would like,” Watson says with a sly grin. “And I think there is a reasonable chance that at least one of the conductors might be in costume. We’ll have to see how far that goes.”

The KU Symphony Orchestra’s Halloween Spooktakular is at the Lied Center on Thursday, October 31. Details here.