Adrift in a divide 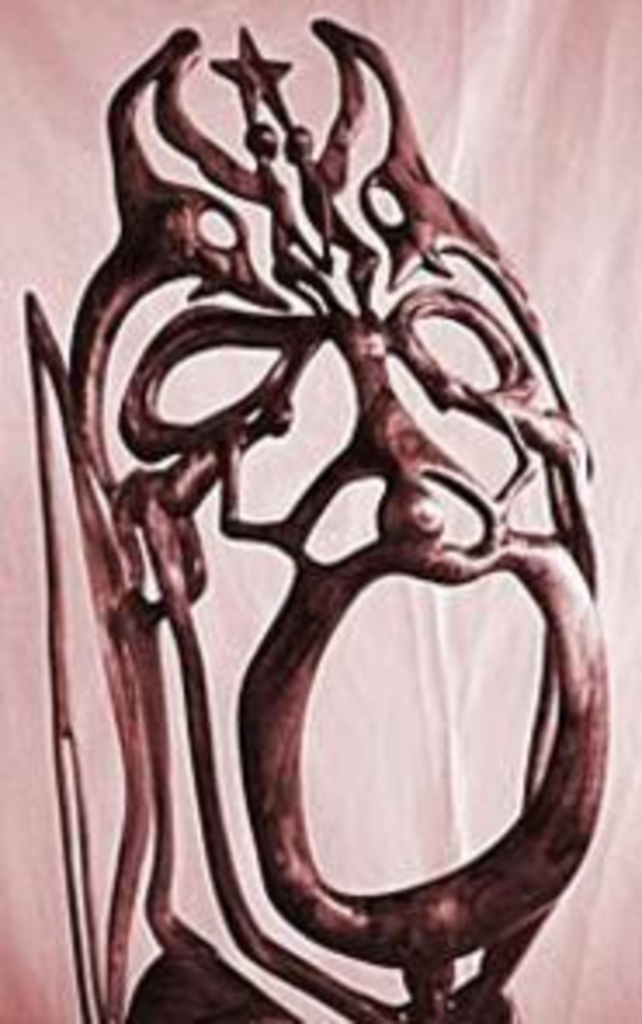 The title of Cuban artist Rafael Perez’s show at Fahrenheit Gallery, So Near and Yet So Foreign, derives from the slogan of a mid-’50s, pre-embargo tourism poster. “Visit Cuba,” the poster urged, “90 miles from Key West.” An illustration of a buxom girl playing the maracas enticed prospective American travelers. Only the red star on her straw hat identified Cuba’s political climate.

For a Cuban citizen these days, a trip in the opposite direction — toward the coast of Florida — requires a test of will, not a credit card and a new bathing suit. Perez made this journey in 1994 during a period of uncertainty in Cuba caused by the fall of the Soviet Union. At that time, Fidel Castro allowed his citizens to flee without pursuit during a short “special period.” Perez, along with five others, constructed a raft and set out across the ocean. After three days, the raft fell apart, but Perez survived three more days by clinging to an inner tube. The Coast Guard picked him up and brought him to a refugee camp, where he lived for a year before eventually ending up in Kansas City.

With the drama of Elian Gonzalez playing out in the media, this mysterious 90-mile division between communism and capitalism has fallen under scrutiny. For Gonzalez and his family, an ocean between two ideals transformed a domestic squabble into a national debate. For Perez, making art has been a political struggle as well. Trained as a furniture designer, Perez was jailed twice for selling his wood sculptures in Cuba. Decidedly apolitical in form, the sculptures’ value as a commodity was, according to communist dogma, illegal.

Perez carves pieces of driftwood into amorphous, swirling figurative groupings. By employing a tradition older than our current political systems, his work seeks to spiritualize one’s relationship to the earth. “I view wood … as a symbol of life,” he states. “While working with these bones of trees, I sense the radiating energy interacting with mine to create the forms.” This intuitive approach reminds one of the age-old, worldwide practice of fetishism, where small carvings protect their owners from evil spirits.

It’s no wonder this work has had trouble finding a home. Even in the States, such timeless forms look like relics. But at 29, Perez seems devoted to that which never changes: love, family, beauty, and respect for life. In an untitled piece made during Perez’s stay at the refugee camp (finely carved with only a screwdriver and pieces of glass), interconnected, stylized figures create a ribbonlike form that reflects the original shape of the driftwood. The dark wood shines; the high polish becomes visual proof of the artist’s devotion. He no doubt wore his fingers to the bone during its construction.

Driftwood is abundant in Cuba, but Perez has had to search for appropriate material here in Kansas City. Still, he managed to carve “Refleciones Encantadas (Haunting Reflections),” a spectacular surrealist piece. Every form in it takes on a double life. Faces emerge through the conjoining of several smaller figures. Oddly, at its pinnacle sits a single star not unlike the one atop the girl’s straw hat on the 1950s Cuban tourism poster. Perhaps it pays homage to his homeland.

Several conceptual pieces surround the carvings as well, no doubt in an effort to “fill” the gallery’s expansiveness. Perez has been working alongside American artists in his West Bottoms studio, and such a strategy reflects his exposure to contemporary art. Unfortunately, these works lure one’s eye away from the sculptures. They exist on a different scale and require one to view them from a different — and in this case, unwelcome — perspective.

Perez plans to return to Cuba next year despite his newfound freedoms. Cuba’s identity cannot be pared down to an idyllic, tropical paradise on an old tourism poster. Likewise, America’s “land of the free” image carries with it a fair amount of irony. Like his sculptures, Perez has had trouble finding a home. But perhaps that’s because, in reality, home has found him. It’s a place with an abundance of beautiful driftwood. It’s a place where his friends not only admire his work but they also use it. It’s the place where his family lives and loves.

Rafael Perez: So Near and Yet So Foreign
through June 24