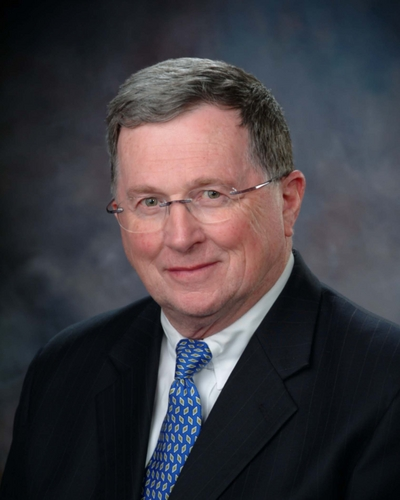 A priority of the Greater Kansas City Chamber of Commerce is a downtown arts campus for the University of Missouri–Kansas City. The campus would create a new home for the UMKC Conservatory of Music and Dance near the Kauffman Center for the Performing Arts.

UMKC says it’s raised half of the $96 million to the build the campus. The university had hoped a state matching program for higher-education capital projects would provide the rest. But Gov. Eric Greitens did not include the project in his 2017 budget.

All was not lost. A week or so after the governor released his budget, State Rep. Noel Shull, a Clay County Republican, introduced legislation to authorize the state to issue up to $48 million in bonds to pay for the downtown arts campus. The bonds would be repaid with money from the state’s general fund.

It was unusual to see Shull’s named to attached a significant piece of legislation. Now in his third term, the retired UMB executive keeps a low profile in Jefferson City. His most notable accomplishment in last year’s session was a law addressing a technical aspect of workers’ compensation.

The Pitch “adopted” Shull before the start of the current session. We were curious how a nondescript member of the party in power in Jefferson City spends his time. We set up a news alert and bookmarked a webpage tracking the bills he’s sponsored.

The alert does not sound often. Most of the bills Shull has introduced this year pertain to insurance. One bill would allow expenses to be depreciated on policies that cover damaged property. Our eyelids got heavy just typing that sentence.

It’s not all actuarial tables, though. Shull introduced a bill to permit travelers at St. Louis Lambert International Airport to carry alcoholic beverages purchased in the airport’s bars and restaurants to the gate. The bill applies to all international airports in the state. But it’s unlikely to affect KCI passengers because of the airport’s unusual security configuration. (Alcohol is sold both inside and outside the various checkpoints.)

The House passed the portable potables bill by a 138–16 vote. Cheers!

In matters with the most reaching significance, Shull has ratified the choices made for him by party leaders.

Shull, for instance, voted for the right-to-work law that Gov. Eric Greitens signed at multiple ceremonies. Shull also voted for new regulations on unions that will, among things, require workers to sign a union membership card every year, even if they want to maintain their membership indefinitely.

There was not a lot of talk about tort reform during the 2016 campaign. But it has emerged as a major priority for Republicans. Shull voted for one House bill that trial lawyers say is designed to make it harder to bring personal-injury cases. He voted for another bill that lawyers say will lower settlements by changing a longstanding evidentiary rule.

Shull does not think Kansas City should be able to set a minimum wage higher than $7.70, the state’s base wage. He voted to nullify a minimum wage increase in St. Louis and prevent other cities from taking similar action.

Shull missed a close vote to expand charter schools. A bill approved in the House would allow charter schools to open in any district where at least one building meets less than 60 percent of state standards. The proposal passed, 83–74. Shull was listed as absent with leave in the vote count.

Shull, who is apparently refusing to join The Pitch family, did not respond to a request for comment.