Adopt a Legislator: We’re keeping an eye on you, Missouri Rep. Noel Shull 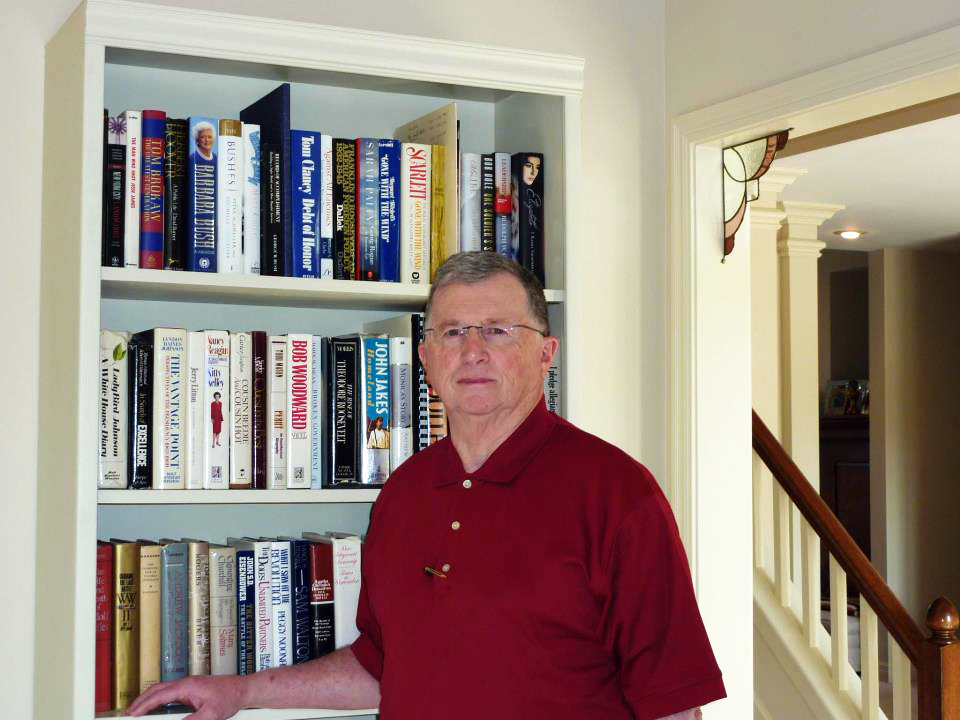 Some advocacy groups encourage their supporters to “adopt” state legislators. It’s a cute way for citizens to think about their representatives: as wards who need minding. Without some gentle parenting by the people, the idea goes, elected officials can be led astray by lobbyists, party leaders and filter bubbles.

For Missouri lawmakers, bad influences pose an even greater danger. Researchers have found that more remote state capitals, such as Jefferson City, are more corrupt. And with Republican Eric Greitens having won the governor’s race, the state has fallen under one-party rule, creating new perils.

With this in mind, The Pitch has decided to “adopt” a legislator for the upcoming legislative session.

We looked for somebody typical, even boring. Statehouse reporters will let us know what the House and Senate leaders are doing. But backbenchers deserve attention, too. Lawmaking has been compared to sausage making; well, we wanted someone wearing an apron at the stuffing table.

Our first instinct was to identify a male Republican who represents a rural area. No shortage of those, after all. But suburban areas have considerable clout as well, and if you define “real America” as places where right-leaning white people wield disproportionate political power, you don’t have to travel far to find it: Donald Trump beat Hillary Clinton by 12 percentage points in Clay County.

So our adoption search led us to state Rep. Noel Shull, a Northland Republican elected to a third team in November.

Shull’s name may be unfamiliar even to readers who follow politics. It’s been a year and a half since he was last quoted in The Kansas City Star. (Shull gave a nothingburger in reaction to an admission from John Diehl, the former House speaker, that he had sexted with a college intern.) His main legislative achievement in 2016 related to a technical aspect of workers’ compensation. He ran unopposed in his last two races.

Schull’s ordinariness, we figure, makes him an interesting prism. At pitch.com, we will provide periodic reports on his activities throughout the legislative session. As we explained in an email notifying Shull of his adoption, our hope is that keeping a scorecard of one legislator’s activities will give readers a better understanding of the work being done in all our names.

Education: Bachelor’s degree (finance and real estate) from the University of Missouri

Family: Married, two sons, six grandchildren. Wife Peggy is a former presiding commissioner in Clay County. She was removed from office after a judge ruled that she violated the state constitution’s nepotism clause by voting to appoint Noel’s sister to a county mental-health board.

Path to Jefferson City: In 2012, defeated Vic Hurlbert in the Republican primary and Democrat Jim Sweere in the general election. Was unopposed in 2014 and 2016.

Political philosophy: From the website noelshull.com: “All of us desire to realize our dreams. I believe that having a job is the basic foundation for having a chance to reach our dreams and the free enterprise system is the only healthy way for our economy and citizens to prosper.”

Legislative achievement in 2016: Shull sponsored a change in the laws regarding workers’ compensation large deductible policies. The bill passed both chambers unanimously. Gov. Jay Nixon Nixon vetoed the bill because it contained a typo. The veto was overridden.

Legislative priorities for 2017: The first bill Shull introduced in advance of the upcoming session pertains to the other side of the state. The bill would allow passengers to carry alcoholic beverages sold in bars and restaurants at St. Louis Lambert International Airport to other parts of the terminal. (He introduced a similar bill in 2016.) Shull has also introduced legislation relating to corporate governance and suicide provisions in life insurance policies.

Appearance of cronyism: When then Gov. Matt Blunt appointed Shull to the Missouri Gaming Commission in 2005, reporters noted that he and his wife had contributed $4,750 to Blunt’s gubernatorial campaign.

Hypocrisy alert: “Preserving individual freedom” is one of four check-marked commitments listed on Shull’s website. For women of childbearing age, however, Shull has demonstrated an inclination to curtail freedoms. In 2014, he voted to increase the waiting period before a woman can have an abortion from 24 to 72 hours.

Evidence of a questionable grasp of the First Amendment: Shared a “We need to put Jesus back in the classroom. Do you agree?” video on his Facebook page

Propensity to fall for fake news: Shared a meme popular among Republicans that makes false claims about taxes raised to pay for Obamacare. PolitiFact rated it Pants on Fire.