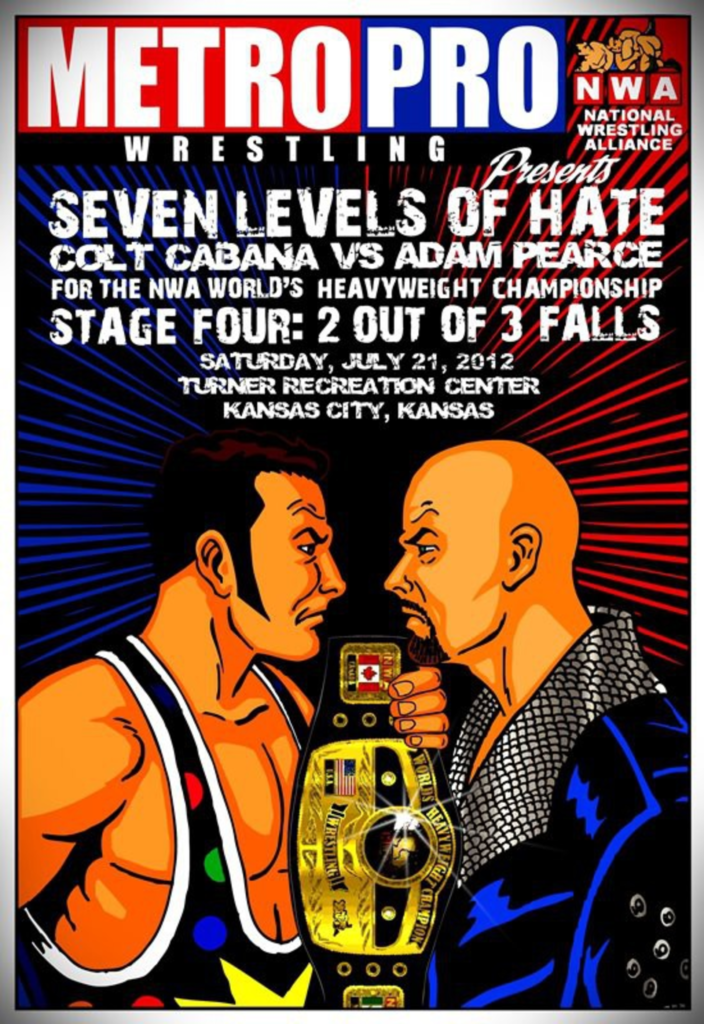 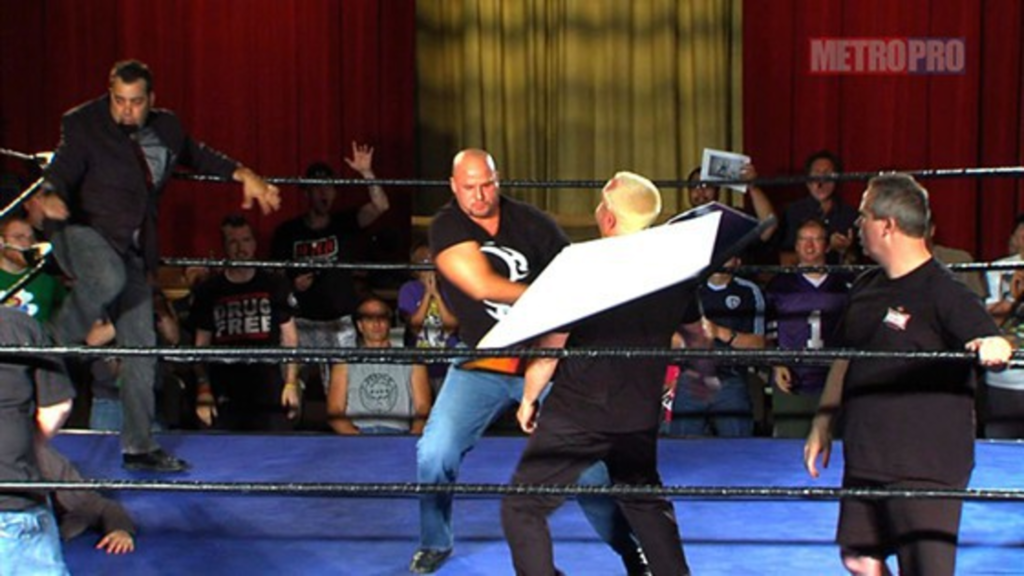 The last time Adam Pearce was in Kansas City to wrestle, he was smashing one of local artist Rob Schamberger’s paintings over the head of retiring Central States legend Michael Strider. Strider would later get his revenge, beating Pearce in a bloody brawl at Kansas City, Kansas’ Turner Rec Center.

This Saturday night, Pearce returns to KC. This time, his career is the one on the line as part of his “Seven Levels of Hate” series with National Wrestling Alliance World Champion Colt Cabana, who leads the series 3-0. Metro Pro Wrestling hosts the contest, a two-out-of-three-falls match at Turner Rec (831 South 55th Street, KCK). Doors open at 6 p.m.; matches begin at 7. Tickets cost $15 for adults and $5 for kids. Buy them at metrowrestling.com.

If Pearce wins, his career continues and he’s the new NWA World Champion. If he succeeds, it’ll also be the first time in 31 years that the NWA World Championship has changed hands in KC. The last time: “Nature Boy” Ric Flair won the first of his 16 World titles by defeating “the American Dream” Dusty Rhodes at Memorial Hall on September 17, 1981.

The Pitch spoke with Pearce, who was fighting a cold and switching in and out of character, about his possible last battle with Cabana, what it’d mean to win the 10 pounds of gold in KC, and what he’d do without pro wrestling.