Acquaint yourself with Bennett Weaver, a young and restless fixture of KC’s DIY scene 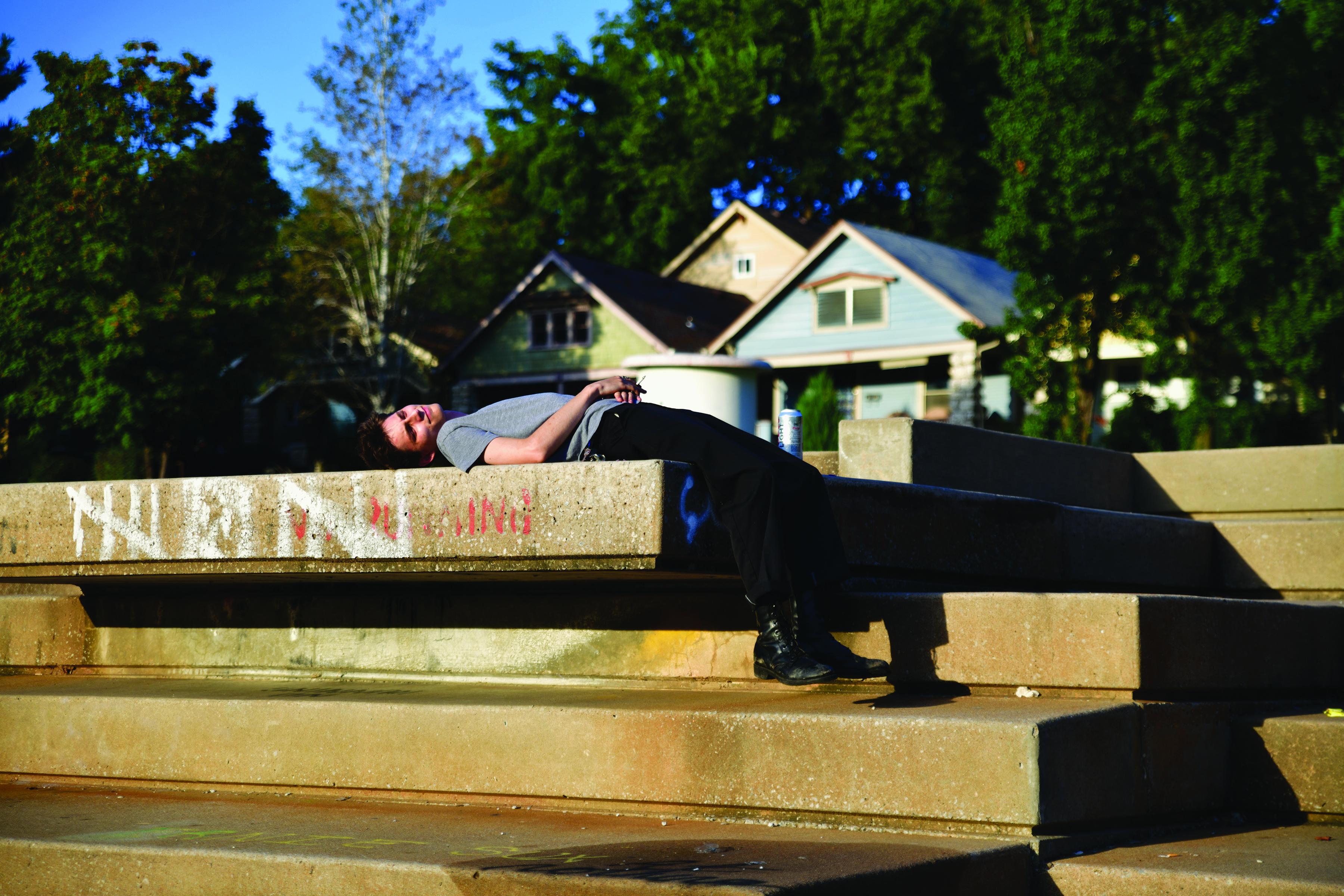 Few members of Kansas City’s DIY punk scene have proven as prolific as Bennett Weaver has over the last half-decade. Since forming his first band in his final year of elementary school, Weaver has been involved with nearly 20 different acts and recording projects. Some never made it past their initial demo, others became cult internet favorites, and a handful are among the local scene’s most recognizable bands.

This summer, Weaver launched a new Bandcamp page, Big Shit Tapes, which includes releases from four of his current projects—including his latest, Champ, a power-pop demo that hits the sweet spot between his raw, sweaty punk jams and more melancholy pop output. Below, a guide to some of the most essential releases from one of KCDIY’s brightest young performers and home-studio engineers.

Killakee Cat was Weaver’s first punk project where he was calling all the shots—partially because he had no choice. In 2014, after transferring to Kansas City Academy from Shawnee Mission South High School, Weaver struggled with anxiety and depression. He’d been disciplined for bringing drugs to school, and his parents were concerned about his penchant for mixing drugs that should not be mixed. With all other options exhausted, Weaver’s parents sent him briefly to a wilderness therapy program in Hawaii, then to a boarding school in New Hampshire, where he would spend the next 12 months.

Internet access at Shortridge Academy was heavily censored, but Weaver figured out how to keep in touch with his band through Spotify’s direct message system. Bandmate Jack Marsh was soon handling the arduous task of emailing Weaver individual MP3 files from the punk scene back home. “It literally felt like we were sending coded messages,” Weaver recalls. “I had to go into this room and peek out the window and make sure no one was watching me and download all these songs onto my iPod real fast.”

These low-tech transmissions contained lo-fi recordings, an aesthetic that initially puzzled Weaver. But he quickly came to appreciate it. “That kind of endeared me to the whole aspect of DIY recording,” Weaver says. “It’s like home cooking almost—it doesn’t have to look perfect, it’s how it tastes more that matters.” The fast, gritty sounds of early 2010s Midwest punk are evident in the early recordings of Killakee Cat, which Weaver produced after gaining access to a drum kit a few months into his stay at Shortridge.

After returning home in 2015, high school diploma in hand, Weaver teamed up with Marsh and longtime friend Joe Audley to fill out Killakee Cat’s lineup and began recording as a trio. Since 2016’s Full Band Demo, the group has managed one new tape a year and continued to tighten its signature blend of Midwest hardcore punk, channeling equal amounts of inspiration from the mega-pissed and violent stylings of groups like Dirty Work and Nuke Cult and the more calculated material of Dark Ages and Night Moves.

Bennett Weaver on playing guitar in the Drippies: “It was showing up to every show late, not showing up with gear, showing up fucking way too fucked up, getting invited places to play and sneaking in alcohol and getting banned from those places.” According to Weaver, that was all part of singer Noah Hayes’ pitch when they started the band, backed again by Marsh on bass and Audley on drums. If the goal was to pick up the Dead Boys’ torch, get wasted off MD 20/20, and accidentally drop that torch in the toilet, the Drippies were gold medalists. Despite frustrating promoters and fans alike for most of its roughly three-year run, the band’s late Seventies punk and power-pop prowess was still undeniable. Many of its recordings sound like they emanated from the aforementioned toilet, but check out its live session on Bandcamp or track down a cassette copy of the aborted 7-inch record to hear the best distillation of one of Kansas City’s most obnoxious punk rock bands.

“I think that’s only something you can get away with when you’re 19,” Weaver says, laughing as we discuss the name of the short-lived, surf rock-inspired punk band in which he once played. The band’s tape’s cover art shows a tatted-up punk in black jeans and a white tee kicking sand at a pair of beachgoers, which pretty much sums it up. This is summertime punk rock to slam-skank and hip-check a normie to.

If Kolumbine Kids was a little too upbeat for you, there’s always Narc Parade. Fronted by Jacob Martella and featuring—yup—Weaver, Audley, and Marsh, this ensemble was formed in tribute to hardcore of the This Is Boston, Not L.A. variety. The band churned out three short tapes of snotty, minute-long punk songs about self-loathing, getting fucked up with your friends, and the freak accident that resulted in a child’s death at the Schlitterbahn waterpark in Kansas City, Kansas. Goes “Verruckt” from the band’s CS3 tape: “Verruckt / Don’t lose your head / Caleb Thomas Schwab / Son of a Kansas lawmaker.” Save your outrage for the reunion show: The band broke up in 2016.

Weaver says he often feels like “a 60 year-old man in a 16 year-old’s body that’s [actually] 22.” That’s why he named one of his weirdest and most warped recording projects Gene, after two people in his life that shared the name: his grandfather and a former landlord who shut off his power without notice. Gene’s 2016 tape, America Was Never Great, features a hyperlocal love song, a jab at art school students, and a critique of our current political climate, all in the form of foot-tapping, fuzzed-out punk rock and vocals that sound like a crazed street preacher.

Weaver likes to have an outrageous vocalist on his team when he’s not writing all the songs. Luckily, Jude Cash is happy to spit at fans (and be spit on) as Weaver drums along in Speed, a fast-paced, beer-soaked punk crew that he describes as “endlessly cathartic.”

You can’t spend all of your time being a rock and roll bad boy. Sometimes, you want to explore some emotions, and that’s what Obscenity Plugs is for. Weaver’s latest EP under this moniker, Mystic Creep, is some of his most polished material yet, offering up gloomy bedroom pop and indie-rock tunes made for rainy days in bed.

Currently Weaver’s longest-running band (behind Killakee Cat), Nitecrawlers is Kansas City’s finest purveyor of mid-paced, West Coast-style punk. The group’s live shows feature vocalist and visual artist Kayla Haubenschild donning a mask and an eye-popping outfit as she writhes about the stage, emitting ghoulish laughs. Weaver acknowledges the long wait following the band’s 2017 demo and says that wait will likely continue, though a music video may emerge sooner or later.