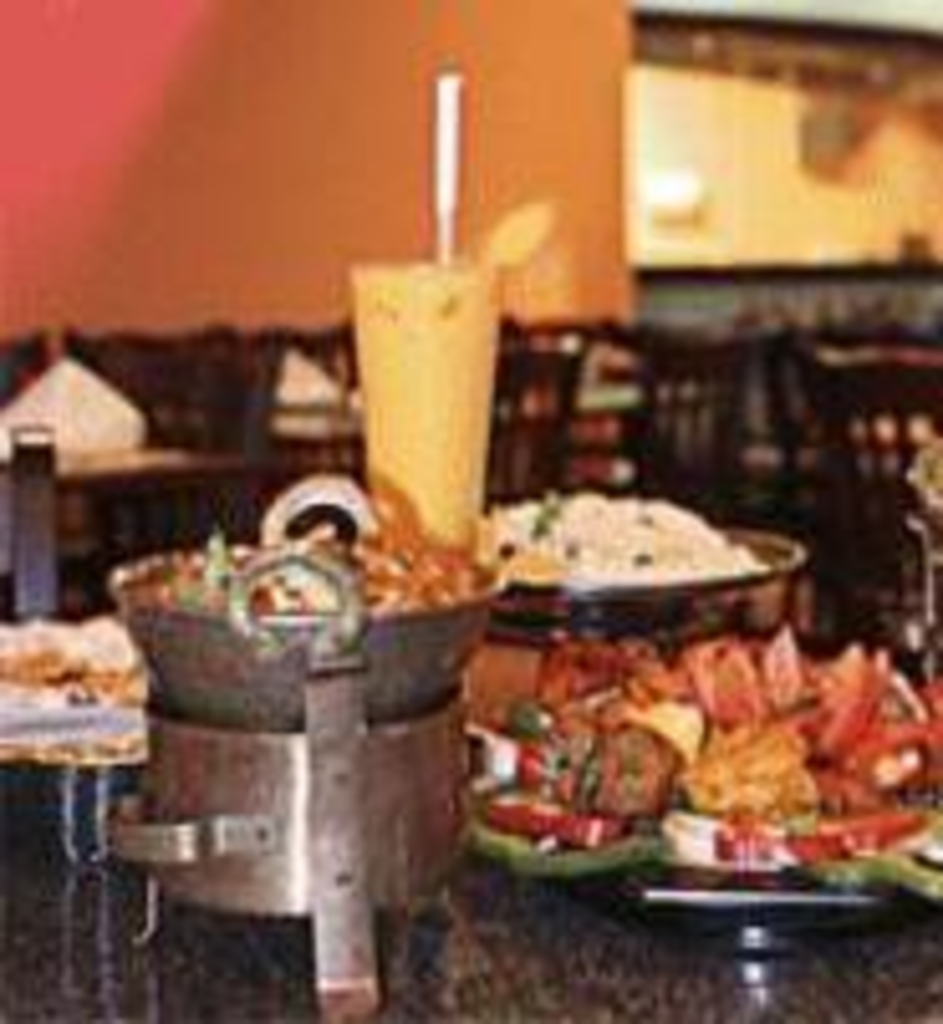 I’m sick of boring Hollywood gossip. Brad and Angelina? Jennifer and Vince? Eminem’s latest marital discord? Who cares? A more entertaining diversion is the latest news from Bollywood, where the media got into a frenzy last week over sexy Saif Ali Khan’s emergency appendectomy! (This just in: He will be able to complete his latest movie. Whew!) That story was quickly overshadowed by the news that muscular matinee idol Salman Khan spent three days in jail for hunting a rare antelope. Oh, and mustachioed Ajith announced that he’s confident he can land back in the limelight after his last few pictures tanked.

It’s a dangerous thing for a rising actor to bomb in Bombay. Actually, the city now known as Mumbai is the center of India’s vibrant movie industry — the largest in the world — which produces thousands of films every year to entertain audiences that, unlike Americans, prefer the cinema experience to television. In fact, 23 million Indians go to the movies every day. Many of the films are sumptuously staged, colorful musical spectacles (the kind of movies that Hollywood stopped making in the 1950s) with gorgeous young performers expertly lip-synching their way around ancient temples, lush valleys and glossy studio sets.

Indian cinema isn’t easy to find in Kansas City (though several local Indian markets sell or rent Bollywood videotapes and DVDs). But at a new restaurant — in Independence, of all places — chef-owner Daljit Singh serves up equal parts Northern Indian cuisine and Bombay blockbusters. Clips from musicals show continuously on a large-screen TV mounted on a wall. But the combination of Indian film and Indian food isn’t the only reason to head east on Interstate 70, hop off on the Little Blue Parkway exit and discover Bollywood Indian Bistro.

Twice I brought friends to dine with me at the two-month-old restaurant, and both times my companions fell in love with the place. Bob and Lou Jane were enchanted from the minute they walked through the front door and spied the mirrored disco ball hanging from the ceiling and the flashing colored lights bouncing off the tangerine and turquoise walls.

“It’s like Studio 54 with a tandoori oven,” Bob whispered.

The soundtrack isn’t disco, mercifully, but some of the clips playing on the massive screen do seem to date back to the early 1980s. The performers have big, heavily sprayed hair, and the fashions are clearly inspired by Thriller-era Michael Jackson and early Madonna. But that’s part of Bollywood Indian Bistro’s eccentric charm. One clip may be from the 1960s, with MGM-style production numbers — dancers in dazzling costumes and sweeping camera angles — and the next could be more recent, like 1995’s Rangeela, with the sexy Jackie Shroff and Urmila Matondkar.

Neither the menu nor the movies need English subtitles, but the restaurant itself has one. Underneath the Bollywood Indian Bistro name on the menu is the tag line “Where Pop Culture and Tradition Collide!”

For the most part, it was a pretty happy collision, but there were a few bumpy spots along the way. Soon after we were seated — and Lou Jane had taken a healthy swig from a vodka and tonic — we ordered an appetizer plate of fried samosas and pakoras. Then we waited for nearly 45 minutes for its arrival. When we asked our server, he simply nodded and said, “It’s coming, it’s coming.” At the 20-minute mark, when Lou Jane was getting particularly annoyed, he smiled and said, “We make you a fresh one.”

What finally appeared wasn’t too fresh: a lukewarm samosa filled with lamb, bits of battered chicken and a tandoori-baked lamb tidbit or two. It was hardly worth the long intermission.

But things improved dramatically when the dinners arrived. A silvery bowl filled with fragrant lamb biryani was terrific. And the creamy saag paneer, made with puréed spinach and soft cheese, garlic and ginger, was especially good with a pinch of soft, doughy naan still hot from the tandoori oven. Bob didn’t think the butter chicken, blanketed with a smooth tomato-cream sauce, was quite as delectable as Korma Sutra’s version, but we all agreed that the sizzling platter of coriander-seasoned lamb sausages, seekh kebab, buried under sliced onions, was star quality.

The meal didn’t need a climactic finale, but Bob wanted the cardamom-flavored rice pudding (and shared it only begrudgingly). Lou Jane and I nibbled on the mango ice cream and gulab jamun — tasty little milk-dough balls floating in sweet honey syrup. I was biting into one of those tender balls and gazing at the TV screen when I noticed something about all of those short movie scenes: The attractive performers wriggle all over each other, enthusiastically thrusting their breasts, chests and pelvises in every direction, but they never touch lips. A Hindi friend later told me that it’s rare to see kissing on film in conservative India; apparently, audiences are scandalized if they see even a peck on the lips.

But who needs kissing when there are other sensual pleasures, such as heaping a spoonful of smooth mint chutney on a piece of puffy poori? My friends David and Heather agreed when I brought them to the restaurant on a more lively weekend night. They were totally turned on by what they called “all of the sexy details” at Bollywood Indian Bistro. “I love the spicy scent of the dining room, the colors … and the movies,” Heather gushed, pointing to the screen: A swarthy stud in a white polyester suit was performing a kind of Saturday Night Fever number with a starry-eyed gamine in a citrus-colored dress.

This time, there wasn’t a sour note all night. We spooned a satiny black lentil dal makhni over basmati rice and suspected there were aphrodisiac qualities to the luscious chicken methi seasoned with aromatic fenugreek. Unfortunately, the closest I came to having a romantic experience that night was taking an extra helping of spicy beef korma and sopping up the nutty cream sauce with a wedge of onion naan.

David usually orders vegetarian, but I noticed that he was ignoring his excellent vegetable biryani — loaded with carrots, tomato, lima beans, broccoli, baby corn, peppers and cashews — and having a fenugreek frenzy over the chicken methi. Was it the succulent sauce, I wondered, or the tantalizing young beauty swishing her hips up on the movie screen?

“A restaurant like this reminds you that the Indian culture is lively and fun and sexy,” David said, his eyes locked on the movie. “And the place isn’t ugly, like the interior of most Indian restaurants. It’s almost glamorous.”

Well, what would you expect from a place named for Bollywood, the dream capital of India? That’s the amazing thing about Bollywood Indian Bistro. Hidden away in the middle of an Independence shopping center is this remarkable dining room, with soaring ceilings, flashing lights and stunning cinema stars. It’s not like watching a movie. It’s like being in one.