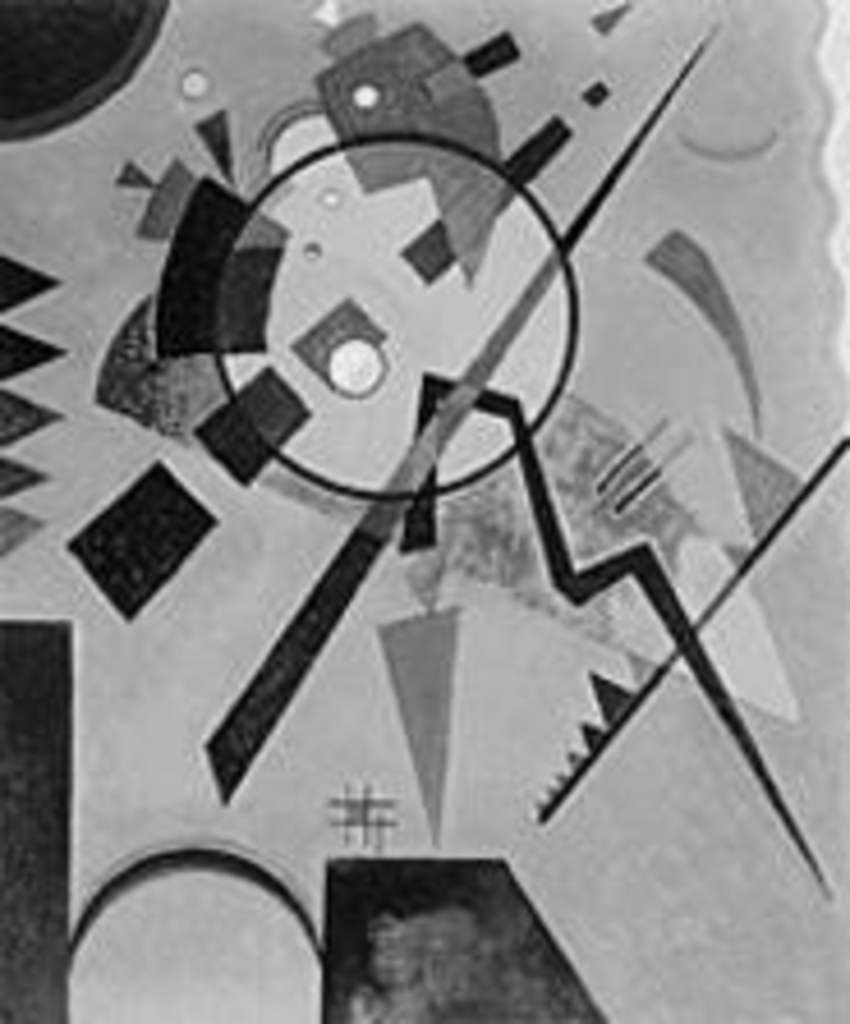 The Nelson-Atkins Museum of Art’s Realism and Abstraction: Six Degrees of Separation closes on July 31. The show mixes the museum’s permanent collection with modern and contemporary paintings and sculpture. It’s an effort to ask which is more real: paint creating an illusion of the “real world” on a two-dimensional surface or an abstract work depicting a psychological experience?

Unfortunately, besides Curator Leesa Fanning’s discussion in the accompanying essay, the show makes almost no attempt to explore that question. The galleries are organized by “isms” (grouping all of the pop art together, for example), which creates little visual dialogue between realistic and abstract works.

The exhibit does, however, provide an opportunity to strike up a vocal dialogue. A gallery talk by Jan Schall, the Nelson’s curator of modern and contemporary art, recently drew more than double the usual turnout.

People are interested in abstract art, but they’re often put off because they don’t know how to approach it, Schall explains. “It’s something you pick up as you walk through the gallery and notice people are moving quickly through the room,” she says. Schall could probably fund the museum’s expansion if she had a dollar for every time she heard someone say, “My kid could make this!”

“Perhaps there is some abstract art that looks like something a child could’ve done,” Schall tells the Pitch. “But behind that process, there is a depth of understanding. In fact, many artists who work abstractly constantly seek an intuitive vision that is like a child’s.”

Yet Schall believes that society is rich with abstract thought; she cites the arenas of religion, patriotism and complex mathematics. In the 20th century, Western artists began using abstraction as a way to give forms to intangible emotions and ideas. Such artists depended on such tools as color and shape to intuitively convey meaning. For example, the sharp triangles and lightning-bolt-shaped lines paired with smooth circles and wavy lines in Wassily Kandinsky’s “Rose with Gray” create a rhythmic pattern that visually mimics music.

“If you go back to the beginnings of art making, art was abstract,” Schall says. “In many cultures, abstract art is the norm. It’s something that is innate within us.”