A Vote for Gore 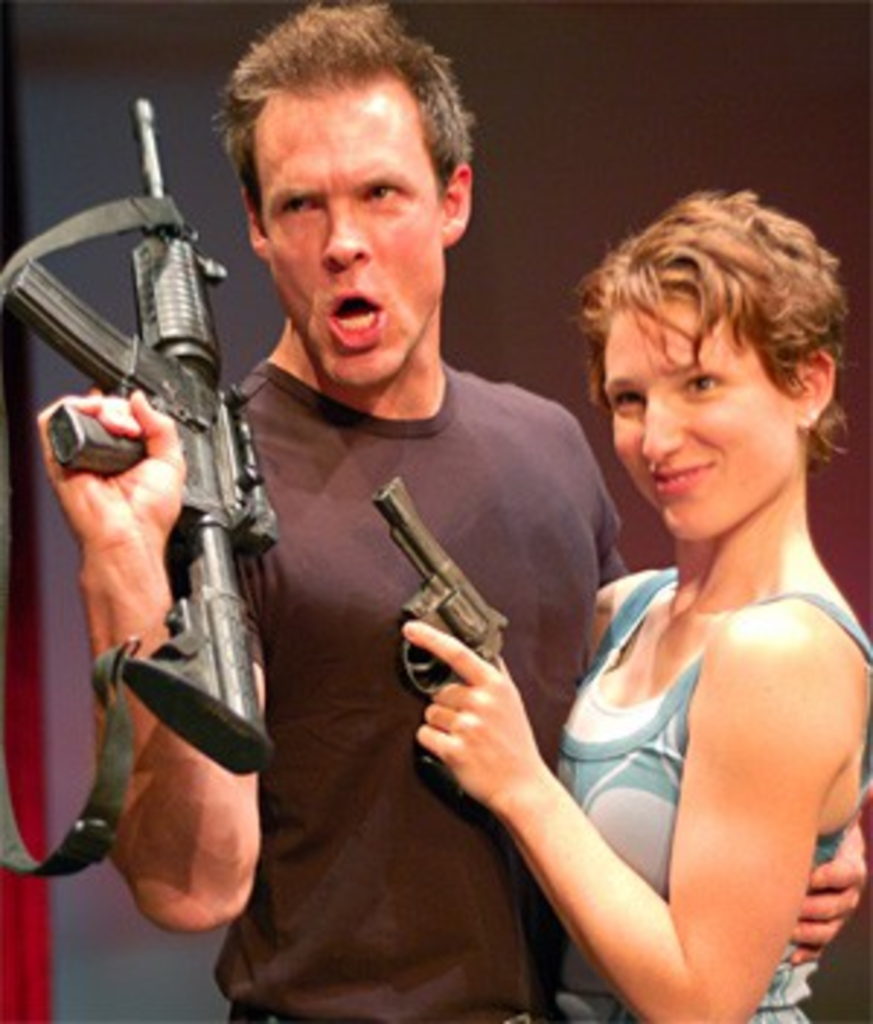 When I hear a play is bloody, I think, Sure, bloody for a play but just a red smudge on a Band-Aid when held up to what the larger culture dishes out daily. Even after I heard a Unicorn usher concede to a concerned patron that The Lieutenant of Inishmore is “bloody, but it’s funny,” I wasn’t convinced that the latest of Irish playwright Martin McDonagh’s violent tall tales to thrill or traumatize local theatergoers could offer slaughter to match its savage wit or hairpin plot turns.

Then I saw Ryan J. Zirngibl’s set. He’s built a shit-hole Irish shack, a stony pit like the fifth sub-basement of O’Malley’s.

McDonagh’s Ireland is full of hell, not blarney, so Zirngibl has installed something you never see at the theater: moppable tiling. His killing floor is one step away from having sluices and a drain.

Before the blood flows, though, we’re favored with scene after scene of McDonagh’s wild storytelling. This time, he introduces revolutionary terrorist Podraic (the terrific Darren Kennedy), a killer so crazy that the IRA wouldn’t have him. He’s also a dedicated cat owner who keeps his own idiosyncratic moral counsel. While prizing the toenails from a hostage (one who isn’t the “political” enemy you might expect), Podraic receives word that Wee Thomas, his beloved kitty, is “poorly.” Vowing to kill any “fecker” responsible, Podraic dashes home to Inishmore.

There, Wee Thomas molders, dead already. “A car it must have been that clobbered him,” says local idjit Davey (David Graham Jones), who joins Podraic’s father, Donny (Theodore Swetz), in a panicky scheme to hide the death. Further complicating matters: Davey’s revolution-minded sister, Maired (Elana Kepner, sometimes straining for effect), harbors a crush for Podraic, and a quartet of splinter-group terrorists harbors a grudge.

This show is thinner than McDonagh’s norm, more interested in farce than feeling. In his best work, the violence arises naturally from everyday drudgery; here, everyday drudgery rises out of violence. (Consider the unbelievable moments in which Podraic gets all chatty with his torture victim.) Fortunately, his dialogue remains scabrous, hilarious and, in its casual way, marked by genius. Every stray bit of nonsense sets up a key point for later.

As in last year’s The Pillowman, the actors attack McDonagh’s scenes with real excitement. Done up in a heavy-metal wig and air-guitaring with hysterical primness, Jones achieves a breakthrough as tender-brained but strangely cocky Davey. And Swetz’s miserable Donny rules the show. A man collapsing in on himself like a jack-o’-lantern come Thanksgiving, he bumbles woozily about, his lines exquisitely timed but still seeming to bubble up like burps.

Though director Joseph Price stages his actors well, the violence isn’t as powerful as it could be. Guns pop weakly, never jolting us; there’s no appreciable difference between the poofed shots from Maired’s BB gun and the brain-splattering blasts from the terrorists.

The splatter itself is right up there with those in The Departed. That’s nice and all, but it isn’t really the point. It’s the scenecraft and chatter that make us eager to return to McDonagh’s blighted isle.

This is the week for brutal event shows. For its first only-at-night production, the Coterie Theatre has enlisted Ron Megee to direct a relatively straightforward take on George Romero’s classic Night of the Living Dead. So representative is Ron Megee’s undead army — shuffling corpses young and old, black and white, a football player, some businessmen, a pair of ballerinas and so on — that the curtain call looks like the cover of hell’s admissions catalog.

Over a quick hour, these excellent zombies haul themselves from the grave and batter at the doors and windows of a house in which a handful of desperate characters are holed up. Bugging her eyes out, Angela Cristantello does memorable work as a woman near-catatonic with fear. And Pete Weber, speaking like a lummox from an old Warner Bros. cartoon, is funny as a dim-bulb hero type.

A couple of risks pay off handsomely. First is casting Scott “Rex” Hobart as a guitar-slinging zombie who scores the show in real time. As he stalks the stage and the crowd, his dark riffing and droning feedback create real menace. It’s also goddamn cool. The second risk: After an hour of poker-faced zombie horror, Megee dares a grand camp finish that would do Late Night Theatre proud.

As the body count mounts, we learn (as we always do, in zombie stories) that the real horror might be us. At times, I wished I cared more about who lived and who died. At other times, dismayed at what this culture’s violent entertainment has stamped me into, I wished that those who died here did so more spectacularly. (Many times, the undead just haul them backstage.)

Mostly, though, as I sat there savoring zombie violence at the bottom of Crown Center, I wished that, after the show, Megee would marshal his shambling army and storm the shops above us.