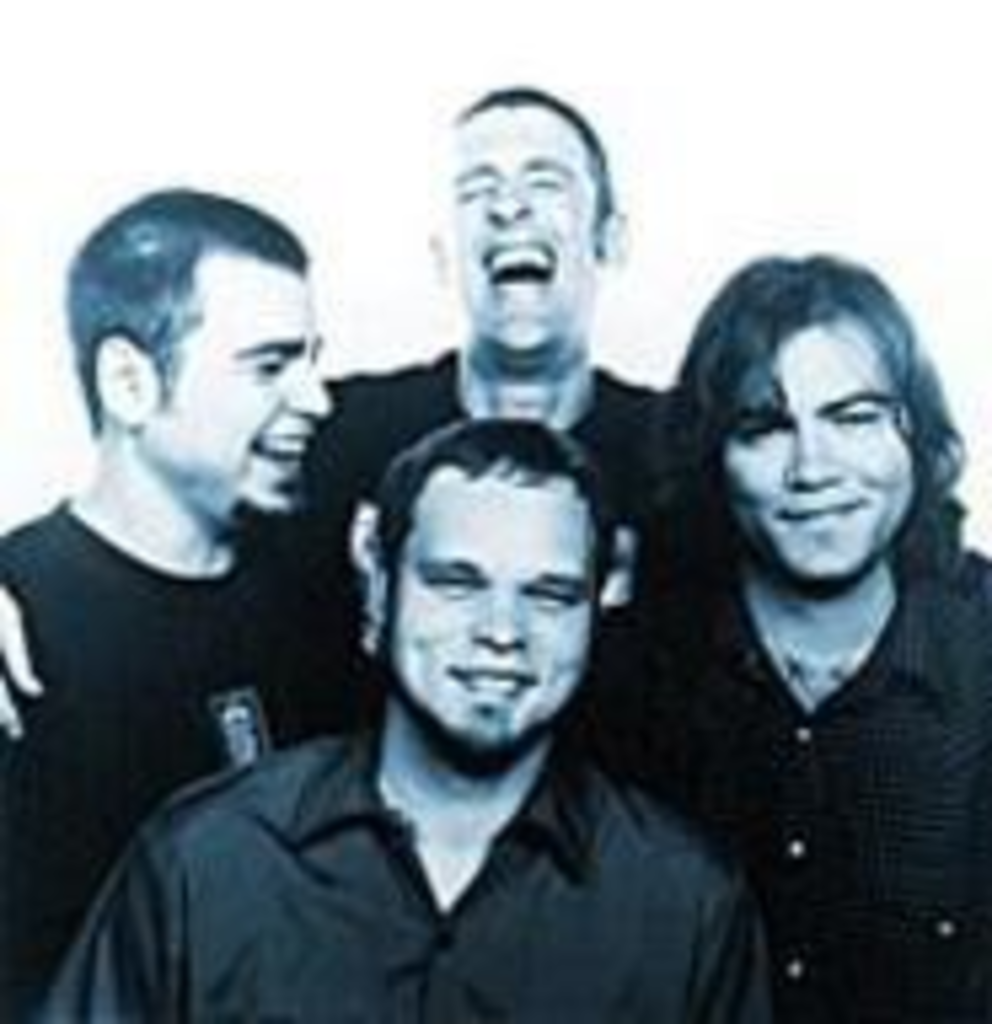 At this writing, parts of Texas have gone without rain for 60 days. During the drought, Denton, Texas, rockers Slobberbone released their third album — the churning, cowpunky Everything You Thought Was Right Was Wrong Today. Like a raindance, the disc’s 12 songs are solemn, optimistic, a little desperate; in the hard-touring aftermath of this release, the eight-year-old quartet has begun waiting for the flood.

“You don’t start a band called Slobberbone in college expecting to do anything with it,” explains Brent Best by telephone from Lexington, Kentucky. It’s the band’s first day off in almost three weeks, and the unusually modest lead singer, guitarist, and songwriter is appropriately pensive between rounds of Tekken 3 (Best is a devout video- and PC-gamer). “Denton (home also to polka provocateurs Brave Combo) is a great place creatively. There are lots of bands but not lots of clubs, so you go play in greasy spoons and move tables out of the way. In 1995, we realized we enjoyed doing this more than any job we were likely to get, so we solidified.”

Best began writing songs as a teenager. In college, he lived with bass player Brian Lane and drummer Tony Harper, who formed the core of the original group. Guitarist Jess Barr joined after the group’s second album, the 20,000-selling Barrel Chested. “Jess had a full-ride scholarship in Austin, but he quit to join us,” Best says. He’s not boasting. Instead, he sounds a little tentative and very proud, as though his band is a badge of honor among Texas collegians looking to hang up their SAT six-shooters for rock and roll. Lane and Harper graduated, like Best, from Denton’s University of North Texas. Best shot documentaries to earn a film degree.

“My final (exam) film was about this old guy I’d met years before in a tiny town west of Denton,” Best says. “He ran this half-assed kind of tourist trap, an Old West museum. But it turns out this guy actually had collected all the artifacts himself. He’d been a member of the registered Indian police. His place wasn’t some foundation. He was just extremely interesting. By the time I wanted to film him, he’d moved to the plaza in San Antonio. It was an intense summer making that film.”

After graduating, Best worked as a grip on feature films but tired of the stop-start scheduling and the long hours. “It’s like being in a band,” he says. “You might work for three weeks and make a lot of money but not work again or make a dime for weeks.”

There was the obligatory warehouse job after that, giving Best’s increasingly strong songwriting some foundation in blue-collar workaday plaints. But he’d never given up his Peter Case and Long Ryders records, and, with his former classmates, he decided it was time to set aside the loud guitar bands they’d played in to socialize, and make a living at music.

“We’re not rolling in cash yet,” Best laughs. “We’ve spent three years at a subsistence level but without having to do anything but the band to pay the rent.”

It was close, though, while the band waited to put out Everything. Intimidated by a larger recording budget, Slobberbone lobbied its label, New West, to set aside less money for the studio to ease the pressure. Laying down tracks at Memphis’ hallowed Ardent studios, the band ended up taking a break to test material live.

“Early on, it was rough,” Best says. “But we made it rough on ourselves. It was a sonic difference. A lot of the songs were done, mainly low-key and slower songs. There were areas we had to build bridges with.

“We wanted to work acoustic for a while,” Best continues. “That was a big deal. We did those short tours because the acoustic ends of the album were ready by then. We toured with Old 97s and approached it as though we weren’t sharing an audience. We could pull out all the banjo tunes and see for our own benefit how it would fit in our show. We were trying to record the album early last year but didn’t end up doing anything until around Thanksgiving. But it became a more balanced album. Had we recorded earlier, it would have been a stark, quiet, acoustic album. I’m glad we waited, because there’s a lot of stuff that came after that stage.

“This album turned out to be more about the funk thing, though,” Best explains. “It was a way to clear the deck so that next time we can do anything we want. I’ve written some stuff that’s lots different that we kicked around. People get notions of how you are as a band. You get less liberal with what you do in the band context.” To that end, Best has played a few solo dates to air his work without breaking down Slobberbone’s fanbase. “I’ve spent the past year and a half trying to dispense with those preconceived notions and now worry about my writing jibing with that stuff.”

That worry seems to have evaporated, replaced with the more mundane concerns about sales, touring, and tackling the next album. But touring has allowed Best to meet new friends (and, he says, play lots of computer games), such as those with whom band members are rooming on their day off in Lexington.

“We’ve spent the last four years on the road, and to me the satisfaction, besides the writing and the recording, is that we’ve made friends all over,” Best says. “It’s like your friends back home. We have a digital camera with us on tour now to tape shows. But my favorite stuff is actually the moments when we’re offstage, hanging out with each other and with those friends. That’s the kind of stuff we should have on tape.” It’s the documentarian in Best talking, but also the songwriter: always looking for perspective, sometimes finding it and singing from it with authority.