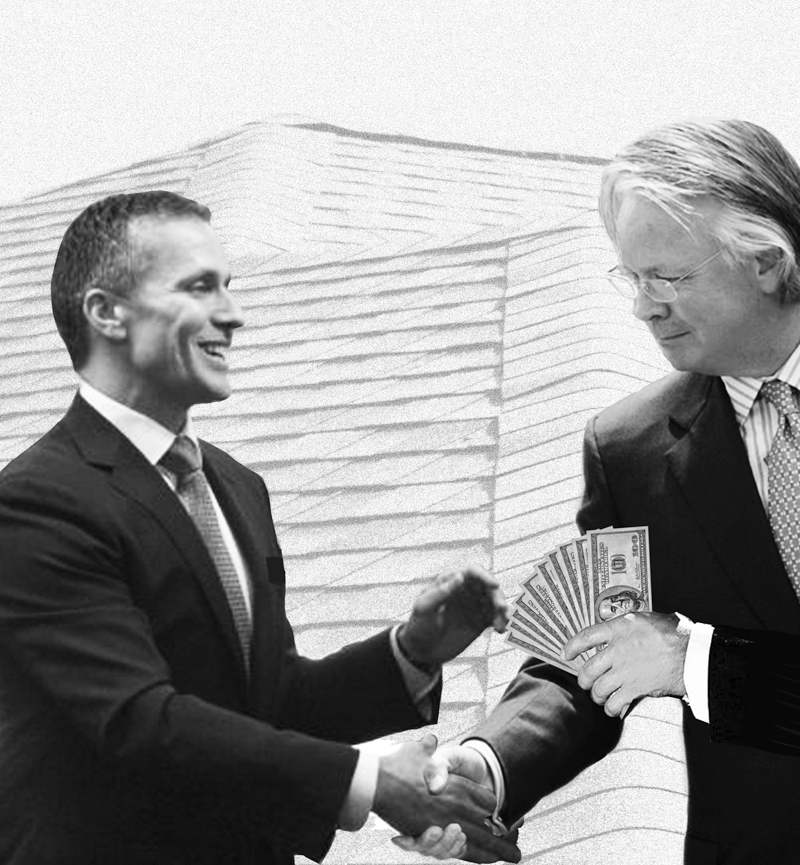 TAMKO Building Products had a problem.

The Joplin, Missouri, company’s roofing shingles, according to consumers in multiple states, sometimes fell apart well short of their 30-year warranty. A Missouri man named Lee Hobbs bought TAMKO shingles in 2005; by 2013, they were warped and curling. Same with Jonesburg United Methodist Church: Rainwater was leaking onto its pews just six years after it roofed with TAMKO shingles, in 2007.

Both Hobbs and Jonesburg United Methodist Church filed warranty claims with TAMKO, seeking money back. Hobbs’ claim was denied. The church was offered only a partial replacement for its shingles. So they teamed up and, with others, filed a class-action lawsuit against TAMKO, alleging that the company had negligently sold defective products.

TAMKO responded by arguing that Hobbs and the church didn’t have a legal right to sue because, written on the packages of the shingles they’d bought, was a clause requiring warranty disputes to be settled in arbitration.

The Circuit Court in Jasper County didn’t buy that argument; it said Hobbs and the church’s class-action suit could move forward.

TAMKO appealed that decision, but the Missouri Court of Appeals also was unpersuaded. Its panel of judges wrote that simply slapping an arbitration clause on a product’s packaging does not constitute a valid arbitration agreement with the person who buys the product.

TAMKO tried to take its case to the Missouri Supreme Court, but its application was denied. Undeterred, the company has filed a petition with the U.S. Supreme Court, which is now accepting arguments in the case.

In the meantime, though, the company has invested in some insurance.

During the 2016 election, TAMKO’s CEO and president, David Humphreys, and his sister Sarah Atkins gave at least $11 million to Missouri Republican candidates. They were particularly generous to the campaigns of gubernatorial candidate Eric Greitens and attorney general candidate Josh Hawley. In December, after both candidates emerged victorious in their respective races, the Humphreys family made it rain for them once more, giving each another $1 million one day before strict new limits on campaign donations took effect.

Humphreys and TAMKO did not respond to requests for comment. But the actions of TAMKO’s favored candidates in 2016 speak for themselves. In the works right now is a bill that will prevent people from suing companies like TAMKO — a reversal of 50 years of consumer protection law in Missouri. And Missouri Republicans, fat on Humphreys’ cash, appear happy to give him what he wants.

The Missouri Merchandising Practices Act has been on the books since 1967. It is the law in Missouri that prohibits unfair and deceptive acts and practices in the consumer marketplace. It’s the law you use to sue somebody who ripped you off.

One of the first bills filed for the 2017 session was SB 5, introduced by Senate President Ron Richard. It is perhaps worth noting that Richard represents TAMKO’s home of Joplin in the Missouri Senate, and that Humphreys wrote Richard a $100,000 check on the day in December before the campaign-cash limit took effect.

Even by Missouri’s low standards, SB 5 is a galling piece of legislation. It seeks to drastically amend the MPA, repealing sections friendly to consumers and replacing them with ice cream sundaes for CEOs.

Among its revisions is a clause stating that the MPA does not apply to any business that is “regulated by the Federal Trade Commission or any other regulatory agency” in the state of Missouri or the United States.

“That is basically every business in Missouri,” says Dave Angle, a Columbia lawyer specializing in consumer law. “A used-car dealer who sells you a car with a phony odometer is regulated by the Missouri Department of Revenue. Title lenders and payday lenders are regulated by the Missouri Division of Finance. This law would strip you of your ability to sue businesses that scam you — simple as that.”

Richard’s reimagining of the MPA would also make class-action lawsuits in Missouri absurdly difficult to bring. Under SB 5, each person in a class-action suit would have to come forward and prove how he or she was victimized by the offending business.

“It defeats the entire purpose of class-action lawsuits, which is to allow one person to come forward who represents the hundred or thousands of folks who have been deceived,” Angle says.

SB 5 also targets attorneys’ fees under the MPA. The reason Missouri lawyers take on consumer fraud cases is because the MPA allows attorneys to collect reasonable fees (awarded by a judge) from the offending business if they win in court. Otherwise, there’s little incentive to go to bat for somebody who’s been swindled for $400. SB 5 would wipe out this provision in the MPA.

“It costs $100 just to file a suit,” Waddell says. “Just do the math. It makes representing people in these cases not financially viable for an attorney. You could bring a suit under other laws besides the MPA — for fraud or breach of contract — but those aren’t fee-based laws. That’s why we bring suits under the MPA.”

Though Richard did not respond to a request for comment, the argument from the Missouri Chamber of Commerce and other supporters of this legislation has been that these amendments are necessary because too many frivolous lawsuits have been filed in the state under the MPA.

There is very little evidence this is true. County clerks are required to notify the Missouri Attorney General’s Office when a suit is filed under the MPA. Hawley’s office was unable to supply The Pitch with recent information by press time, but the number declined from 2010 (when 53 were filed) to 2014 (when 44 were filed), according to emails sent by the office under previous Attorney General Chris Koster.

Richard’s bill is expected to pass through the Senate this week. If the House approves, Greitens, who spent three minutes of his State of the State address in January bashing plaintiffs’ attorneys, will almost certainly sign it.

And their benefactors Humphreys and Atkins will see immediate return on their investment.

Because SB 5 acts retroactively on all pending cases, even a Supreme Court victory for Hobbs–Jonesbury United Methodist Church against TAMKO wouldn’t make the claim valid in Missouri.

“It’s such an obvious example of pay-to-play in our politics,” Waddell says. One that leaves consumers here without a roof over their heads.