A rough guide to this year’s Crossroads Music Fest 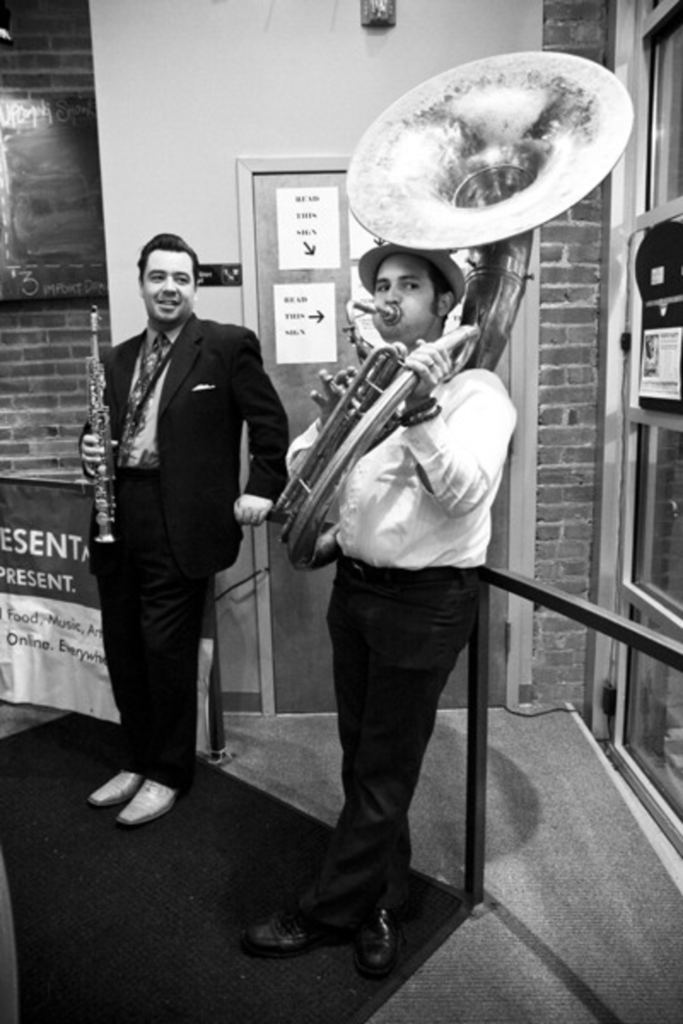 Though the meat of the Crossroads Music Fest is Saturday, the sizzle gets going Friday night, starting at Crosstown Station. There, from 7 to 9 p.m., singer-songwriters Brian Frame (of the Blessed Broke), Gabrielle T, Jamie Searle (formerly of It’s Over) and Kasey Rausch perform homespun ballads in the round. Then, at 10 p.m., Making Movies takes over with its sleek, dynamic blend of alt-rock and Latin salsa. At 11:45, the prog-rockers of Be/Non kick the ship into interstellar overdrive and take us home. Meanwhile at Czar Bar, starting at 9:30 p.m., Dave Regnier of the Afterparty and Jason Beers of Brannock Device plug in their shared side project: the moody, ethereal, urban-folk band Dead Voices. At 10:45, veteran trio Lucky Graves digs out some new, soulful, Afro-shakin’ rock tunes that should appeal to fans of Big Star and the Black Crowes alike. At midnight, electro-funkateers Antennas Up come on and play us off like piano cat. (Note: Cover charges for the pre-party shows are separate from the cost of admission to the fest on Saturday; however, discounted festival tickets will be for sale at the venues on Friday.)

It’s not all boys with guitars at CMF 5. Hailing from Chile by way of the Latin jazz lab at the UMKC Conservatory of Music (where the band formed in 2005), Makuza, led by Santiago-born percussionist Pablo Sanhueza, combines regional Afro-Caribbean, South American and West African styles into a heady, danceable Atlantic-crossing Latin sound. If you’re reading this at least one hour before start time and have never taken salsa lessons, find a dance studio and demand a crash course. Now.

Three things to know about the ACB’s: (1) They write the catchiest rock songs in Kansas City. (2) They possess the most horribly awesome record collection of any local band; LPs by Michael Bolton, Hootie and the Blowfish, and Berlin figure prominently. (3) They haven’t released an album since 2007, but they have a ton of great new songs that you’ll know by heart the third time you hear ’em.

When a group of local white-boy rockers from bands including the Supernauts and Fairbanks decided to form a soul-music revue, there may have been a hint of skepticism in the air. No more. Anyone who has experienced the Good Foot can testify to the band’s roof-raising sound. Led by Aretha-channeling Julia Haile (the sort of singer who couldn’t miss a note if she tried), the seven-piece band serves up Motown hits like made-to-order deli sandwiches. Signed, sealed, delivered — they’re yours.

A decade removed from making major-label Frogpond records with producer Art Alexakis, Heidi Phillips is quietly writing songs that are every bit the shoulda-been hits. Evoking the hard-driving alternative pop of ’90s staples like Throwing Muses and Buffalo Tom, Phillips’ reliably raspy voice is the envy of every aspiring chick rocker — and dude rocker, come to think of it. Her new Minutes EP showcases those assets with the benefit of a seasoned backing band.

Alongside homeboys such as Stik Figa and Dutch Newman, Greg Enemy has helped inject some young blood into the KC hip-hop scene. Enemy’s club-ready productions would have the Neptunes salivating, but they’d merely be blank canvases without his versatile flow. The 21-year-old casts his character from a pool of street-hard rappers (Jay-Z), indie MCs (Cool Kids) and party starters (Outkast), paying due respect to all facets of the game without coming off like a copycat.