A proposed Plaza remodel has Kansas Citians acting like they own the place. (Which they sort of do.) 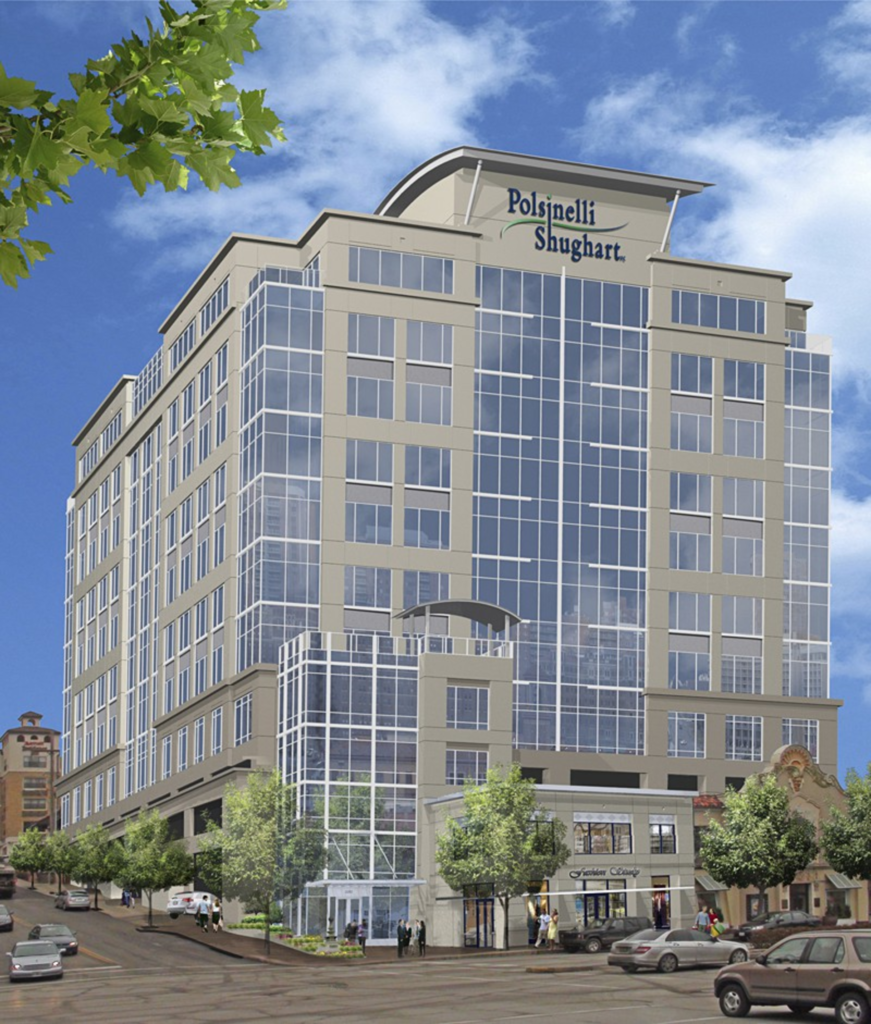 Charles Romano plays an acoustic guitar on the sidewalks of the Country Club Plaza. At almost 50, he remembers a time when the district featured dime stores and a bowling alley.

Romano grew up on McGee Street. As a kid, he wandered among the hippies who met at Volker Park (now Theis Park), just east of the Plaza, to listen to music and get high. Cops who entered the area came across more contraband than they could carry away. They put all the marijuana they confiscated in a big burn pile. “Kind of a shame, actually,” Romano says, recalling the pillars of smoke that went uninhaled.

Romano has gray hair and the tanned skin of a musician who performs next to a pear tree. On this day, he faces Barnes & Noble as he plays Led Zeppelin and Neil Young. Just to his right, he can see the building that Highwoods Properties, the Plaza’s owner, wants to tear down in order to accommodate the office-space needs of a big law firm.

“If it doesn’t look like the area,” Romano says between songs, “I wouldn’t want it.”

Nothing Highwoods builds will satisfy Plaza purists because what the developer wants to demolish is a Plaza original, “the balcony building.” As for its replacement, the preliminary design showed an eight-story hulk made mostly of glass and empty imagination. Kevin Klinkenberg, president of the Kansas City chapter of the American Institute of Architects, wrote on his Facebook page that the future home of the Polsinelli Shughart law firm “would be mediocre in a suburban office park.”

On the Plaza, it would be an embarrassment.

Architects and buskers aren’t the only ones with opinions. The building, at 47th Street and Broadway, quickly became the subject of a passionate “Save the Plaza 2010” Facebook campaign. The City Council even squeezed the proposal onto a meeting agenda last week so elected officials could show Plaza lovers that they cared.

The imperiled balcony building rallied Kansas City residents like the trade of a popular Chief or Royal. The Plaza, much like the city’s professional sports teams, is a private business that the public considers its own.

But the notion that the Plaza belongs to the community isn’t far-fetched. The district, after all, receives plenty of public money.

For starters, Plaza visitors pay an extra half-percent sales tax on purchases, to pay for the area’s free parking garages. Established in 2001, the Plaza garage fund is one of several “transportation development districts” set up around Kansas City. Creatures of state law, the districts give property owners the authority to tax sales for transportation-related projects — bridges, roads, parking lots and the like.

The program is popular with shopping-center owners, who like being able to socialize the costs of their parking areas. The tax, meanwhile, is paid by consumers who may not be aware that their meal or handbag carries an extra charge at the register. Susan Montee, Missouri state auditor, has called transportation districts “about as close as you can get to taxation without representation.”

I wouldn’t go that far. People can do business wherever they want and can avoid shopping in areas where the tax-collecting gremlins lurk. But anyone who chooses to shop on the Plaza pays the tax at what amounts to retail gunpoint.

The second piece of public funding comes in the form of tax-increment financing (TIF), the city’s go-to economic-development tool, which allows developers to skim tax revenue generated by their projects.

The Plaza started collecting the tax money in 1997. Officials at the J.C. Nichols Co., which built the Plaza, asked for the incentives when it proposed spending $240 million on new retail space, apartments, garages and a hotel. The company lobbied the TIF Commission, a city agency, to provide $55 million of the total budget, and the city agreed. The money was paid to renovate Seville Square, where the Cinemark movie theater is located, and to build Valencia Place, a 10-story office tower and retail complex.

The original proposal of the Nichols Co. is 186 pages long, much of it lawyerly detail. But some of the documents tell a more interesting story.

Objective No. 16 stands out the most: “To assist in retaining the special character of the Country Club Plaza as a unique outdoor shopping area which attracts local residents and visitors.”

Nichols Co. officials relied on Objective No. 16 back in 1997, when they appeared before the City Council to convince the city it should kick in tax money. Barrett Brady, then CEO of the Nichols Co., emphasized the singularity of the Plaza, calling the publicly aided renovation “a classic case of preservation of an older area, this crown jewel of the city,” according to The Kansas City Star.

Thirteen years later, residents — the same residents who have been paying for the preservation all these years — are making the same argument to stop the Highwoods-Polsinelli proposal.

The Historic Kansas City Foundation is among the groups that have spoken out against the Polsinelli building, calling it an encroachment on the heart of the Plaza. The foundation’s message board is filled with alarm that the Plaza may lose its “special character.”

Highwoods Properties thought the Plaza was special, too. It paid $570 million to acquire the Nichols Co., eight months after the TIF plan was approved.

Based in North Carolina, Highwoods is viewed by many in Kansas City as an inadequate caretaker of J.C. Nichols’ vision. The abundance of national chains on the Plaza is one of the most frequent complaints, although the locally owned stores were disappearing well before Highwoods came on the scene. Saks Fifth Avenue replaced the bowling alley in 1982. The Cheesecake Factory arrived in 1996, taking over a spot that Swanson’s, a women’s clothing store, had vacated four years earlier.

But tenant mix is one thing. A wrecking ball is another. Critics of Highwoods say the area, and the company, will suffer if it starts messing with the buildings that give the district its character. “The only reason for anybody to seek out the Plaza, really, is the architecture,” says Paul Minto, a West Plaza resident and former neighborhood leader.

Officials at Highwoods and Polsinelli know that their initial proposal went over like a brisket recipe at a PETA meeting. (Councilwoman Jan Marcason called the design “hideous.”) So last Thursday, representatives from both companies went to City Hall with a revised rendering that leaves intact the balcony-building tower and makes other attempts to maintain “architectural and thematic integrity.” The law office itself looks much like the original design but is now set back 70 feet from the curb.

Members of the City Council cooed in appreciation of the second effort. Scott Lane, president of the Historic Kansas City Foundation, was less impressed. After the meeting, he promised petitions and protests as long as the “massive” Polsinelli building looked like something that belonged next to a freeway interchange. Which it still very much does.

I explored the balcony building last week, running my fingers over the decorative tile work on the façade and gazing at the hand-painted flourishes on the tower. As I toured the office space on the second floor of the building, I
noticed that one of the spots belonged to Barrett Brady, the former J.C. Nichols CEO, who joined Highwoods Properties as a vice president after the company acquired J.C. Nichols.

His “crown jewel” had been preserved, all right. But for how long?