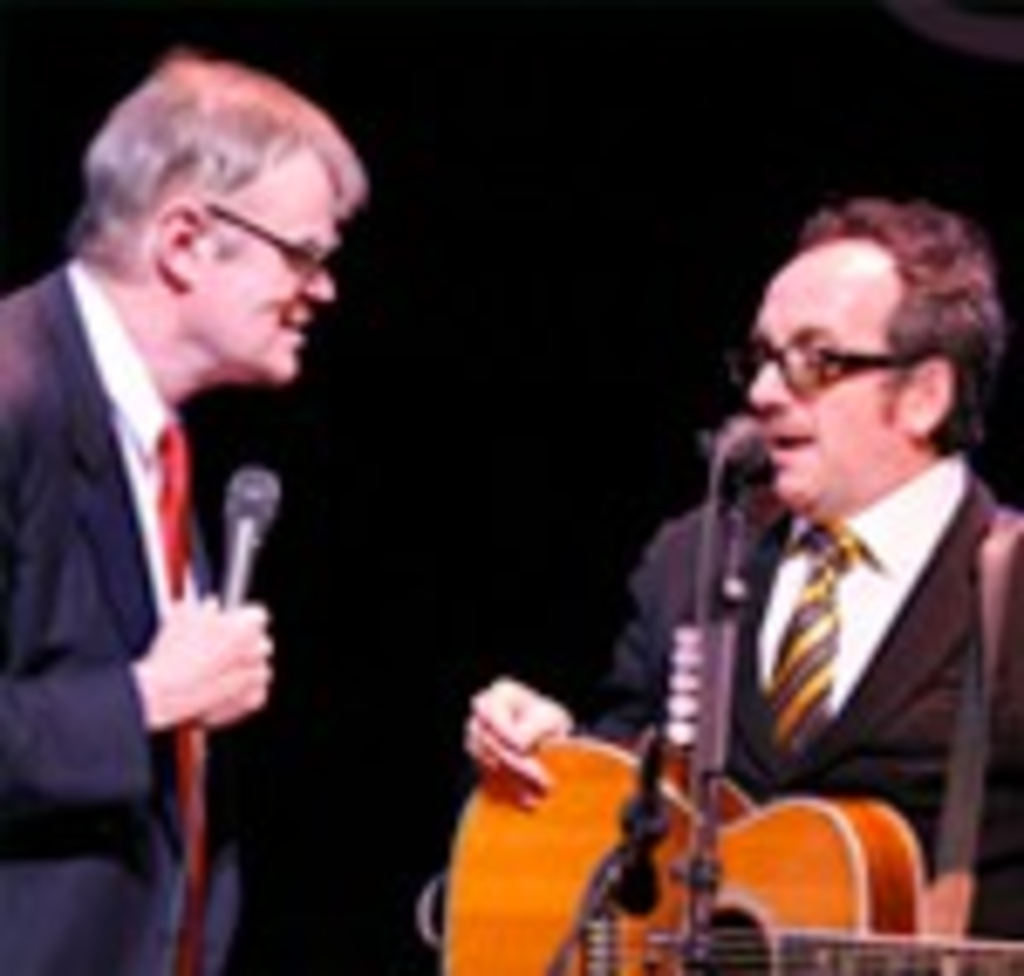 Despite the fact that Garrison Keillor‘s A Prairie Home Companion is pitched as a down-home, folksy little program, they do manage to get some rather big name acts. In the past year, they’ve had Neko Case, Wilco, and Elvis Costello.

Costello will be part of tonight’s live theatrical broadcast, which goes out to 500+ movie theaters across the country. Guy Noir, “Lives of the Cowboys,” and “The Powdermilk Biscuit Song” can all be assured to make an appearance, but don’t expect too many down home, folksy people to be in attendance. My family (mother, father, sister, brother, brother’s wife, and my wife) and I all attended A Prairie Home Companion when it was at Starlight several years ago, and tickets ran about $45.

Tonight’s theatrical simulcast? $22. Seriously — a down home, folksy program that runs nearly three times what it would cost to go see a multimillion dollar feature film. Avatar is in 3D, and it’d only run me $13 to check it out at Lawrence’s Southwind. So, if you’d like to know how awesome Keillor’s jowls look in HD, be prepared to shell out some coin. I’ll wait until it hit the airwaves this weekend, and pledge the money to KPR.