A plan for fighting the East Side’s trash problems 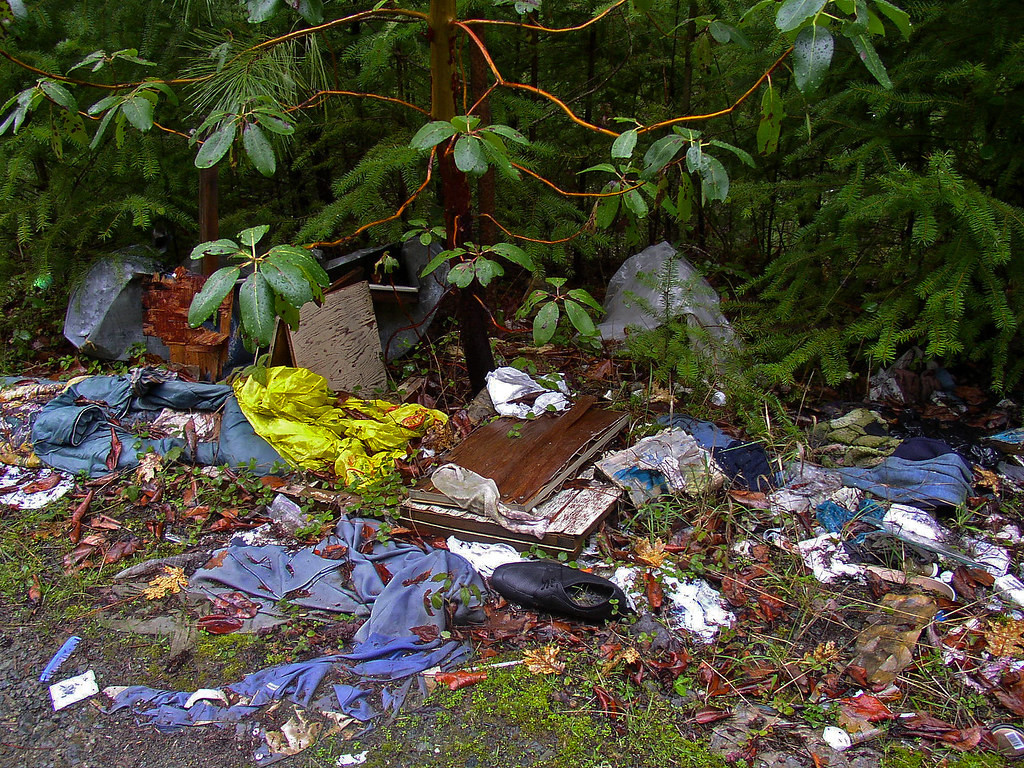 Garbage has a way of accumulating around Key Coalition: dumped trash bags in alleyways, tire heaps, piles of brush and tree limbs. Last Saturday, Karen Slaughter, president of the Key Coalition neighborhood association, collected over 25 bags of trash during a clean-up session in this East Side community.

“It’s [trash] one of the worst, if not the worst issue that we have,” Slaughter says. “Trash, boy … no matter what else you do to your community, [too much] trash makes it unsightly.”

Illegal dumping and litter is a problem shared by many East Side neighborhoods. For the last several months, Slaughter has been working with a community resource team (CRT) to target the trash problem in seven neighborhoods along the Prospect corridor, part of the idea being: Less trash, less crime.

“It presents the community as though people aren’t caring, people aren’t watching, and that you can get away with doing anything in these areas,” says Amanda Wilson, a program officer at the Greater Kansas City Local Initiative Support Corporation (LISC) who works in tandem with the CRT.

Third District At-Large Councilman Brandon Ellington has also noticed loads of trash often piled along the streets in his district. That’s why Ellington recently sponsored a resolution targeting illegal dumping. After passing unanimously through committee last week, the full city council is expected to take up the resolution at Thursday’s council meeting.

If passed, the proposal would direct the city manager to establish a trash plan in coordination with the solid waste plan the council passed earlier this year. It calls for trash transfer station facilities, increased trash pick-up routes for bulky items, more trash cans, year-round leaf and brush operations, and an increase to the number of bags the city will pick up for free.

“The lack thereof of necessity items in the inner city is one of the reasons we have a lot of litter,” Ellington says. “In more affluent areas of the city, you see trash cans and receptacles. If you look at the major streets [in the inner city], they don’t even have trash cans, so no wonder you have plastic bottles and stuff like that on the streets.”

Ellington says there are many East Side areas dotted with abandoned houses that sit on backroad streets where it’s easy for people to dump larger items like piles of old tires and furniture. Esther Kershaw, president of the Boston Heights/Mount Hope Neighborhood Association, has noticed that people come in from all over the metro to dump trash and old items in her neighborhood.

“We’ve had as far as Johnson County people coming over here and dumping,” Kershaw says. “They bring it up to the areas that they feel that are not being monitored.”

Ellington hopes that by adding the transfer station facilities outlined in the resolution, it will be easier for people to drop off trash, brush, and bulky items at the facility instead of dumping them on the streets.

Slaughter is excited to see the resolution come before the council. She says many of the bags of trash scattered in her neighborhood are there because of the two-trash bag limit for free trash pickup. In order for each additional bag to qualify for pickup, the bags must be marked with stickers costing $2.50 each—a small amount that can still be taxing on lower-income residents. Ellington’s proposal would seek to increase that limit.

Wilson says the proposal mirrors a lot of the ideas she has been discussing with the city in response to the suggestions CRT’s neighborhood leaders drafted to address trash and illegal dumping.

“I think it’s good at addressing the demand for illegal dumping,” Wilson says. “The resolution is a really great start.”

The KCMO City Council meets at 3 p.m. Thursday on the 26th floor of City Hall.