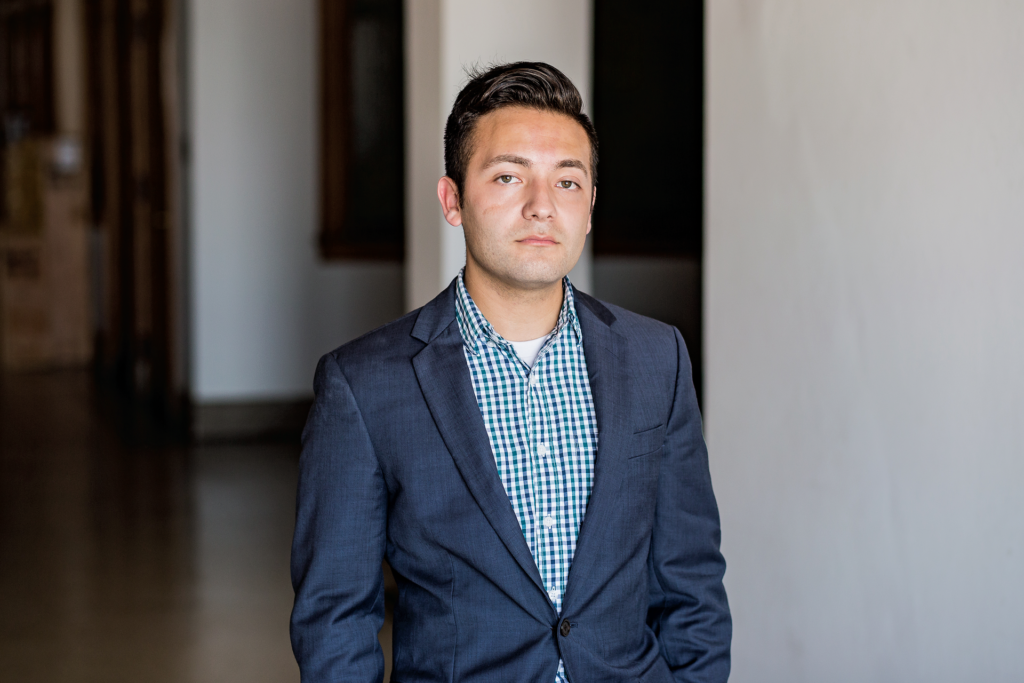 The women and children are crammed together, in what asylum seekers called hieleras — Spanish for “ice boxes.” In these small rooms where the U.S. Border Patrol holds them, they wait for days or weeks — sometimes becoming ill, usually suffering from hunger — for an interview with a U.S. asylum office, hoping for permission to come into the country. The fluorescent lights are left on. The thermostat is kept very low. The hints are there: You should self-deport.

At a center like this in Dilley, Texas, Ramon Valdez of Kansas City saw this scene over and over. He managed the CARA Family Detention Pro Bono Project there, helping to coordinate legal representation for up to 2,400 women and children who were seeking asylum. These private prisons, set up under the Obama administration, are used to detain asylum seekers, many of whom have fled violence and corruption in their home countries in Central and South America. To escape gangs or crime or persecution, they undertook a risky journey. At the end of it, in these cold, bright cells, Valdez met people whose hopes had begun to erode.

The CARA project, at the border, allows lawyers from across the country to represent those who most need it. Its database tracks immigrants being held, and helps to reunite family members separated during the journey.

An extension of this project is under way in Kansas City. In June, Innovation Law Lab, a nonprofit based in Portland, Oregon, opened a Center of Excellence here. (Law Lab has placed centers in Atlanta and Charlotte as well.) Valdez joined in May. “We are training local lawyers on how to work an asylum case, and reaching out to women and children previously represented by the CARA Project to connect them to pro bono help,” Valdez says.

The majority of detainees go through the system alone, making them more likely to miss a hearing or misunderstand some vital part of the legal process. Projects such as Law Lab’s mean to prevent clients from drowning in procedure — and to prepare them for potential raids.

“The difficult thing with our region is that we have large, vulnerable populations living in rural communities, and it is extremely hard for them to find help,” Valdez says. “Keep in mind, these people did not enter illegally. They were interviewed and vetted by the government’s asylum office, and it was determined that their lives were in danger and they were paroled in to be able to apply for asylum.”

He goes on: “Centers of Excellence is us wanting to hold their hand even after they are being released. Lawyers are expensive. The courts are confusing. A lot of people fall through the cracks, and we are trying to make a network of attorneys who can take on those cases, just like CARA, but defend them not at the border but where they are seeking asylum.”

Not surprisingly, asylum seekers with representation, or who have been advised of their rights, have a better chance of being granted asylum. The lawyers working for them can also keep tabs on judges who create what Valdez calls an “ecosystem” — those who tend to deny asylum cases.

According to statistics from TRAC Immigration, an independent group that gathers information about federal immigration enforcement, Kansas City ranks below average when it comes to granting asylum. From 2011 through 2016, area immigration judge Paula Davis decided 314 asylum claims. She granted 115. Judge John O’Malley decided 248 such cases from 2011 until he retired in 2015, but granted asylum just 76 times. In all, Kansas City judges over that period denied 60 percent of asylum seekers; nationally, judges rejected just under half, according to TRAC.

Jonathan Willmoth, an immigration lawyer and adjunct professor at the University of Missouri–Kansas City’s law school, warns against reading too much into those numbers. He points out that only two judges were counted by TRAC to reach that conclusion. He contends that Kansas City sees “the same sort of statistical breakdown that we see in the rest of the country.” The real takeaway, he adds, is in line with what Valdez says: Asylum seekers who are not represented have a lower likelihood of success, as do those who are detained during the process.

Of course, the other factor now skewing recent data is the arrival of the Donald Trump administration. Under the new president, who made hardline immigration and refugee policy a centerpiece of his campaign, the federal government is “focusing on everyone,” Willmoth says. “There is an unwillingness to close cases and prioritize criminals over non-criminals.”

“It’s very tense right now,” says Valdez, a paralegal who has lived in Kansas City for five years. His grandparents moved to Los Angeles from El Salvador, where they fled civil war there in the 1980s. From California, Valdez’s parents made their own flight, leaving behind their fear of urban gangs and resettling in Marshall, in northeast Missouri.

“Asylum is a human right,” Valdez says, quoting the 14th Article of the Declaration of Human Rights, as set up by the United Nations. “What these individuals go through for safety is overwhelming. To me this isn’t a political issue. These people have not broken any domestic or international laws. It is heartbreaking to see them not having the assistance they need since it is such a complicated and expensive process, so our objective is to reach out and hold their hands every step of the way. For free.”

The COE is seeking legal advocates, lawyers and Spanish speakers. To help with the project or make a donation: innovationlawlab.org.