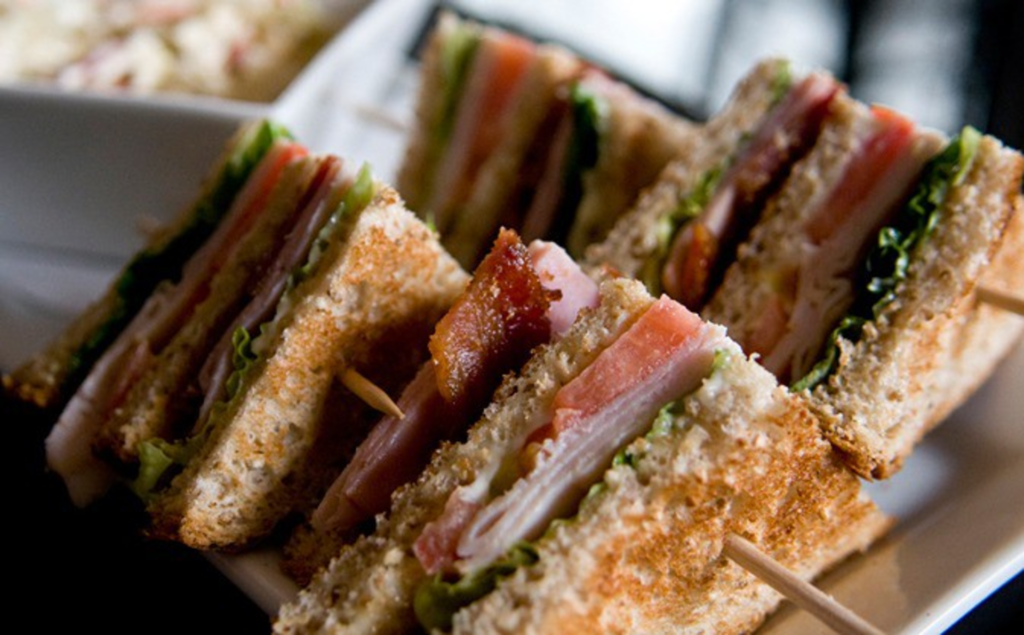 The Granfalloon has been on the Country Club Plaza — though not in the same location — for 34 years, longer than almost all of the other dining spots on the Plaza, except for Plaza III and Fred P. Ott’s (and Winstead’s, not within the shopping district’s original borders). In the 1970s and ’80s, the Granfalloon didn’t have much of a reputation for being anything but a popular late-night hangout for all of the servers, bartenders and managers from the Plaza’s other restaurants.

“In those days, Gilbert/Robinson employees were not permitted to drink in Gilbert/Robinson restaurants after work,” says Golden Ox co-owner Steve Greer, who was a Bristol manager when the Granfalloon first opened. “So everyone went over to the Granfalloon after clocking out. It was one of the few places on the Plaza that stayed open really late. It was just a tiny little joint back then.”

“It was small and smoky and a great place to meet a temporary new boyfriend or girlfriend,” my friend Carol says. “Did they even serve food? I don’t think I ever ate there. And if I did, I can’t remember what I ate.”

That seems to be a standard recollection of the saloon, which was named after a concept created by author Kurt Vonnegut in his 1963 novel, Cat’s Cradle. A granfalloon, according to Vonnegut, was an association or society based on a shared but fabricated premise: “a proud and meaningless association of human beings.” (Vonnegut’s examples: the Communist Party, the Daughters of the American Revolution and General Electric.)

It’s a strange literary connection for a saloon that had become, particularly over the last decade, a proudly meaningless sports bar with no reputation for food. But the Plaza now has a sportier bar for that crowd (810 Zone), and Granfalloon owner Tim Caniglia seems to have decided, after three decades, that it was time for a change.

Not that the Granfalloon isn’t still a raucous place to see a sporting event on TV. The main room, which received a major makeover in April, is one of the noisier gathering spots in town. But by crossing over to the adjoining smaller space, the cozier Legends Room (decorated with illustrations of famous athletes, including George Brett), with its six tables and large windows looking out on Brush Creek, diners can actually enjoy a quiet, relaxed dinner.

Better yet, order an early dinner during happy hour, from 4 to 7 p.m., when the Granfalloon serves a limited but clever selection of $5 appetizers that can be combined for a fine light supper. A thin-crust pizza, topped with a creamy parmesan sauce, artichoke hearts and blackened chicken, was big enough for four people to share, and the fried crab bites, served with a bright pepper sauce, were a crispy surprise. The best of that menu’s six choices, though, was the grilled shrimp, wrapped in a sheath of pancetta and smothered in a luxurious gorgonzola cheese sauce.

The different friends who joined me on my four visits to the new, improved Granfalloon were so busy praising the dishes of chef Michael Clay Colling that they never noticed the saloon had also changed its name this past spring.

“We used to be a traditional bar and grill, but we wanted to be something more than that,” Caniglia says. “It’s a more competitive market out there now, and we just couldn’t be a burger and nacho place anymore.”

So Caniglia, who runs the Granfalloon with his ex-wife, Nancy — “We get along great and we split the duties of operating the business” — decided to change the name from the Granfalloon Bar & Grill to the Granfalloon Restaurant & Bar. In January, he hired Colling, formerly of the Raphael Hotel, to take over the kitchen and revamp the menu.

Colling has done an impressive job. He has trimmed a lot of typical, boring bar snacks from the menu and beefed up the entrée list, adding a gorgeous, juicy steak au poivre and an inexpensive but delicious 10-ounce sirloin. The latter is grilled with a brown-sugar and bourbon glaze and sided with a bubbling mound of creamed potatoes dappled with smoked bacon.

If it sounds like there aren’t a lot of vegetarian options here, well, there aren’t. But I was impressed by a pasta sampler that arranged two neat little portions of fettuccine, tossed in a brassy roasted garlic-parmesan cream sauce, on a plate with a few ravioli pillows stuffed with wild mushrooms glistening in brown butter sauce.

Most of the entrées are priced at less than $20, and a couple are truly memorable. A hunk of moist Atlantic salmon, draped over tomato-pepper linguini in a thick, creamy cheese-and-spinach concoction, was first-rate. Ditto a succulent double-cut pork chop drizzled with an apple-Dijon mustard glaze and accompanied by fragrant fennel-roasted potatoes.

“People who see the menu realize right away what we’re trying to do,” Caniglia says. “The Granfalloon hasn’t had a personality change, but the menu has.”

It certainly has. A few years ago, it would have been unfathomable to imagine the Granfalloon, maybe the least pretentious watering hole on the Plaza (don’t bother ordering Campari from the bar), serving anything like Colling’s hand-cut pommes frites. They’re perfect, maybe the best fried potatoes in town. I’ve eaten the chef’s fish tacos twice, and they’re also well to the left of the old Granfalloon and excellent. Colling pan-sears mahi mahi and folds it into a tortilla with chopped pineapple, shredded white cheddar, tomatoes, and a subtle wasabi crème fraîche. Yeah, it sounds a little contrived, but the flavors meld beautifully.

The 12 sandwiches on the menu range from the unexpected (a tortilla wrap filled with burnt ends and apple-jicama slaw) to the sublime (a trio of pint-sized sliders made with grilled Kobe patties slathered with herbed cream cheese and sweet caramelized onions). There’s a meaty portobello-mushroom “burger” for fans of meatless meals, also topped with caramelized onions, with a bit of Swiss cheese and a mildly fiery chipotle mayonnaise accentuating the earthy flavor.

The service here was great on all of my visits to the restaurant: young, beautiful waitresses who seemed to understand the nuances of Colling’s menu. If they didn’t, it took no prodding from me or my tablemates for them to ask the kitchen and secure a firm answer.

The Granfalloon remains one of the Plaza’s only late-serving restaurants — really late (from a limited menu). None of its most stellar choices have made it onto that after-hours selection, which kicks into gear after 11 p.m., but at that hour, you probably don’t want Sticky Asian Chicken anyway.

I don’t venture out to eat after midnight anymore, so I can’t say whether this is still the premier spot for latching onto a “temporary boyfriend or girlfriend” or trading service-industry horror stories. But you can find an excellent Swiss-and-mushroom burger until 2 a.m. And, perhaps, at that hour, that’s good enough.