Less than 24 hours after the Missouri Attorney General’s Office told a federal judge that it’s ready to execute a prisoner next week with a clean and pure drug, lawyers for a condemned prisoner may have proved otherwise.

Lawyers for Herbert Smulls, who has an appointment with Missouri’s death chamber in Bonne Terre on January 29, point to a laboratory’s analysis of the fatal drug Missouri plans to put in Smulls’ veins that says the dose contains some type of unknown substance.

“It is unacceptable by any standard to inject an unknown substance into a human subject,” says Larry Sasich, an experienced pharmacist hired by Smulls’ attorneys, in an affidavit filed Friday.

What’s worse, according to Sasich, is that the laboratory which analyzed the lethal-injection drug for the Missouri Department of Corrections could be the same laboratory that looked at and gave the all-clear to drugs made by a now-defunct Massachusetts compounding pharmacy. Steroids made by the New England Compounding Center were contaminated and killed 64 patients in 2012.

Sasich looked at redacted lab reports of the lethal-injection drug released by Missouri and spotted a notation of “ARL.” ARL is the same acronym of Oklahoma City’s Analytical Research Laboratories.

That lab was criticized by the U.S. Food and Drug Administration following a visit in 2012 where inspectors found that ARL was not meeting industry standards for what should be a sterile testing environment.

ARL did not respond to The Pitch’s request for comment.

“These documents once again demonstrate the danger of allowing Missouri to procure execution drugs in secret,” said Jeffrey Mittman, executive director of the American Civil Liberties Union in Missouri, in a written statement. “They reveal serious questions about the credibility of the secret lab that Missouri has hired to vouch for the quality of its execution drugs.”

The copy of the lab report released by the Missouri Attorney General’s Office bears strong resemblance to  ARL reports that analyzed the infamous New England drug, copies of which were posted on an online Wall Street Journal article about the newfound skepticism of labs that analyze custom-made drugs. 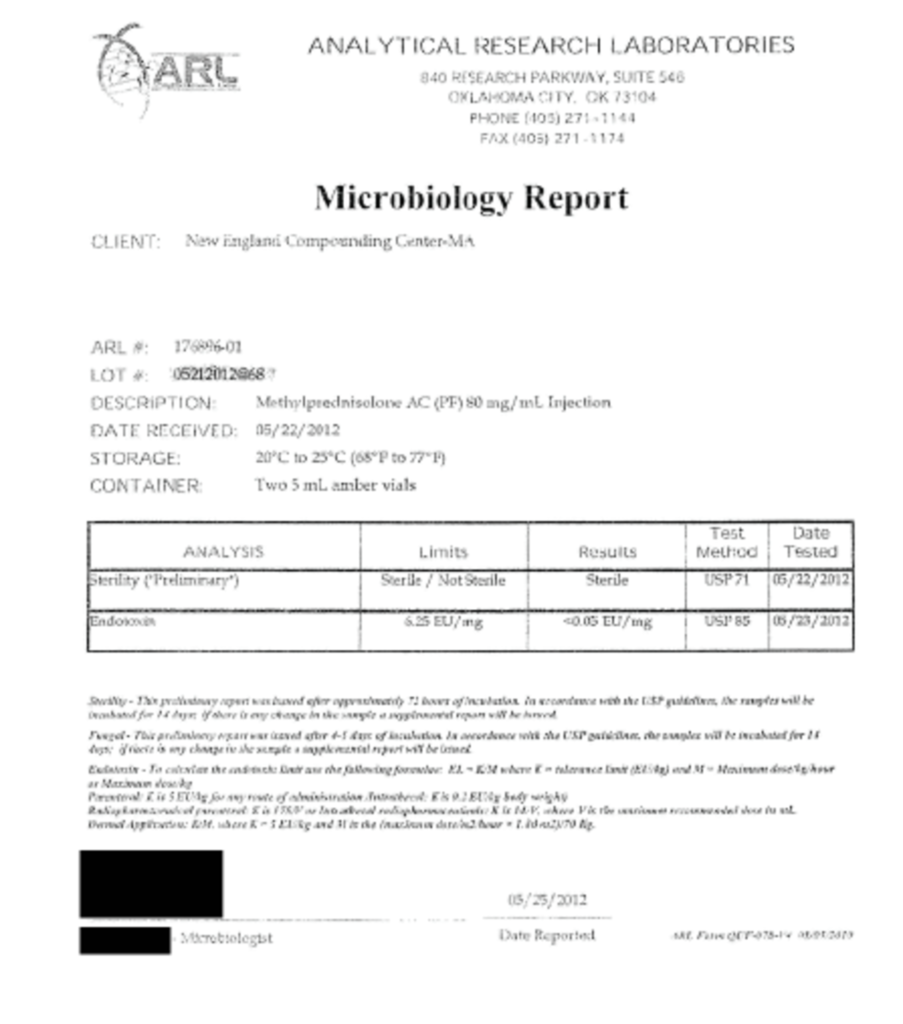 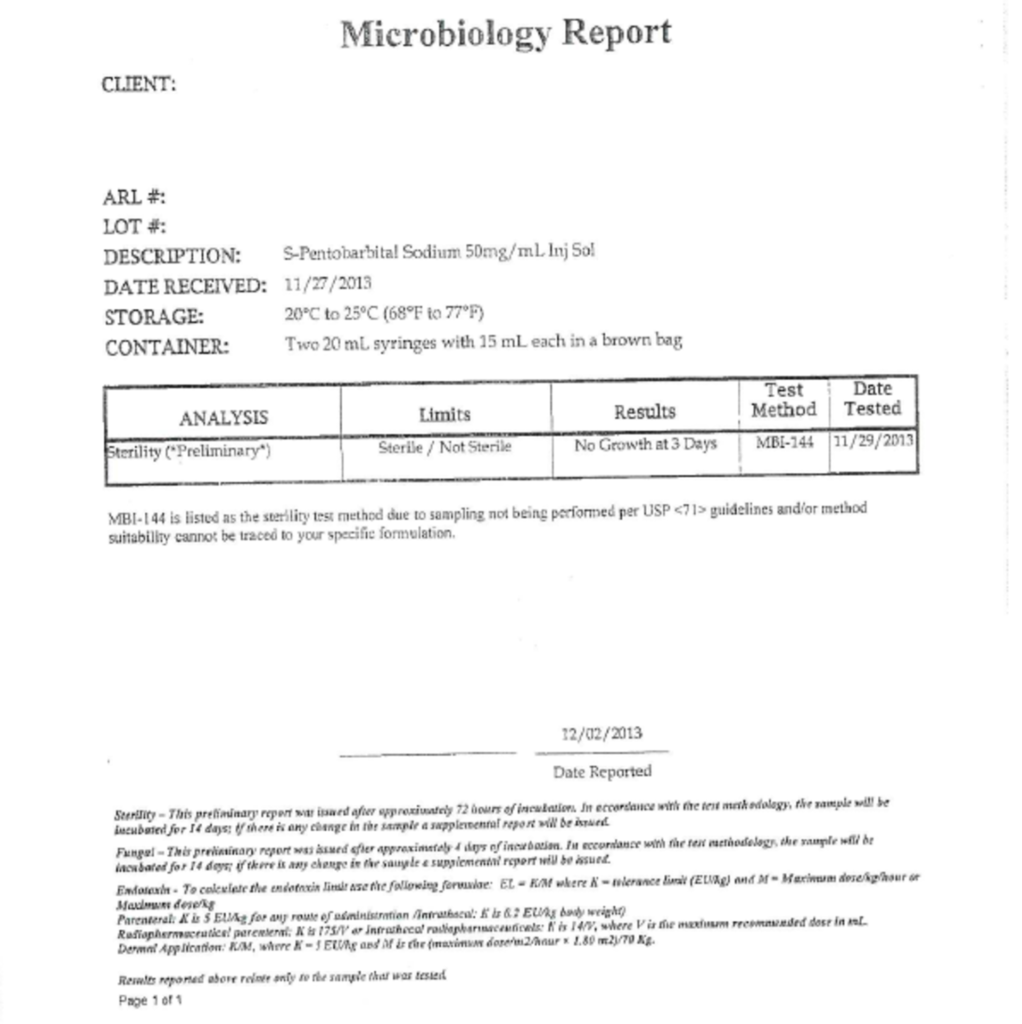 That’s why death-penalty critics were dismayed when Missouri announced that it was obtaining its lethal-injection drug from a compounding pharmacy after major drug manufacturers refused to sell their products to the state.

The drug, pentobarbital, comes from a compounding pharmacy in Oklahoma that is not licensed in Missouri.

Attorneys for Smulls and other Missouri inmates on death row have been fighting the Missouri Department of Corrections in federal court over the state’s capital-punishment protocol. They believe the state’s chosen lethal-injection protocol violates several laws and does not protect the prisoner’s constitutional right against cruel and unusual punishment.

Lethal injection was introduced to the execution menu in 1982 and was presented as a painless, peaceful way to die during a time when electric chairs and gas chambers proved to be anything but. But lethal injection is facing a tide of opposition due to evidence that prisoners are not always dying painlessly and that states don’t know what effect the drug has on the condemned. That is detailed in parts of a lengthy feature published this week by The Pitch about Missouri’s troubled capital-punishment history.

Smulls, convicted in a 1991 jewelry-store shooting, has only days to live unless his attorneys can convince a federal judge to delay his punishment for no fewer than 60 days. The Missouri Attorney General’s Office on Thursday protested that delay, insisting that it had an orderly and legal execution procedure planned for the convict from St. Louis.

The arguments pave the way for what likely will be intense litigation over the weekend and into next week in the run-up to Smulls’ execution date.