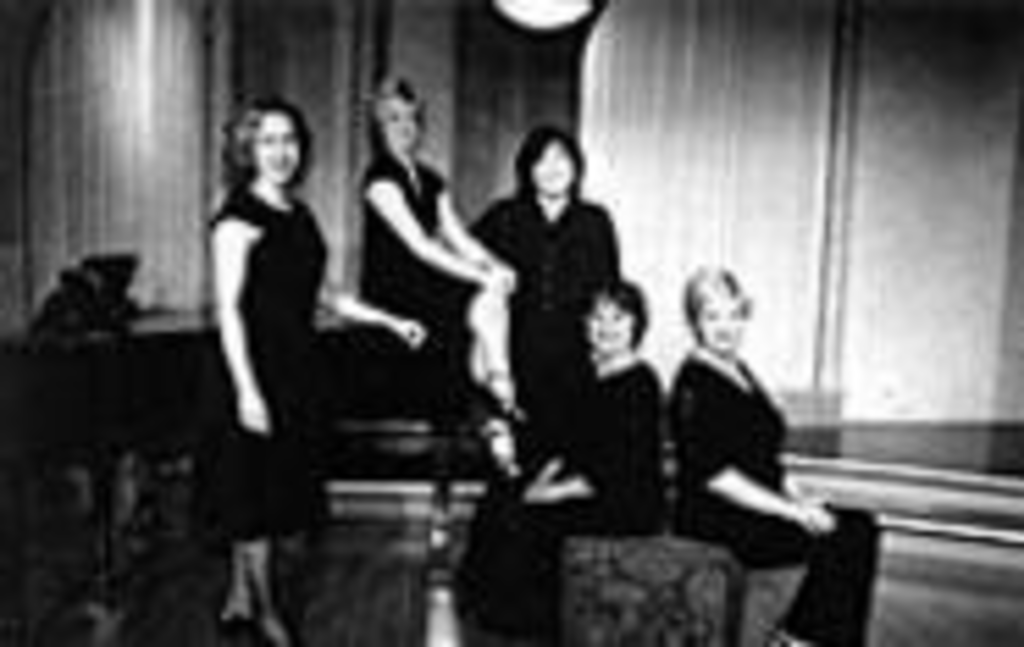 I should have been careful what I wished for. After several similarly patterned cabaret shows, Quality Hill has finally staged a real musical — and the result is as hip and up-to-date as tie-dye. Watching the five dizzyingly talented actresses in A … My Name Will Always Be Alice tear into this fluffy and musty material is a bit like watching lions preying on Jell-O. Of course they triumph, but to what end?

No fewer than 28 contributors are credited with this compilation of songs, sketches and monologues about the female circle of life. But like that scary tub of cottage cheese hidden in the back of the refrigerator, the expiration date has long passed.

Certificates of valor, though, go to Teri Adams, Cathy Barnett, Debra Bluford, Nancy Marcy and Stephanie Nelson. If any cast could make Harry Winston tiaras out of costume jewelry, this is it. The ladies blaze through two hours with fine voice and expert comic timing.

Their material, however, gives off the nostalgic aura of an old Ms. magazine. There’s the feminist, quasi-lesbian poet, played by Bluford, who delivers three free-form rants united by the phrase He did it. Barnett plays a male construction worker whose freshest taunt to Nelson’s female passerby is “Nice gazoombas.” (The punch line here is that Nelson turns the tables by asking Barnett’s character to show her his penis and, of course, he’s outraged.) Three women at a male strip show live it up while their presumed husbands brood at home.

Some songs are unquestionably lovely. Adams’ rendition of “The Portrait,” Nelson’s “I Sure Like the Boys” and Bluford’s “Wheels” are poignant and splendidly sung. But there’s a cookie-cutter sameness to the themes: Wide-eyed girls with dreams grow into women bearing the shrapnel of life’s slings and arrows — or their mothers’. When Adams and Nelson duet on “Friends” near the end of the show — playing high school girls who are about to zip through their lives in three minutes flat — you’re hearing the last chorus before they finish the first verse.

Alice is directed at a clip by J. Kent Barnhart, who is surprisingly at ease without his usual tuxedo. During a couple of skits, he seems to be turning his head to the wall and biting his lip to keep from cracking up. His contribution here is having had the foresight to lock these busy ladies into his theater’s schedule. About halfway through, though, I wanted to give Barnhart blanket permission and a big check to craft his own revue about women. He could mine many musicals or any Dixie Chicks album and find more depth for such capable performers. These debs deserves hotter dates.