A Lot of Whimsy 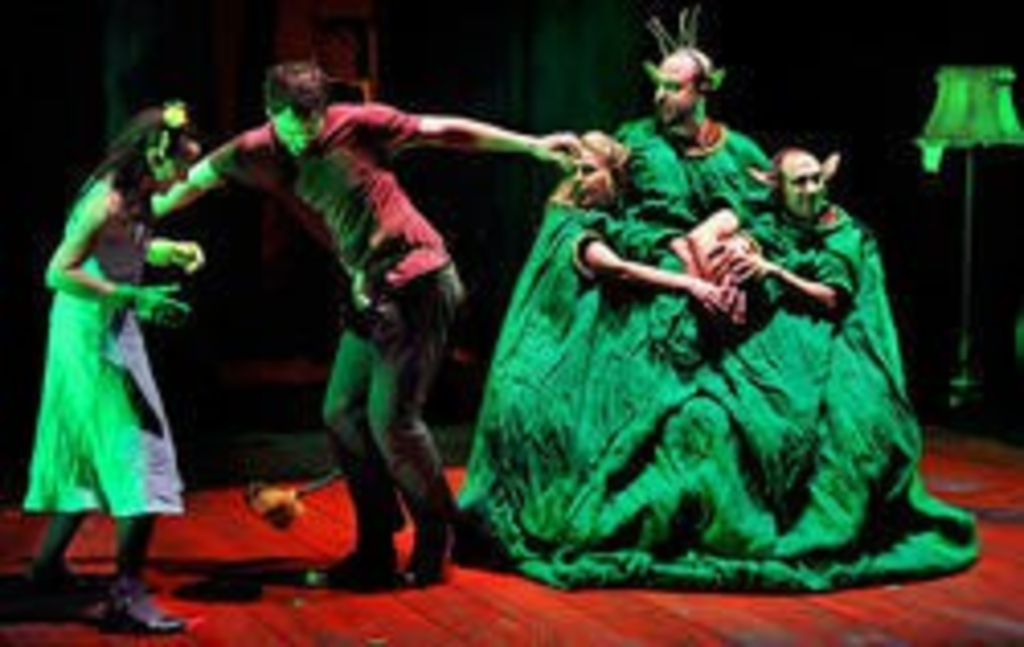 The Kansas City Repertory Theatre’s production of Peer Gynt makes strikingly clear why Ibsen is considered “the father of modern theater,” and perhaps the greatest playwright since Shakespeare. Variously a fairy tale, a pilgrim’s progress, a recurring nightmare, a prodigal’s return, an Everyman story, and a raw autobiography of Ibsen himself, the play is streaked through with inventiveness and fantasy but also grounded in universal human questions. Its issues are as current and relevant as, say, a Judd Apatow movie (will the eternal man-child ever grow up, and at what cost?), and its structure and staging 144 years after its writing still feel avant-garde.