A 2016 report that the state of Missouri refused to release shows that guards at a Kansas City prison bullied and threatened other guards and used extremely vulgar and harsh sexist and racist terms to describe female bodies and sex acts they thought the women could perform on them or may have performed on others.

The 19-page report was the result of an investigation by Ann Molloy, a Kansas City lawyer who last year was hired by the Missouri Department of Corrections to examine allegations of discrimination and retaliation at its West Bottoms facility. The complaint from which the allegations stemmed was filed by a Lee’s Summit lawyer last January, after guards were alleged to have threatened the life of a witness he’d called to testify in a discrimination trial just a few days before.

The Pitch learned about the report in late August, while investigating discrimination lawsuits against the department, and requested a copy of it from the state. That request was denied.

In Jackson County Court, lawyer David Lunceford was fighting with the state to be able to use the report in his discrimination lawsuits against DOC.

In a brief to Jackson County Circuit Court Judge James Youngs, Lunceford wrote, “The Molloy Report is an open record subject to full public disclosure and to shroud it in a cloak of confidentiality runs afoul of Missouri statutory and case law.”

A few weeks later, Judge Youngs agreed with Lunceford that the report was a public record and ordered it unsealed.

The Pitch filed a second request for the report, but the state again refused to release it.

A source who asked not to be identified subsequently provided a copy of the report to The Pitch.

When The Pitch last week contacted David Owen, the DOC’s spokesman, asking for comment about the report, he responded by email: “The department does not comment on matters under litigation.” 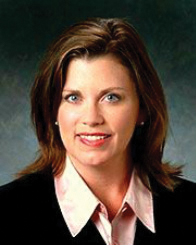 Molloy started her company, Encompass Resolution, in 2007. It focuses on the investigation of workplace complaints and workplace training. She filed her report on July 6. The state paid her invoice on December 6.

Lunceford, the lawyer who filed the complaint and has handled dozens of discrimination lawsuits against the DOC and its prisons, including in Kansas City, Cameron and St. Joseph, said he would not comment on the report.

The DOC is under investigation by the state’s House of Representatives after a story in The Pitch last November revealed that the department had permitted a longstanding culture of corruption, harassment and retaliation. The Pitch story also showed that the state had paid millions of dollars over the past five years to victims who had been abused by their supervisors and colleagues.

Lunceford and other lawyers are using the Molloy report in other Kansas City prison lawsuits as evidence to show that discrimination and retaliation have made working conditions within the DOC intolerable.

Last January, a Jackson County jury awarded Debra Hesse — Lunceford’s client — almost $2 million for the discrimination and retaliation she faced working as a guard at the Kansas City Reentry Center and the Tipton Correctional Center.

One of the witnesses in Hesse’s case — Tina Gallego, a corrections officer — testified in the trial that several male guards had used shockingly vulgar language and had bullied and assaulted her also. Gallego said supervisors did not respond to her complaints.

On January 20, 2016, the jury returned its verdict, and that same day, at the prison, an inmate told Gallego that “she needed to watch her back, and that she was in danger because ‘they know you snitched’ and ‘the white shirts are after you,’ ” according to the report, and to a lawsuit petition that Gallego has since filed.

After Lunceford filed the complaint, both Gallego and Hesse were placed on administrative leave with pay by the department while the investigation was conducted.

According to Lunceford’s complaint, Gallego had been bumped by Douglas Avery, a guard; Sgt. Cory Finley saw this but took no immediate action.

Lunceford’s complaint also said inmates were being solicited by “angry DOC employees to assist in creating a hostile work environment.” In addition, court documents say that male employees gave Gallego “silent glares” and moved away from her when she walked through the halls.

Molloy interviewed Gallego, Hesse, six other correctional officers, and nine persons with a rank of sergeant or above, including Warden Lilly Angelo. According to Molloy’s eventual report, Lawrence, Edwards and Bryan regularly used “offensive sexual language” about women in general, including the words or phrases “bitch,” “slut,” “whore” and “fucking crazy bitch.”

One female guard, Ana Barrios, was a favorite target of the three men, according to the report. Witnesses said the men called Barrios similarly vulgar words but also a “nigger-loving whore.” According to Molloy’s report, witnesses reported that comments made by the men about Barrios included: “She’s up there sucking [a sergeant’s] dick. She’s up there on her knees sucking [the sergeant and another officer’s] dicks. There she goes, that skanky bitch, going to suck dick.”

Witnesses told Molloy that Barrios was talked to in this way several times a week, according to the report.

Because of her complaints, the report said, Gallego believed she had become a target of the three men, whose insults continued and, in at least one instance, became physical.

Gallego said that in early January, Lawrence approached her while she was in a workroom and hugged her. He then, according to Molloy’s report, “forced her over the table, and she could feel his hands against her breasts and his breath on the side of her face as he said, ‘Gallego likes hugs, don’t you Gallego? Gallego likes real deep, deep hugs.’ ”

The Molloy report cited a second investigation by the state that was taking place simultaneously. It involved complaints that another guard, Jacob Timbers, filed against the three men.

Timbers, who is still a guard at the prison, said the men called him “fag,” “fucker,” “motherfucker,” “douchebag,” “Mama’s boy,” “bitch” and “ass hurt.” Timbers said in his interview that the three men had warned him that, if anyone complained about them, “they would turn on that person” and “make that officer’s life hell.”

Molloy spoke with several supervisors and the warden, according to her report. Several said that, though they were aware of the three men’s actions, they didn’t remember Gallego complaining about her treatment; the complaints Gallego said she had filed, these supervisors told Molloy, could not be found.

Molloy concluded that Gallego had reason to be concerned after she testified in the trial.

And Gallego’s concerns were heightened because Hesse reported an incident, just before her case went to trial, in which her driver’s-side car window had been shot out as she was leaving work late one night. Kansas City police investigated but made no arrests.

Molloy wrote in her report that, of the three officers who had violated DOC policy, one had resigned and the other two were facing “disciplinary assessment.” It’s unclear if the two were punished, because it is not a public record; according to online employee records, they no longer work for the prison.

Hesse and Gallego said that, based on the conclusions reached in the Molloy report, prison officials ordered both of them to return to work in late July. But Hesse told The Pitch that she refused to go back because she feared for her life. The investigation, she said, did not go far enough.

Hesse said she told Gallego not to go back to work. Gallego replied that she needed the money.

“I begged her not to go,” Hesse told The Pitch last week. “I told her, ‘Something will happen to you.’ The only way I am going to go back is if there was a police escort standing there while I worked. I will not come out alive.”

When Gallego returned to work on August 1 of last year, her supervisors refused to give her keys to the cells, making it dangerous for her to do her job, according to a lawsuit she filed in September.

Nine days after returning to work, Gallego opened a can of soda and left it on her desk when she was summoned to meet with a supervisor, who ordered her to work an additional eight hours, Gallego told The Pitch last year. When she returned to her desk, she took a drink of the soda, thought it tasted funny and threw it out, according to her petition. Within a couple of hours, she started vomiting, her legs swelled, and she developed a severe rash. She was still vomiting after three days, and her skin had begun to peel. Her doctor ran a series of tests and determined that she had been poisoned, according to her lawsuit petition.

“She [the doctor] took my hand and said, ‘Honey, there is no doubt: You were poisoned,’ ” Gallego told The Pitch. “I was already scared, but that’s when I faced the reality. This is it. I can’t go back there.”

Both Hesse and Gallego are still employees of the state, but Hesse hasn’t worked since last January, and Gallego worked only a couple of weeks in August before the alleged poisoning.

The DOC discontinued Hesse’s pay last August, but Gallego is still being paid and has received $36,000 since January 2016, according to the state’s online employee records.

Owen, the DOC’s spokesman, did not respond to a question about the women’s status with the department.

Hesse and Gallego told The Pitch they had hoped that Molloy’s investigation would be broader. The allegations in the report, they said, were only “the tip of the iceberg.”

Molloy wrote in her report that her investigation had been hampered because prison officials refused to cooperate.

“I requested various documents from the facility on the date of my interview with Warden [Lilly] Angelo and Deputy Warden [Bryant] Holmes,” Molloy wrote. “I followed up on my request to the Warden on June 21. At the date of this writing, I have not received the requested documentation.”

Because DOC officials have refused to comment, it’s unclear why the investigation didn’t go further.