When Congress approved the Interstate Highway Act, in 1956, Kansas City was ready. Five years earlier, the city had developed a plan for a freeway system. “A properly located, well-designed expressway reflects the public spirit, is a source of local pride and provides an inspiration for greater municipal achievement,” the plan stated.

Today, it’s easy to wish there had been a little less public spirit. Once heralded as futuristic people movers, the freeways tore up neighborhoods and tied a noose around downtown. 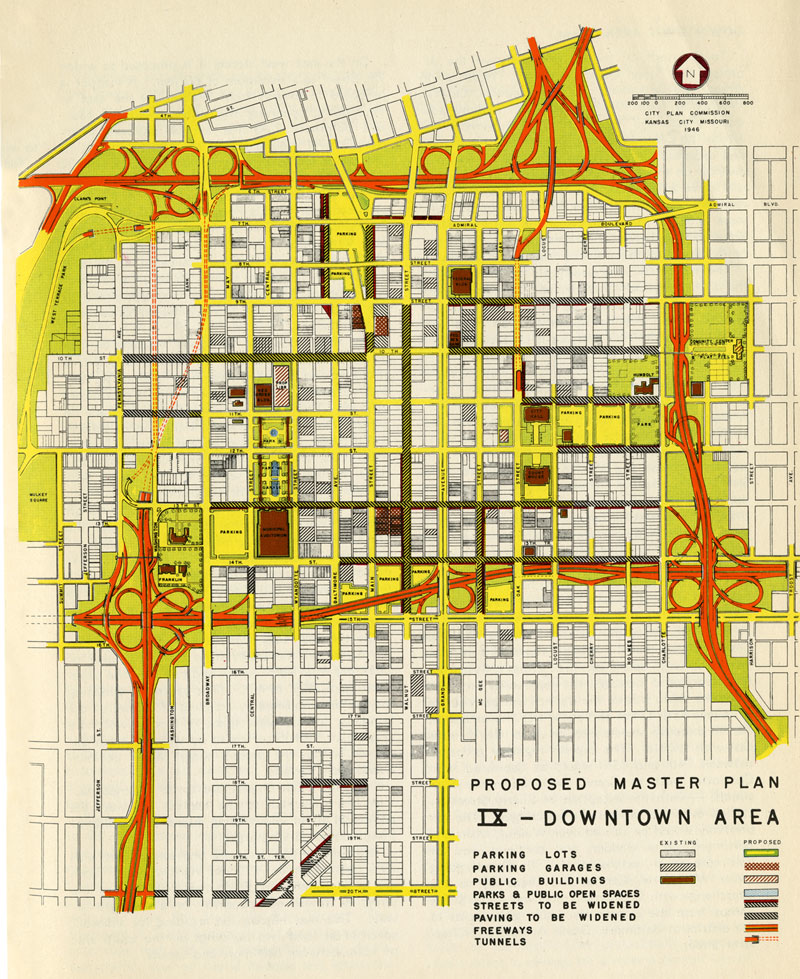 Michael Wells, who works in the library’s Missouri Valley Special Collections, researched and curated the exhibit.

“While perhaps initially responding to post–World War II anxieties over the fate of cities, the urban-renewal period expanded to represent a unique time where large infusions of federal money allowed public leaders, developers and builders the power not only to react, but to reimagine what cities even were and how people interacted with them,” he says. “The changes they made — some undoubtedly for the better, but many for the worse — are still with us today and sadly are often accepted as just the way things are and always will be.”

The exhibit shows the perils of designing projects without putting enough thought into how people will experience them on the ground. In addition to maps of once extensive streetcar routes and explanations of how federal housing laws failed to live up to their promise, the exhibit includes several before-and-after photographs. In many of the “before” photos, active street life takes place among buildings designed to human scale. The “after” photo is often a dispiriting Modernist building or an intersection designed to handle heavy automobile traffic.

A building designed by Burnham and Root, the great architectural firm of the late 19th century, once stood near Eighth Street and Main. At the site now is a building familiarly known as “the flashcube” because of its resemblance to a camera attachment from the 1970s.

Among other sources, Wells went through the papers of L. Perry Cookingham, the city manager hired after Tom Pendergast went to prison. Cookingham pushed the city to annex land north of the Missouri River, led the planning of the freeway system and acquired land for Kansas City International Airport. 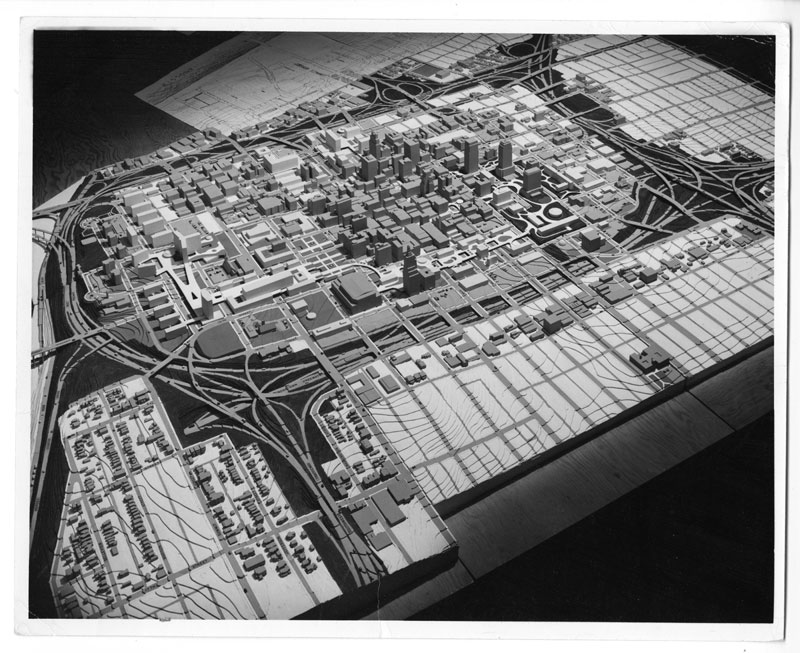 Cookingham brought professionalism to city government. But the fast pace of progress came at a cost. Included in the exhibit is an aerial photograph of the north end of downtown. It shows a swath of buildings flattened, as if by a tidy tornado, to make way for Interstate 70. Wells says 30 buildings were removed.

In another photo in the exhibit, Cookingham, Mayor H. Roe Bartle and another man stand next to a large scale model of the city. Looking at the photograph, Wells says he is reminded of images of generals plotting invasions on map tables: the city as a space to be conquered.

Some of the ideas of the postwar planners were at least interesting. The exhibit includes renderings of proposals for a monorail and an elevated roadway for buses. An enclosed shopping center was contemplated for the south end of downtown. But mainly the era inflicted banality on the landscape. As writer James Howard Kunstler puts it in his book Home From Nowhere: “The outcome of two decades of urban renewal is that almost nothing of enduring value got built.” 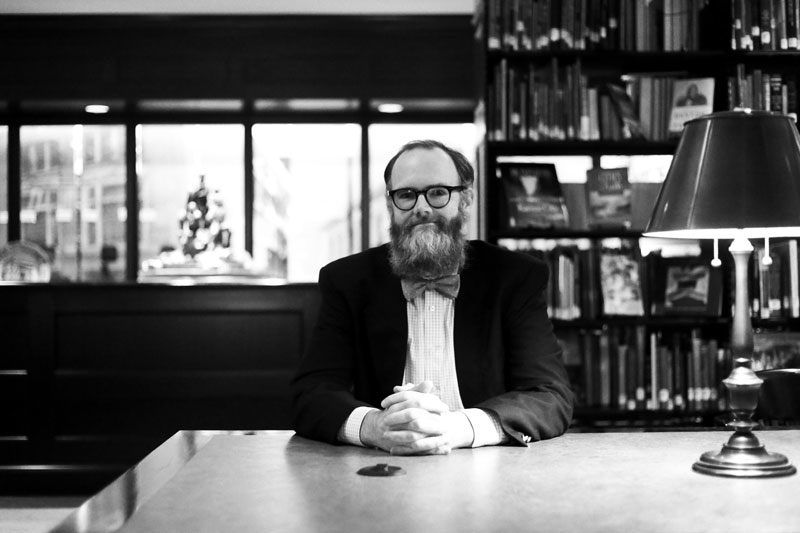 In addition to forgettable buildings, urban renewal disrupted ethnically diverse neighborhoods. In Kansas City, more than 8,000 households in Kansas City were displaced for highway construction between 1950 and 1975. The burden fell disproportionately on black families after the Missouri Department of Transportation began acquiring land for what became known as Bruce R. Watkins Drive. Urban renewal came to be known as “Negro removal.”

Today, Kansas City and other communities are trying to undo some of the mistakes of the postwar era. Developers receive incentives to build residential projects in downtowns and other urban-core areas. Streetcars have returned.

Researching the exhibit, Wells says he was struck by how Kansas City has constantly reinvented itself.

“If the urban-renewal period teaches us nothing else, it should be that we are capable of making and adapting to tremendous change in a relatively short amount of time when we’re motivated to do so. That gives me nothing but hope for the future.”