A is for Appleseed 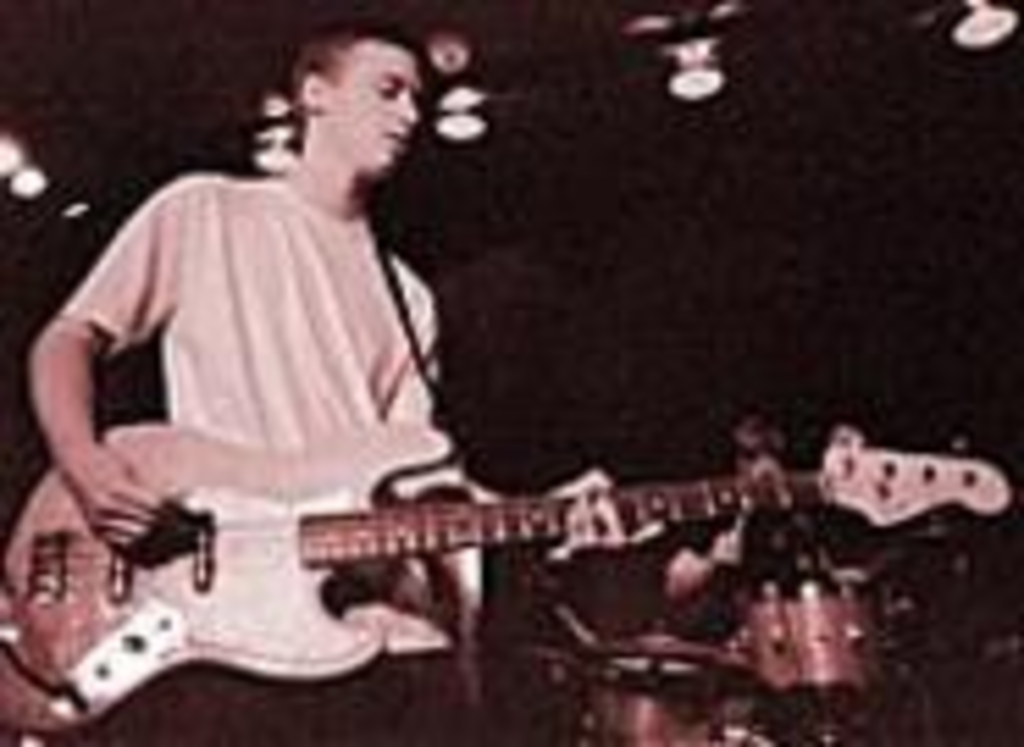 Three weeks isn’t a particularly long stretch of time, but for The Appleseed Cast, which spent a meager seven days to record previous albums, it must feel like years. It makes sense that the group wouldn’t want to rush its follow-up to the critically acclaimed Mare Vitalis, but this lengthy stint in the studio has inspired the group to new prolific heights. By the time the band emerges, its members hope to have completed two records.

“It’s kind of like a long epic,” explains drummer Josh “Cobra” Baruth. “Both of the records will be the same thematically, and one record will not be complete without the other.” If this description seems vague, it’s because Baruth has no idea what that connecting theme will be. The group’s enigmatic guitarist/vocalist Christopher Crisci prefers to keep his ideas under wraps, which, although it might make for a dysfunctional inaugural studio session for new bassist Marc Young, is The Appleseed Cast’s proven modus operandi. “He has lyrics and vocals and themes and everything laid out already, but we’re kind of in the dark,” says guitarist/vocalist Aaron Pillar. “That’s kind of the way he likes to work, and that’s just fine with us.”

Though it’s probably not the crux of Crisci’s lyrical concept, mystery is developing as a crucial underlying theme for the group’s in-progress record, as the band is holing up without having its instrumentation completed as well. “We’re just going to put it all together one little bit at a time and kind of make it all fit,” he says. “This time we just wanted to have the freedom to experiment more with things you can only do in the studio.”

Though the musical content remains shrouded in obscurity, the album has a title, Sunshine for Puddles, though it might be ephemeral. “I guarantee that’s not going to stay,” Pillar promises. “We were just being really dorky.” Baruth’s reply: “That’s actually kind of cool.” Similarly, the duo has a working knowledge of the album’s expected sound. “Kind of a stoner space-rock record,” Pillar says. “We’re trying to break the mold.”

That soon-to-be-shattered mold might be the constrictive emo tag that has shown up consistently in the band’s reviews. It’s a label that’s starting to mean about as much as alternative did before alternative became the norm, a place to lump bands that seemingly have nothing in common except the fact that they have nothing in common. “Led Zeppelin, Beach Boys — those bands were probably emo or would’ve been back in the day according to today’s definition,” figures Baruth. “I’d say a lot of the bands that we listen to or a lot of the bands that we go on tour with are probably put in that same category, but it’s kind of tough just because it is a category.”

His frustration is understandable, especially given that Mare Vitalis (Latin for sea life) defies categorization. It’s a sweeping, melodically dissonant storm that ranges from quiet to furious. As per his usual method, Crisci conceived the album’s aquacentric theme before springing it on the band. “The whole thing behind that was how the ocean is all our water and water is life,” Pillar theorizes, before hypothesizing about the record’s rougher stretches. “At the same time, I don’t know if he was thinking about hurricanes and stuff like that, but the ocean also takes life.”

During the recording, another water-related theme emerged. Crisci and Pillar, both of whom moved to Lawrence early in 1999, the year Mare Vitalis was recorded, began to long for a reunion with the Pacific Ocean. “He’s from San Diego; I’m from L.A.,” Pillar says, “and we lived by the ocean and kind of missed that, living out in the flatlands of Lawrence. It was a little bit of home, but a little bit of establishing the fact that we don’t live there anymore, too, with some of those songs saying that’s where I was from and that’s not where I’m from anymore.”

Baruth was already in Lawrence when he joined The Appleseed Cast, although he too is a transplant. (He’s a Minnesota native.) He’s started working closely with other local musicians, such as The Anniversary’s Justin Roelofs. “It’s going to be like this crazy straight-up huge rock and roll band, and it’s going to be tough,” he says of their proposed collaboration. He drops his voice at least two full octaves to intone their fearsome name, “Blackbear,” then describes their equally fearsome wardrobe. “Leather jackets, feather boas left and right, snakeskin boots, red leather pants, no shirts. We’ve all got pet snakes now, like these huge boa constrictors and we’re all getting into crocodile wrestling.”

Founding members Crisci and Pillar also have their own side project, Hundred Hands, but the members are still procrastinating about releasing its material. Perhaps Crisci and Pillar aren’t comfortable with recording in an orthodox manner, as this group actually mapped out its subject matter in advance. “I recorded the first things in February, and I would have finished it a week ago but I had to fly to L.A. for some crazy family business,” offers Pillar. “Basically, it’s me and Chris writing some really cheesy love songs with drum machines, and it’s pretty sappy. I was pretty upset about a girl, so I decided to write a record about it. I don’t know if that was a good idea or not, but I did it, so now I have to finish it.”