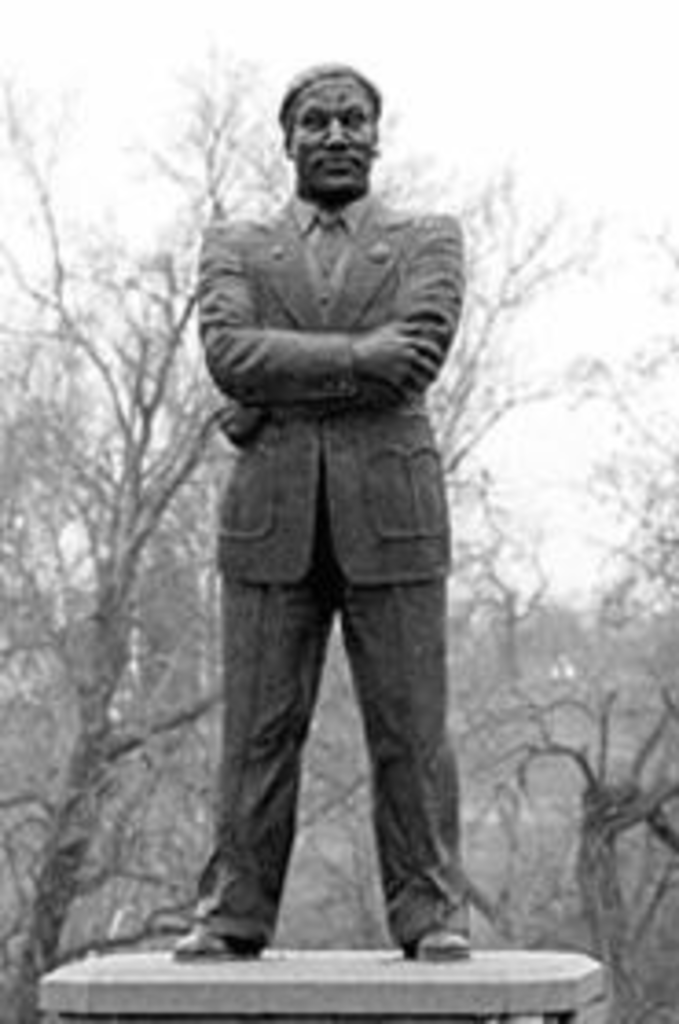 When Anita Dixon thinks about Martin Luther King Jr., she has this to say: “Yes, we shall overcome. Now. OK? Now.”

A good start would be to relearn about the civil-rights movement. We know, you learned all about the shit that went down in Birmingham, Alabama, in, like, eleventh grade. You know all about Rosa Parks and the bus. Tired feet. You don’t need a lecture.

But then again, you actually might. Because the fact of the matter is, you don’t live in Alabama. Dixon would like to get a Kansas City civil-rights-movement tour going, but for now, most of its stops are unmarked. If you didn’t know better, you’d drive right past them. We’ll help you check them out on Martin Luther King Day.

Stop 1: The Green Duck Lounge, 2548 Prospect. You’ll recognize it by the green awnings. According to Dixon, this has long been the premier black nightclub. Leon Jordan, who galvanized black voters by founding Freedom Incorporated and served three terms in the Missouri House of Representatives, kept his office here. He also ran the club. While closing the tavern early one morning in 1970, he was shot at close range, assassinated. “This has been the site of a lot of situations,” Dixon explains. “And when [politicians] come into the ‘hood to do lobbying, they still come to the Green Duck.”

Stop 2: Bernard Powell Memorial, 28th Street and Brooklyn. “That is the best likeness of a human being I have ever seen,” Dixon says. “That guy looked just like that!” Powell founded a political group called Social Action Club 20. His slogan was Ghetto or gold mine — the choice is yours. “He was saying, ‘Don’t let people view you as someone or something that’s not valuable,'” Dixon explains. Powell was assassinated in 1979 — not very long ago. Broken glass bottles on the ground indicate that few if any field trips come through here. “I want to know when they stopped teaching state history,” Dixon says as we continue on our way. “When the hell did that happen?”

Stop 3: M&M Bakery and Delicatessen, 1721 East 31st Street — just south of the area where black people lived during segregation. (The cutoff is at about 24th Street.) “A wonderful Jewish lady used to own this place,” Dixon recalls. “A young girl from the neighborhood used to come here all the time, as this part of the city was becoming more and more black. When the girl grew up, she bought the deli. So it’s a black-owned Jewish deli. You can’t buy pork.”

Stop 4: Mutual Musicians Foundation, 1823 Highland. “Jazz, the creation of that level of blues, came out of segregation,” Dixon says. It might be old news to report that the Mutual Musicians Foundation, where late-night jam sessions go on to this day, used to be the home of the black musicians’ union, Local 627. It’s where people such as Duke Ellington, Charlie Parker and Ella Fitzgerald hung out. “They wouldn’t let us into the white union,” Dixon says. “So we had the most enduring union number ever. Who didn’t want to be a part of Local 627?” Then she points out the former hotel next door. “I would have dug the ’40s,” she says, looking at it. “If I was partying.”