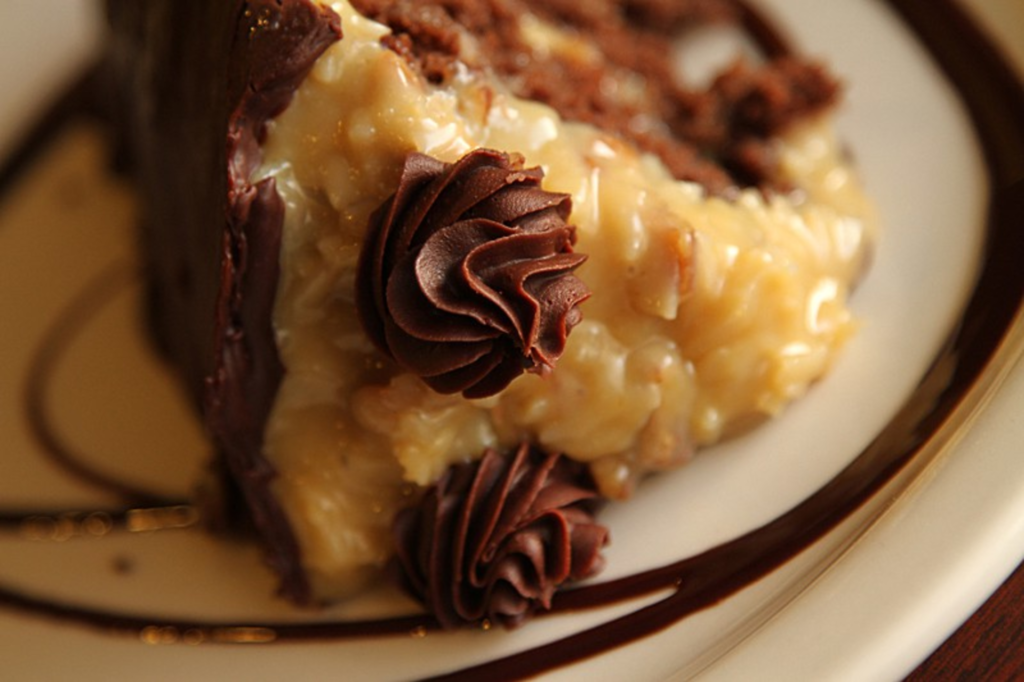 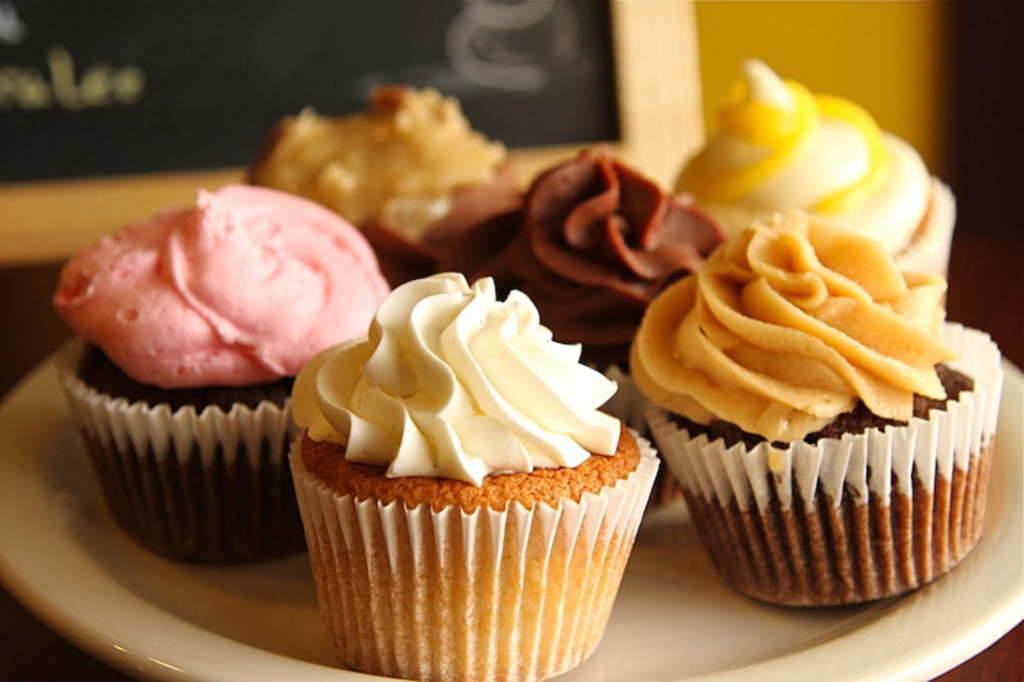 The Fig Tree Café & Bakery in Lee’s Summit may be the area’s best example of the restaurant as melting pot. The owners, Robin Graves-Altoom and Taleb Altoom, took a former Minsky’s Pizza location, polished it up and created a cozy family-style diner that serves comfort food American (Philly cheese steaks, cheeseburgers, Reuben sandwiches) and Middle Eastern (gyro and shawarma sandwiches, lentil soup, hummus). The only thing missing is Disney’s “It’s a Small World” piped in on repeat.

You think I’m exaggerating, but I promise I’m not. There’s a mural on the wall, of a fig tree, painted by Robin’s 12-year-old daughter. It’s cute, like just about everything in this setting, from the “Ooey-Gooey Four Cheese Omelette” to the precious miniature desserts. Even the serving staff is made up of attractive and super-cheery suburban teenagers, the kind of kids who might join Up With People. They seem so delighted to be working in this homey environment that you can’t walk out feeling anything but happy. Believe me, I tried.

Sophisticates might gag, but to hell with them. Robin and Taleb opened their restaurant last May with serious intentions. “We use locally sourced products whenever possible,” Robin says, “and most of our products are fresh and organic. There’s no deep fryer in our kitchen and never will be.”

There also won’t ever be any liquor in the restaurant. Or pork: Taleb is an observant Muslim. The Altooms also don’t serve dinner on Saturday nights, so they can be home with their children. By local-restaurant standards, these are unusual policies, particularly for a suburban venue, but Robin says they’ve encountered nothing but positive support for their operation. “Lee’s Summit is a community, and we’re a community-focused restaurant,” she says.

The first time I dined at the Fig Tree, I had brunch with a friend of mine — a beautiful, hard-drinking party girl — who had first told me about the restaurant. It didn’t seem like it would be her cup of tea at all, but she liked the place a lot. This friend, Arabella, had just returned from a tryst with her latest rich boyfriend and was a shade hung-over when I met her on a Saturday morning.

“Thank God, the coffee’s good and strong,” she said, removing her sunglasses. “I don’t even get out of bed this early for someone I desire.”

She looked hungrily at the server, a broad-shouldered athletic type with blond hair. “Will I like the eggs Benedict?”

He assured her that she would. And why wouldn’t she? It was a stylish, towering affair perched on a toasted English muffin: two poached eggs, sliced avocado, sliced turkey and sun-dried tomatoes, all smothered in a smooth, rich hollandaise. I’m not typically a fan of creative variations on the traditional dish, but this Benedict had some class.

I was a little intimidated by my own meal, an overstuffed shawarma sandwich: soft pita crammed with grilled chicken and creamy, mildly seasoned hummus. I could barely juggle the sandwich up to my mouth — it was the size of a small football. I spilled a lot of the ingredients on the table.

Arabella hissed at me, but not because of my messy eating habits: “Listen to the music,” she whispered. “It’s Celtic!”

Well, they do serve oatmeal.

The many eccentricities of the Fig Tree Café & Bakery delight Arabella, whether she’s hung-over or not. And it’s so eccentric, in a good way, that I wonder if it’s Taleb’s visceral reaction to the decade he spent working for a totally unstylish corporate restaurant chain, IHOP, where almost everything — from portion sizes to music — is mandated by executive decisions.

Robin’s restaurant background is a little more free-form; her résumé includes a stint as a performer in Branson. She’s the primary dessert maker here, and her pastry choices often are dictated by “where my fancy takes me,” she says. They make an interesting team, and their distinctive personalities resonate in a menu that offers both a Mediterranean breakfast platter (eggs, hummus, shekshouka, lebenah) and a custard-soaked brioche french toast.

I’ve pretended to watch my weight lately, so I asked the server about the “signature za’atar-spiced potatoes.” Were they deep-fried or pan-fried?

They’re not fried at all, I was told. Robin grills her spuds and sprinkles them with a little olive oil and thyme-based za’atar spice mixture. It’s not a kicky seasoning (za’atar is traditionally made with sumac, oregano, thyme, marjoram and salt), but Robin tosses in a pinch of black pepper to give it a bit of heat. They’re so good that I ate my potatoes and Arabella’s. She says single girls don’t eat potatoes until they’re engaged.

I returned for dinner the following week with another female friend, the very pregnant Erin. She’s perpetually ravenous, so she ordered a starter — hummus with grilled green and red peppers, squash and onions — while she waited for me to arrive. “The veggies smell delicious, don’t they?” Erin said.

They did. I wished that the pita bread had been grilled along with the vegetables, but it was a healthy starter for a meal that got progressively more fattening. Erin’s free-range chicken breast had been marinated in organic stone-ground mustard sauce and grilled beautifully. The night’s Middle Eastern special was a kefta kebab platter, heaped with grilled, lusciously moist marinated chicken and brochettes of ground beef mixed with cumin, paprika, onion and coriander, all presented with those grilled vegetables, which were somewhat less appealing this second time around.

“Don’t eat too much,” our server warned us, after I had eaten all the meat on my plate. “We’re famous here for our desserts.”

I rolled my eyes at the time, but in this case, the kid was right. Robin’s gorgeous six-layer coconut cake may be the best example of this delicacy in the metro. Erin took two bites, and I polished off the rest. We also tasted another of her specialties: little shot glasses filled with flavored mousse and pastry. “They’re for people who just want a bite of something and not, you know, a whole dessert,” the server explained.

I’m always up for a bite of something, so we decided to try two shots: a tiramisu version (it needed something — a hint of Marsala or a coffee liqueur) and a much sassier chocolate-espresso creation. “We usually have a full array of choices,” the waiter said with dramatic emphasis on the word array.

I’m all for an array of anything, and the front counter of the Fig Tree is usually piled with platters of cookies, muffins, lemon bars and other pastries. How could anyone forget that this place offers desserts when walking past such a theatrical display?

Tucked into a storefront in an unmemorable shopping strip, the Fig Tree is one of those operations that easily could get lost in Lee’s Summit’s glut of uninteresting chain restaurants, but the Altooms have created a happy environment that’s unlike any other venue on the southeast side of town. You’ll wind up liking it — whether you want to or not.