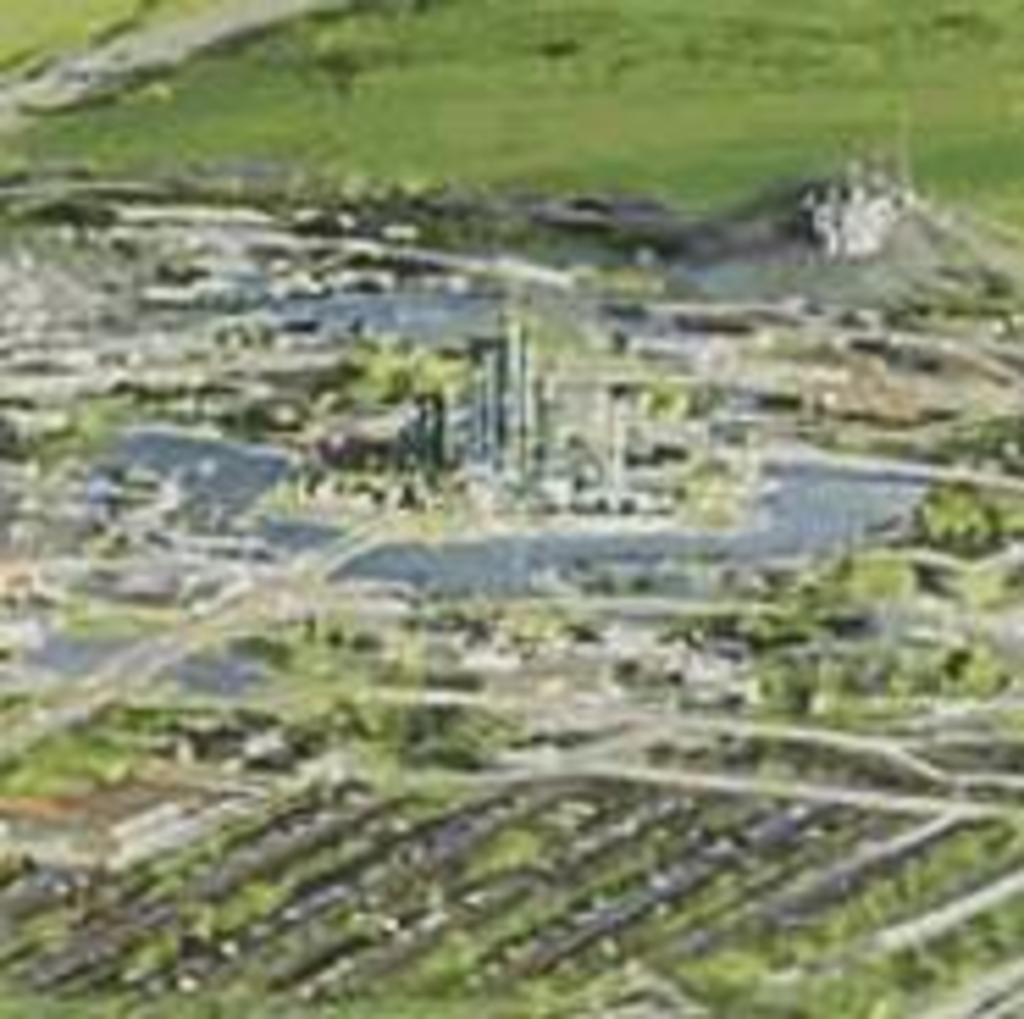 Attractive, professionally dressed women don’t make it a habit to scoot past a half-dozen empty seats just to sit next to me at public meetings. So when one did so at the Johnson County Board of Commissioners Public Work Session on August 15, where opponents of the proposed Wonderful World of Oz theme park presented their comments, I did what any divorced male baby boomer journalist would do: I adjusted my reading glasses and furiously defiled the virgin pages of my notebook while listening to the speakers.

An hour or so went by. I glimpsed at the woman when she shifted in her seat. (Those hard plastic auditorium chairs at Johnson County Community College rate slightly above cinder blocks when it comes to sitting comfortably for long periods of time.) After a break in the proceedings, I returned and found she was still sitting next to me. It was time to talk.

Jo Bourjaily handed me a card announcing she was vice president of new business development for Visual Services Inc., the marketing subsidiary of VSI Holding based in Bloomfield Hills, Michigan, a suburb of Detroit. Together with a limited partnership called CLT, VSI has invested about $5 million in the Oz Entertainment Company (OEC), primarily for the start-up Oz Digital Media, one of six operating units of OEC. Later, I found out Bourjaily also is listed as an OEC director.

Disentangling the jumble of companies, subsidiaries, people, and supposed investment interests associated with OEC’s desire to assume control of the 9,065-acre Sunflower Army Ammunition Plant site is like calculating the wobble of a distant star to determine if a planet is orbiting nearby.

After introductions, Bourjaily and I didn’t talk much. She did say that some of the people who spoke against Oz appeared to be angry.

“There’s a lot of anger out there,” I said in agreement.

When I asked her if she thought the Johnson County Board of Commissioners would approve the Oz development, she said she didn’t know. Bourjaily seemed sincere. I then offered an opinion that went beyond my reporting obligations. “Barring them discovering a mass grave out there, the board will approve it,” I said.

Here are the reasons why:

The Any Growth Is Good dogma: Robert Kory, CEO of OEC, couldn’t have found a more pro-development mindset outside of Orange County, California, if he’d appointed the Johnson County Board of Commissioners himself. Historically, the county’s philosophy has been “development is good, consumption means happiness, and there’s always money to be made.”

The county has a shortage of green space for its population size. Leapfrog development continues unabated — accelerated, even — through tax increment financing and property-tax exemptions. County leaders push more for road building than for public transit, and political candidates avoid discussion of land-use policies, growth boundaries, or increased excise taxes on bare-ground developers. It’s a perfect place for someone from the overpriced California real estate market to make a lot of money using other people’s money.

One of the more eloquent comments made on August 15 came from Janis McMillen, co-president of the League of Women Voters of Johnson County. While pointing out that her organization neither supports nor opposes Oz, McMillen asked the board to consider “management of land as a finite resource, not as a commodity, since land ownership, whether public or private, carries responsibility for stewardship.”

In Johnson County, any effort to translate such a concept into public policy would be deemed socialistic.

The Keep It Familiar approach: Kory makes sure his rationale for acquiring the Sunflower property dovetails with the pro-development mentality. OEC keeps emphasizing something new but recognizable (a theme park based on the Wizard of Oz), repeating the traditional development maxim about providing jobs, and stressing a public/private partnership where investors take the financial risk.

But as opponents have pointed out, the main partnership is the one between the General Service Administration (GSA) and Oz. Both entities are eager to get the federal government out from under the responsibility of cleaning up the contaminated land. As Bill Sheldon of Taxpayers Opposed To Oz (TOTO) says, “The system was rigged with one bidder getting in bed with the GSA to replicate a system (for disposal of contaminated federal property) to take around the country.”

In March, TOTO filed a lawsuit charging that the GSA was not complying with laws governing federal land transfers. OEC carefully avoided that subject in its four-hour presentation to the board on August 9. And in preparing its response to the lawsuit, the GSA has requested four extensions. “They move like lightning when it comes to completing agreements with OEC, but they move at a snail’s pace when addressing their own legal issues,” says Katie Hopkins, a member of the Sunflower Neighbor Group and TOTO.

Also, a developer can offset citizen opposition by increasing the size of his project. Kory takes such big leaps. He keeps inflating the cost of Oz, which has the weird effect of enhancing his credibility. Call it the “think big and get big bucks from the government” strategy. The Wonderful World of Oz started in the $300 million range in the early 1990s when Kory wanted to put it in Kansas City, Kansas; it ballooned to $585 million in 1998 when Sunflower entered the picture, hit $770 million the next year, and just a few weeks ago, OEC announced a figure of $861 million. Correspondingly, the public-investment load has gone up.

The big numbers bolster the idea that Oz is a great “public/private partnership” while obscuring the contradiction that its success depends on taxpayers’ financial help, but it’s only the private investor who will be hurt if the development goes belly up.

The Make It Green argument: No one has pushed the benefit of giving the Sunflower property to OEC in exchange for cleaning up the contamination more than GSA project manager Blaine Hastings. In meeting after meeting, Hastings, a government employee, has portrayed himself as the taxpayer’s buddy and OEC as the ultimate cleanmeister. “It would take 30 years for the Army to do it,” Hastings would moan. “Remediation wouldn’t be to residential standards,” he would lament. “And who knows if funding would always be there for the cleanup,” he would warn.

Yet why is it that Robert Lingo, legal counsel to the U.S. Army, said at the August 9 meeting, “The Army will always be there to guarantee the remediation (if OEC fails). The Army will be responsible for the ultimate cleanup”?

Even though the extent of the contamination has yet to be determined, the Army apparently has the funding for remediation if OEC takes the property — but not if the responsibility remains primarily in its own lap.

The Everybody Makes Money plan: OEC has lined up a slew of local firms and individuals who could benefit financially in the cleanup and the planning, design, and construction of Oz. Many have been listed as investors, engaging in what Jeffrey Carey, attorney for the Oz Watchdog Group, calls a “quid pro quo investment” instead of the more standard institutional commitments that would lend the project financial credibility. Oz has yet to release a complete disclosure of investors or amounts invested in the project.

Oz opponents point to outgoing state Senator Dick Bond as the political miracle maker for Kory and company. Bond saved Oz from irate members of the Kansas Legislature last year after Kory attempted to bypass the Kansas Development Finance Authority’s regulatory oversight by convincing tiny DeSoto it could take the lead in helping to develop the property.

Sheldon categorizes Bond, with his connections in the banking community, as possibly one of “50 people” in the county who stand to make “quick, easy, short-term money” if the board of commissioners approves the Oz deal and the land transfer goes through.

The payoff doesn’t hinge on Oz’s actually opening. Likewise, the commissioners don’t worry too much about whether Oz ever gets built. That makes it easier to ignore the long, detailed, and factual list of reasons the Wonderful World of Oz is a bad idea. In Johnson County, the issue isn’t so much what is built, but where it’s built and whether there’s room to build it. As anti-Oz activist Phil Klein puts it, the commissioners “don’t care if Oz goes down, because they think they’ll get all that clean land.”

Keeping up with Johnson County’s “growth is good” addiction requires developable land. The civic establishment can’t kick the habit, and alternatives are unacceptable. Though Kory perverts the term “sustainable development” (what the League of Women Voters’ McMillen was alluding to) when he describes Oz, he gets away with it in Johnson County because few people in power there know what the term means. Ignorance, political pressure, and narrowmindedness will push the Johnson County Board of Commissioners to approve the Oz plan.

I wanted to tell Bourjaily that when I saw her strolling across the parking lot after the meeting. As I caught up with her, thinking I could shed my reporter’s cloak and do a little socializing, Kory pulled up in a car and motioned Bourjaily over. “Nice meeting you,” she said to me while getting into his car.

I nodded, thinking that maybe I had another reason to oppose Kory’s looking-backward dream of Oz.