As one of the city’s oldest settled areas, the West Bottoms has lived many different lives. In our city’s early years it was home to legions of legendary bars and businesses, as well as the city’s first train station and its notorious stockyards. Two massively destructive floods in 1903 and 1951, alongside a changing economy, left the area fallow and largely industrial – perhaps ironically, preserving much of its architecture. Yet in the past 20 years a slow re-emergence of retail, including dozens of antique malls housed in the area’s enormous 19th-century brick warehouses, has opened eyes to how glorious and historic the area really is. While largely vacant in recent memory, the area now features nearly a dozen super approachable, high-value dining and drink options. Most of which are clustered on a heavenly little stretch of Genessee. This current incarnation of the West Bottoms seems poised to keep scaling up, and we’re fans. 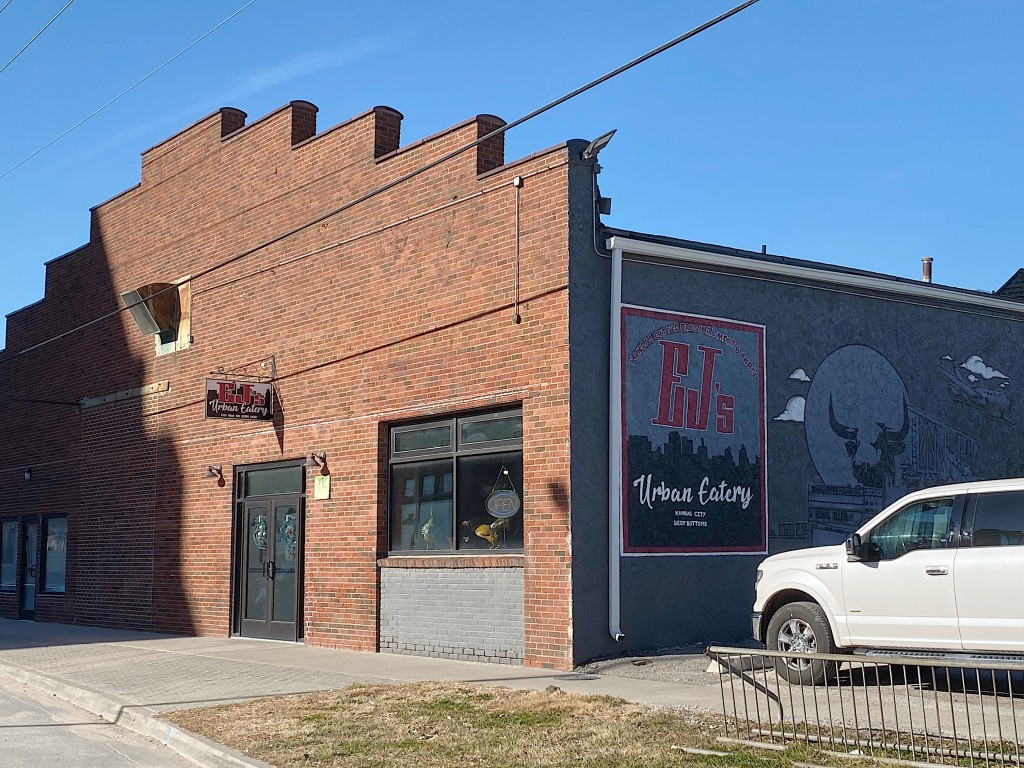 Kansas City’s only Meat-&-Three restaurant, EJ’s Urban Eatery offers the comfortiest-of-comforts. We’re partial to the “breakfast” ribs with Béarnaise that is offered on the weekend brunch menu, but you also can’t go wrong with a short rib grilled cheese or shrimp and grits. And being that this is a Meat & Three, you can’t sleep on the sides: spicy creamed corn, macaroni and cheese, and that squash casserole that made Queer Eye’s Jonathan Van Ness’ eyes roll back into his head are all favorites. A meal here is likely the only one you’ll need all day. (Be sure to check out our Pitch’n Kitch’n episode too.) 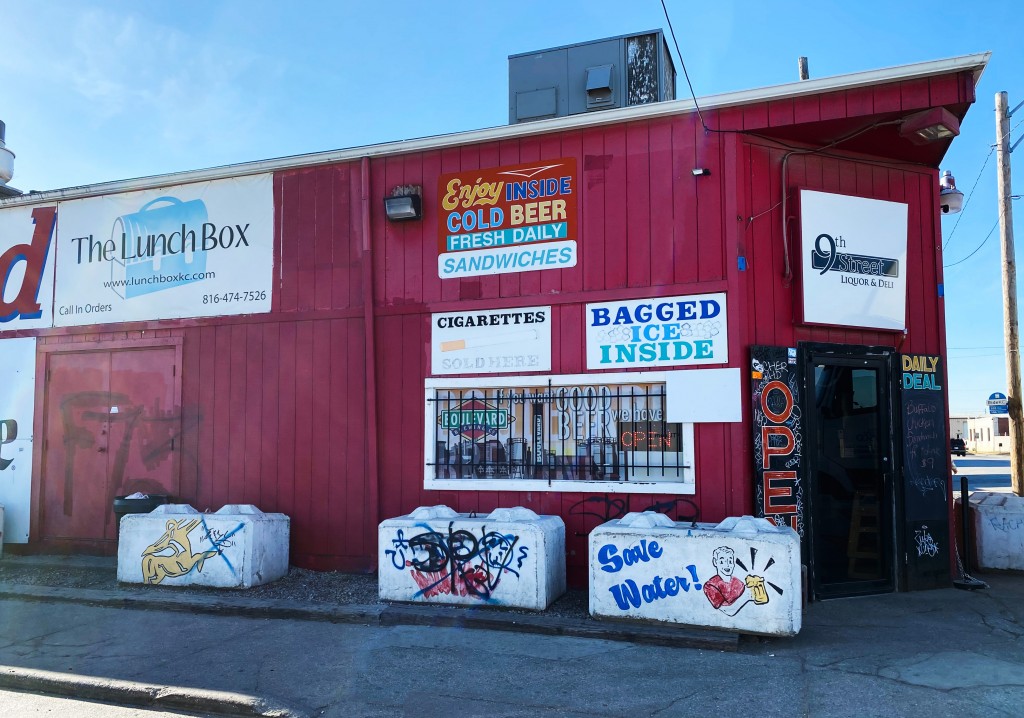 This no-frills dive/liquor store has long catered to construction workers and suits alike, and its humongous portions ensure you don’t leave hungry (after all, no KC diner is worth its salt without a pork tenderloin that positively dwarfs the bun it is served on). Regulars swear by the breakfast burrito (available all day), but the surprisingly expansive menu includes burgers (a triple cheeseburger is only $8!), a fried bologna sandwich that might change your mind about bologna, and even salads. But honestly, who likes salads? Monsters. That’s who. 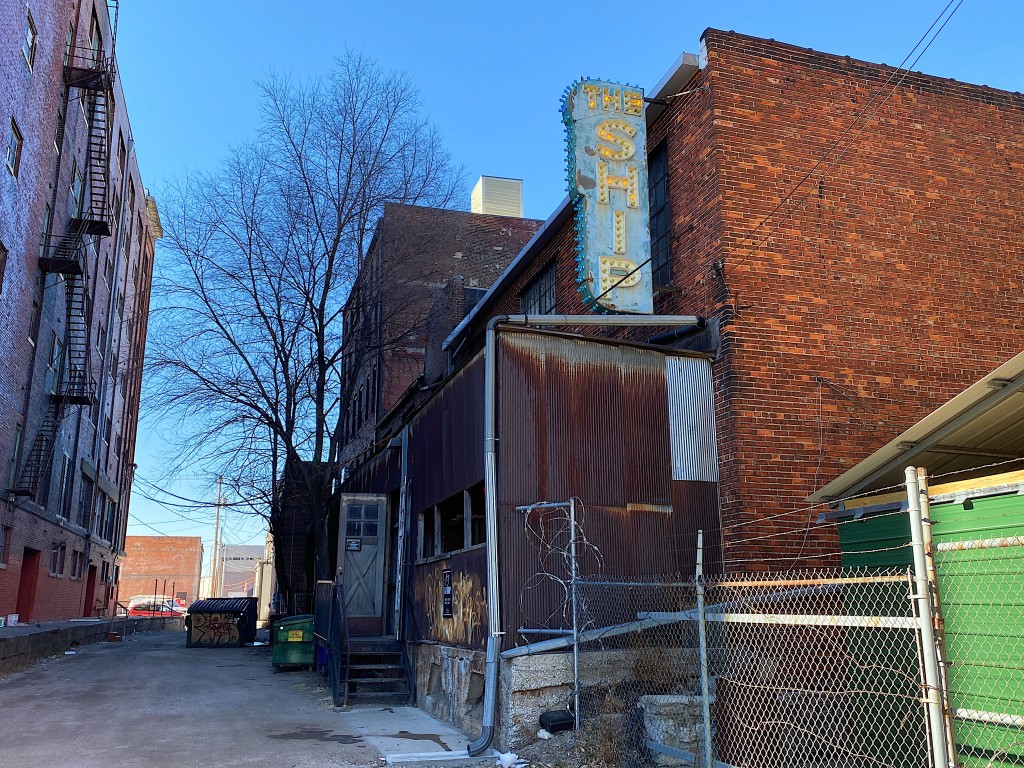 We don’t deserve The Ship. It’s a comfy dive with an exceptionally odd and well-blended collection of nautical items and Royals and Chiefs gear. It’s the perfect place to catch live music and drink yard beers, as well as one of the most underrated spots in the area to grab a bite to eat. Seasonal vegetables are at home alongside steak tacos with house-made chimichurri, creamy shrimp po’boys, burgers, and excellent seasoned fries. For under $10 per plate, it’s a steal. 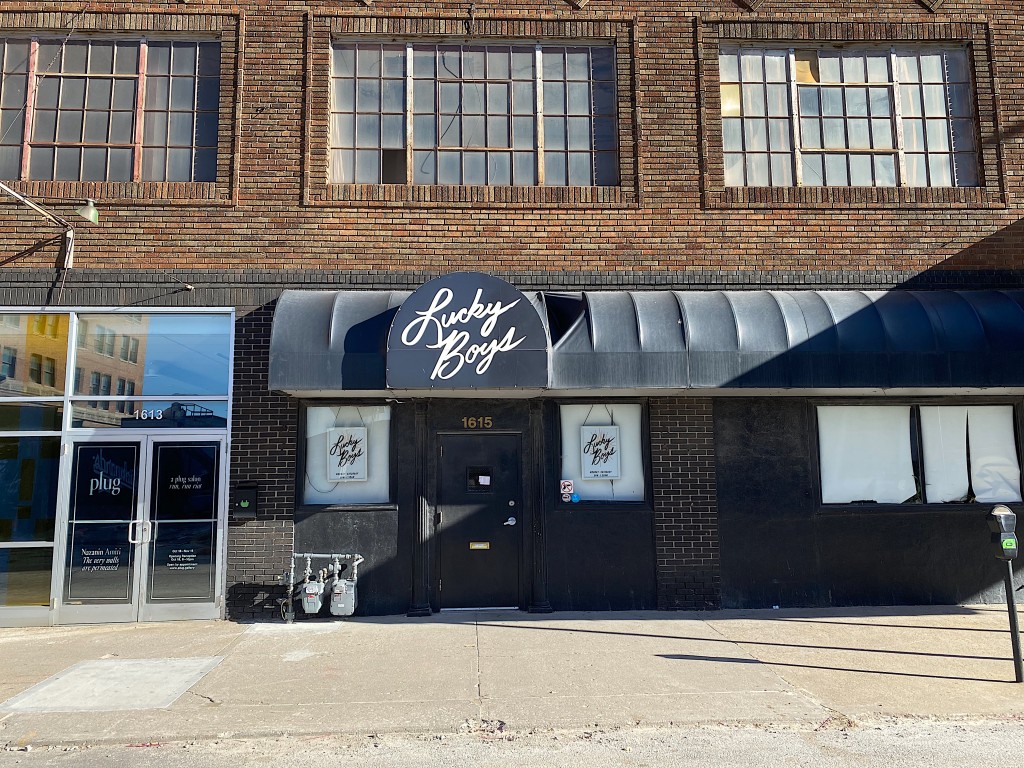 With new chef Derek Solsberg (the former sous chef of Novel), Lucky Boys promises to only get better and better. The wood-paneled dive with retro flavor could get by on its looks and yard beers alone (as well as its super-dedicated clientele), but… the food. The Nashville Hot Chicken sandwich is perfection: it’s tangy, crunchy, and perfectly spicy, and you can just toss all your cares about your waistline away if you order it with a side of poutine. If that doesn’t fit your bill, Solsberg soon plans to add a bánh mì, fish sandwich, and a chili-stuffed hand pie to the menu. 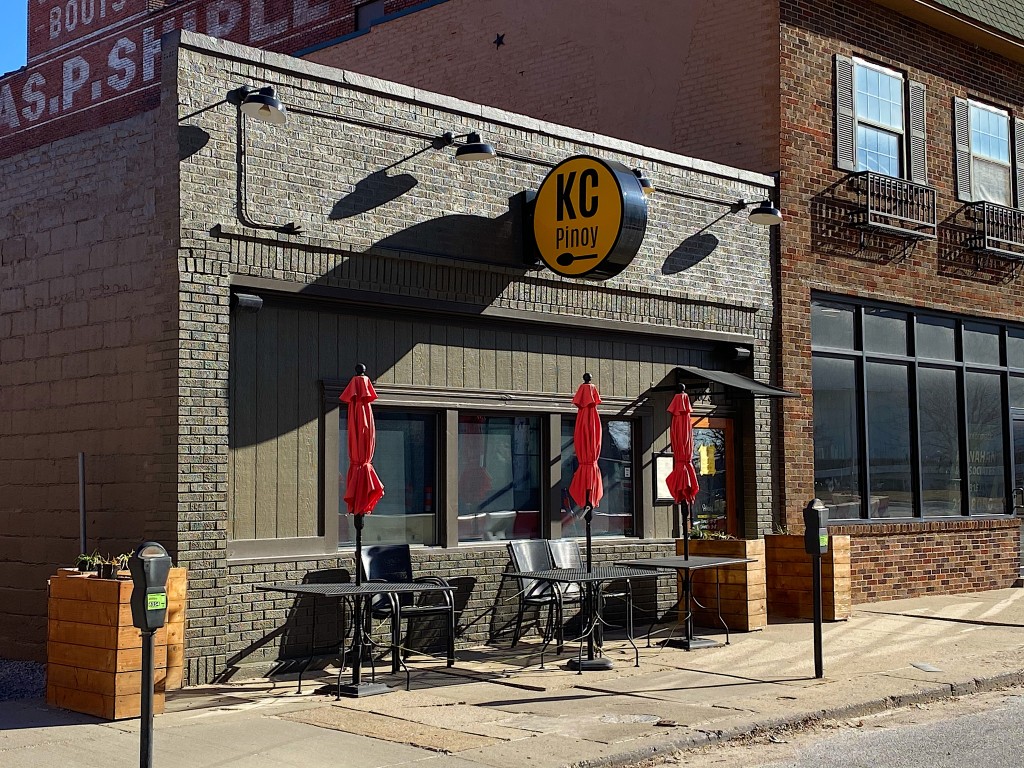 Chef Chrissy Nucum’s bright, welcoming restaurant beckons repeat visits—there are too many hearty, comfort-based options on her menu for anything less than a dozen visits. Stop in for some cured pork shoulder (tocino) or of course, chicken thighs adobo. Thoughtful cocktails, vegan dishes, and an excellent selection of desserts from pastries to halo-halo are also available—and eating with your hands is never frowned upon. 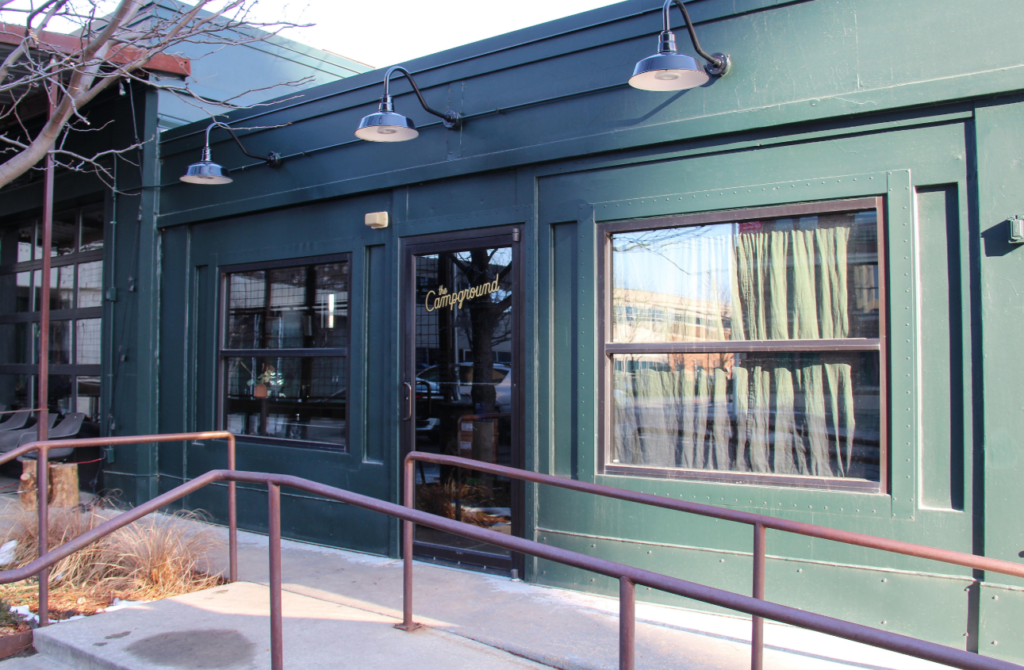 Chris Ciesel quietly runs one of the most proficient, impressive cocktail programs in town. It is based on crafting exceptional versions of classic drinks—like the Ramos Gin Fizz, which practically leaps out of the glass, or the Desert Paloma, which features sage-infused tequila, fresh-squeezed grapefruit juice, Rainwater Madeira, and a hint of wormwood. Yet for as good as the cocktails are, the menus also continually impress. Pick up a seasonal game pot pie with roasted root veggies and a cream game demi-glace, or maybe some carrot juice cavatelli off of the “garden” side of the menu. 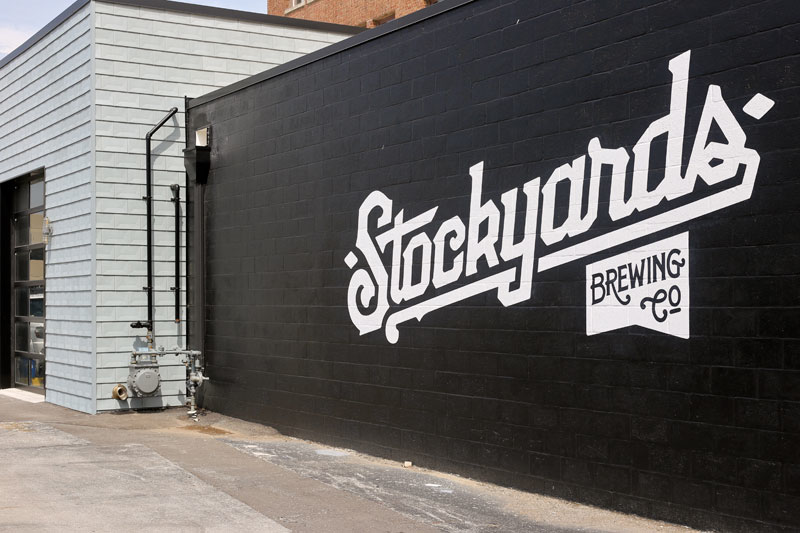 Stockyards Brewing Company leans in hard to the aesthetic of the old Golden Ox (formerly located here and now split between Stockyards and the resurrected Golden Ox), with its antique Western mural, wood-paneled walls, and gorgeous curved bar. This spot has most assuredly transitioned into a high-quality beer spot, which specializes in IPAs, ales, and pilsners—though they brew a little bit of everything, and have plenty of other types of beverages available, as well as bar snacks. You can also fill up on live bluegrass, which is regularly featured. 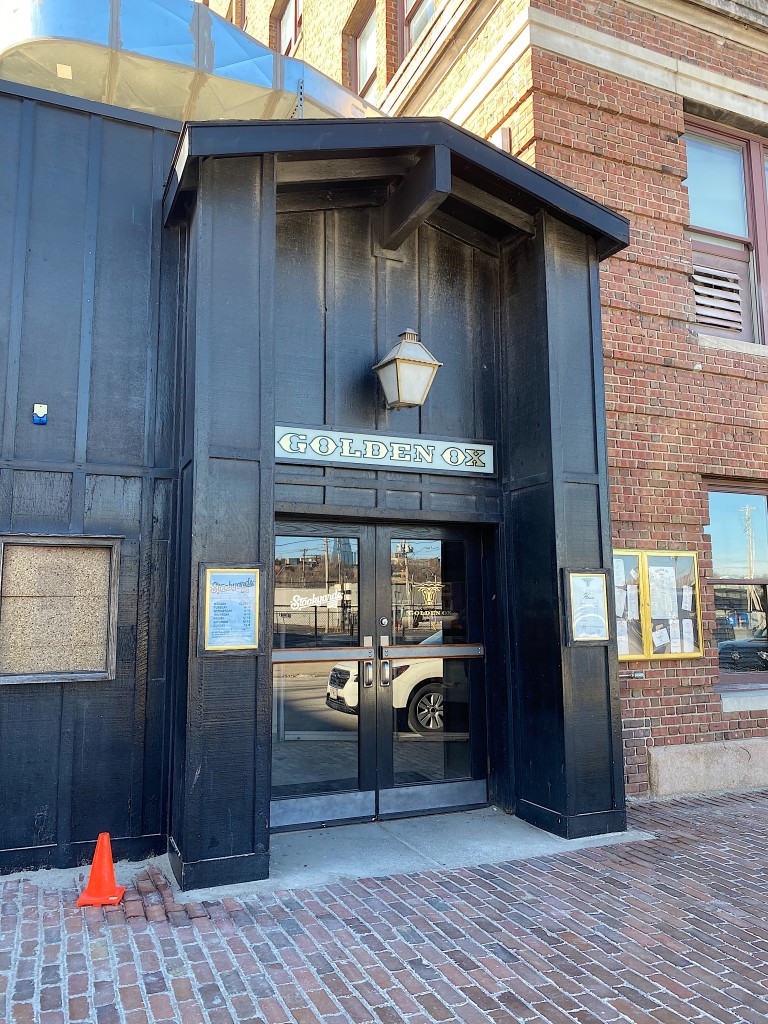 Wes Gartner and Jill Myers’ lovingly restored Golden Ox saved the historic brand from its long decline and seeming demise. Nearly two years after its reopening, they are still serving up beautiful cuts of steak alongside classic mid-century dishes like Oysters Rockefeller and bacon and chicken liver rumaki, as well as contemporary vegetable-forward dishes (no 1950s boiled stuff here). During morning and lunch hours, the Ox Cafe (accessible from the lobby of the Livestock Exchange) also serves a solid menu of fresh salads, sandwiches, and baked goods to get you through the day. 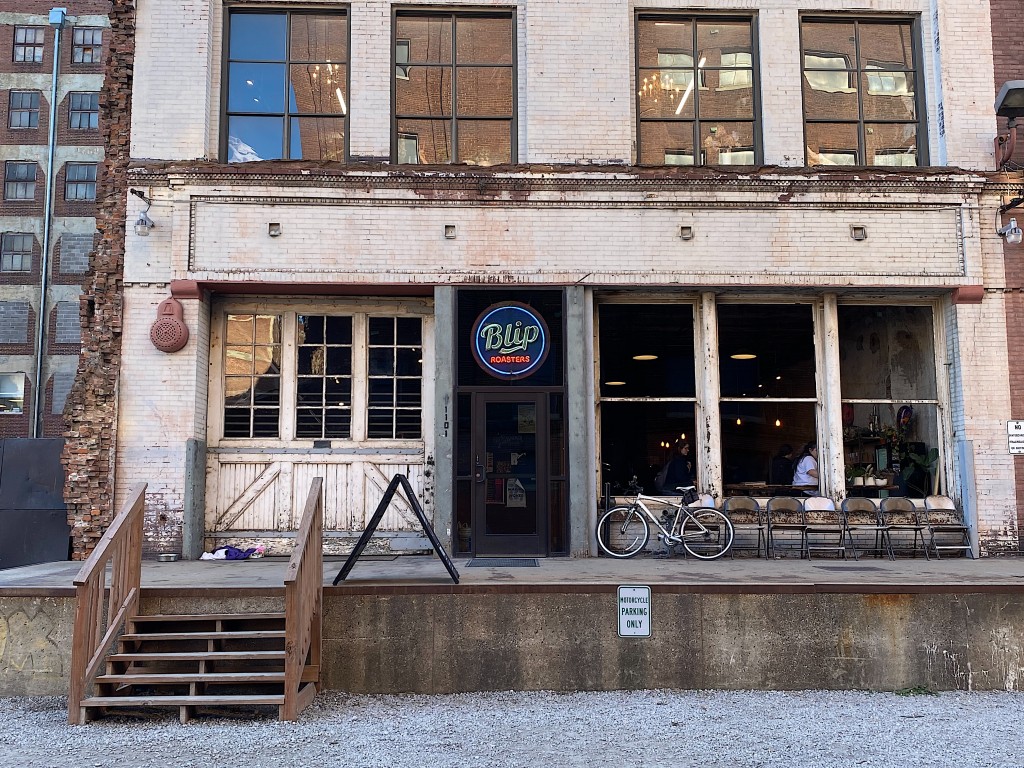 Blip has become a haven for KC’s motorbike and motorcycle culture, but it’s also a pretty perfect spot for anyone who likes fair-trade, house-roasted coffee. Blip sources its beans from Central America and Africa, and roasted whole bean coffee is available in the shop, as well as hand-crafted coffee drinks and locally-made doughnuts and pastries.