A chat with the author of the best-titled book of the year, Zoey Punches the Future in the Dick 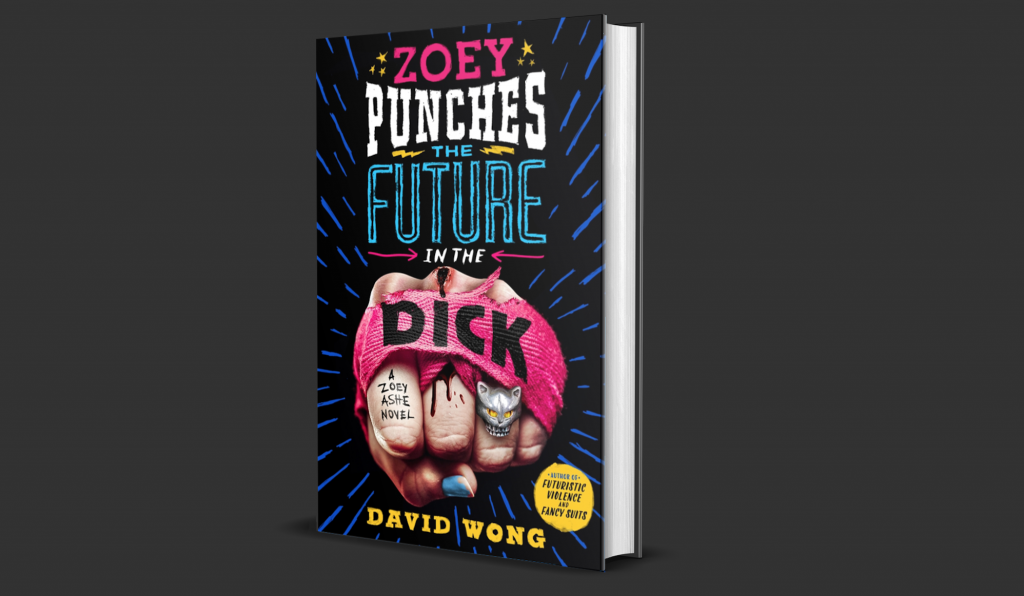 Under the name David Wong, writer Jason Pargin has managed to create not one, but now two successful series. The John Dies at the End books–which include the titular first novel, along with 2012’s This Book Is Full of Spiders: Seriously, Dude, Don’t Touch It and 2017’s What the Hell Did I Just Read: A Novel of Cosmic Horror–have seen the first book turned into a film by Phantasm director Don Coscarelli, and feature an undisclosed Midwestern town beset by strange, horrific entities. They are hilarious, to the point where I read the second book on a plane back from New York and laughed so hard, I scared the other two people in my row.

The second series, the Zoey Ashe novels, take place in a near-but-somehow-distant future and are to sci-fi as the JDatE books are to horror. That is to say, they take tropes of the genre, slather it with weird imagery, and stack the dick jokes ten feet high by following the story of Zoey from trailer park poverty to a massive mansion set in the middle of a city which makes Las Vegas and Dubai look low-rent and unimaginative. The first, Futuristic Violence and Fancy Suits, came out in 2015, and the next, Zoey Punches the Future in the Dick, is out from St. Martin’s Press on October 13.

I spoke with Pargin via email about the upcoming book, the differences between the two series, and his future plans.

The Pitch: Title aside, Zoey Punches the Future in the Dick seems to be a little more straightforward than your past books. Is that happenstance, or were you aiming to tone down the wackiness to counterbalance the JDatE series?

Jason Pargin: I feel like the best amusement park rides are the ones that are so janky that you legitimately think you might die (“Wait, isn’t this seat belt supposed to be attached to something?”). That’s what the JDatE series is supposed to be like, the kind of story where, partway through, you think maybe the author had a stroke. The Zoey books, on the other hand, are supposed to be more like a well-maintained roller coaster where it’s exciting but in a different way, like you’re more confident a professional is in charge of the ride. But you still kind of think you might die.

Though both series are written in first-person, both work because the protagonists have their crews. What’s the process of putting together your supporting characters?

For this, I would refer to the example of the Fast and Furious spinoff, Hobbs & Shaw. The premise is supposed to be that The Rock and Jason Statham (I don’t remember the characters’ names) are polar opposites, but I would argue that ultimately they have the exact same approach to solving problems, which really limits what the story can do (spoiler: They defeat the villain by both punching him simultaneously). So when creating a team of characters, I start with trying to avoid that problem, by making sure that above all else, there are fundamental differences in how each character approaches obstacles.

Then the other key is making it so that no character’s approach is necessarily wrong, there’s no token dumb guy in the group or somebody who’s just there to be a jerk and stand in the way. When there’s conflict among the protagonists, ideally it’s because everyone has good reason to think they’re right. Where in Hobbs & Shaw I feel like the tension was somewhat manufactured (if any of the cast/crew of Hobbs & Shaw are reading this, please don’t be offended, I know you worked really hard on it). 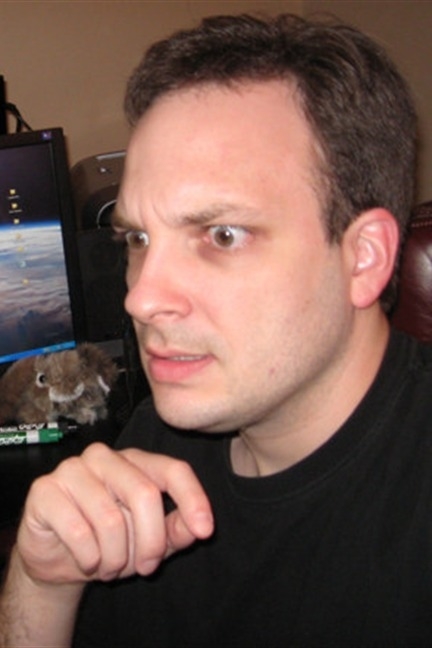 Is it a little more fun to have people who you can just give a crazypants side quest?

Sure, but I think the fun of the side missions Zoey’s crew go on is that we don’t see them; she always has to hear about them second-hand or we just get little glimpses of what went down and what caused it to go horribly off the rails. So the ultimate impression should be that Zoey is barely in control of her chaotic operation.

There’s a lot of really timely elements to the plot of the book: incels, trolls, stalkers, et al. Given that you’ve spent a lot of your writing career online, were the cyber pile-on pieces drawn from things you’ve experienced or observed?

I actually don’t like when books or movies include some specific, thinly-veiled real-life news event in the plot (“We have to impeach President Douglas Tromp!”) so no one should take this as an allegory for a specific event, but rather just A Thing That Happens Now. This is a permanent part of society, not just online rage mobs but the way misinformation spreads and mutates at light speed in order to manipulate people.

The idea that people don’t seem to understand just how others really perceive them is strong in Zoey Punches the Future in the Dick. Have you had to deal with self-image issues in your life?

Well, for the first twenty or so years of my life, I thought it was weird that everyone I met was a jerk, then I finally figured out that I was probably the problem all along. So I think self-perception is the hardest thing for the human brain to do–everyone reading this has quirks they’re totally unaware of that are immediately apparent to any stranger within five minutes of meeting them. Zoey’s situation is amplified because she lives in a world where everyone she meets has a live camera pinned to their body and she’s an infamous public figure. So knowing how she’s coming across can be literal life or death.

The absolutely crazy food creations which pop up throughout both of the Zoey books leave me drooling–EVERY. SINGLE. TIME. Have you tried to recreate any of these, and what were the results, if so?

The fact that I’m still alive is proof I’ve never tried to cook any of the exotic junk food in these books (either from having burned down my kitchen or having given myself several heart attacks). The initial way Zoey gets seduced by this world is via its food, so part of the research was collecting photos of the craziest street food served around the world. Anyone seeing my search history would think I have a fetish.

JDatE was made into a film by Don Coscarelli, and it managed to take a pretty sprawling–yet hilariously bizarre and fun–novel and turn it into a tight, entertaining movie. Do you have any hopes for Futuristic Violence and Fancy Suits to go cinematic or dream people whom you’d like to see tackle it?

It’s actually in development as a TV series! Though I don’t think I’m free to give out details or say which platform it’s for. So that makes it dangerous for me to put out a wish list of stars or what I’d want to see from it, in case it gets greenlit and then turns out totally different. That would be fine, by the way–it’s much harder to make a TV show than to write a book so any disappointment I’d feel would immediately be tempered by, “Still, way better than any TV show I’d have made.”

Zoey Punches the Future in the Dick is out Tuesday, October 13, from St. Martin’s Press. You can find more information (including an excerpt of the first chapter) here.