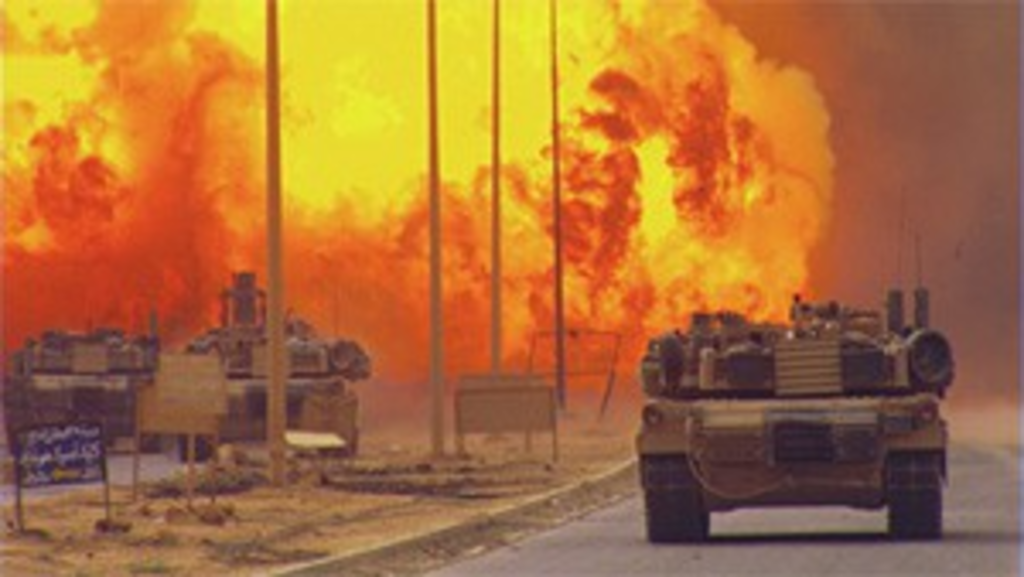 No End in Sight

Charles Ferguson’s debut doc, easily the most important in a year full of notable fact-gathering films, assembles some of the key players behind the invasion and occupation of Iraq and seems to ask them but one question: “What went wrong?” In short: everything. But Ferguson’s doc is no fist-shaking stab at agitprop pop filmmaking; it’s the most thoughtful, in-depth, even-handed glimpse behind the scenes yet, told by those for whom failure was bound to be an inevitable byproduct of poor planning and even worse execution. The filmmaker, a think-tank guy destined for bigger things, even pinpoints the beginning of the end: the looting of the museums, libraries, and archives following the liberation of Baghdad. And the questions keep on coming in the torrent of extras, which include videos of a reduced-to-rubble Iraq and investigations into everything from the military’s behavior to the biggie . . . Was it worth it?

The DVD life of Twin Peaks has been as drawn-out as America’s mania for the show was short-lived, but at least this set concludes the saga more neatly than the series itself did. The feature-length pilot episode, available here for the first time, is the gem of the set, just about as creepy and funny a movie as David Lynch has ever made — and you can watch it as part of the series or with the false ending tacked on. A mammoth documentary charts the rise and fall of the show, including some brutal honesty about the season-two train wreck. Best of all, oddly, is composer Angelo Badalamenti’s narration of how the score was created.

The Other Side of the Mirror

It’s subtitled “Bob Dylan Live at the Newport Folk Festival 1963-1965,” which, yeah, pretty much sums it up: Dylan performing some 17 songs as he slowly morphs from a sincere young comer dressed in field-hand rags to an electrified rocker swaddled in leather and irony. Some of this footage has surfaced elsewhere: in Martin Scorsese’s hypnotic made-for-PBS doc and Murray Lerner’s Festival. But bereft of commentary and color, this is raw Bob at the beginning and the beginning of the end, at least for those who booed his “Maggie’s Farm” on July 25, 1965, as he plugged in and tuned out the naysayers who wanted more of them pissed-off protest anthems. As testament to the brilliance of the packaging — and performer — this essential Dylan disc ends with “It’s All Over Now, Baby Blue.”

Talk to Me barely registered at the box office this summer, which was a damned shame; director Kasi Lemmons’ limber retelling of Ralph Waldo “Petey” Greene Jr.’s tale ranks among the year’s finest and funniest, at least till it sinks toward inevitable tragedy by movie’s end. Don Cheadle, usually cut loose only in the margins, is allowed free rein to rant and rave as the real-life Washington, D.C. ex-con radio host who cajoled and calmed “Chocolate City” in the 1960s and ’70s. It’s among his finest performances — definitely his funkiest, as he glides through the DJ booth beneath a skyscraper ‘fro and caterpillar ‘stache. Sadly, the extras promise history lessons they don’t deliver: The “Who Is Petey Greene?” doc’s nothing more than a flashy making-of, sans a single pic of the real Greene.