General manager Eric Flanagan, a certified cicerone, has been training his wait staff on beer pairings as well as styles. When we sit down, he’s just come from teaching a class  on the history of beer.

“I’m not joking around with the education,” he says. “Unfortunately, three great guys didn’t pass the test, and we found other jobs for them within the casino. We’re setting a precedent. You have to pass this test. I give them ample enough time to study. I tell them to buy Tasting Beer [by Randy Mosher], which is a great book. Just read this one book and you should be pretty good. You can tell the people who are really interested and the ones who it’s just a job. We want the people who really love beer. I’d love to get it to the point where it’s like Flying Saucer, where we have bartenders who are as knowledgeable as they are. It’s going to take a little bit, but we’ll get there.” 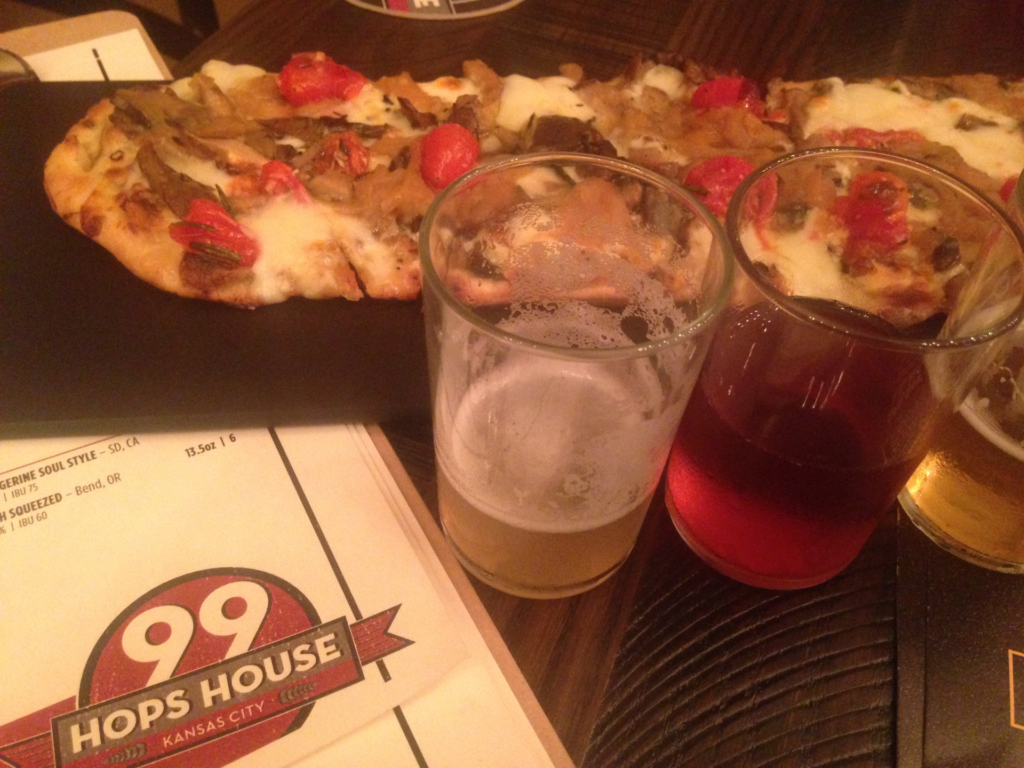 The idea behind 99 Hops, which had a soft opening last week, is to reach younger craft-beer lovers and bring them to the casino.  Flanagan says his bosses have given him the freedom to order the beers he wants. Management is also behind adding the digital-pour system (similar to the one at Ruins Pub), which allows drinkers to  fill up their own snifters and tulip glasses. There also are plans to add Crowlers: 32-ounce can growlers for to-go beers. The digital-pour system isn’t operational yet — the hope is that the restaurant will receive approval in October from the Missouri Gaming Commission to begin using it. 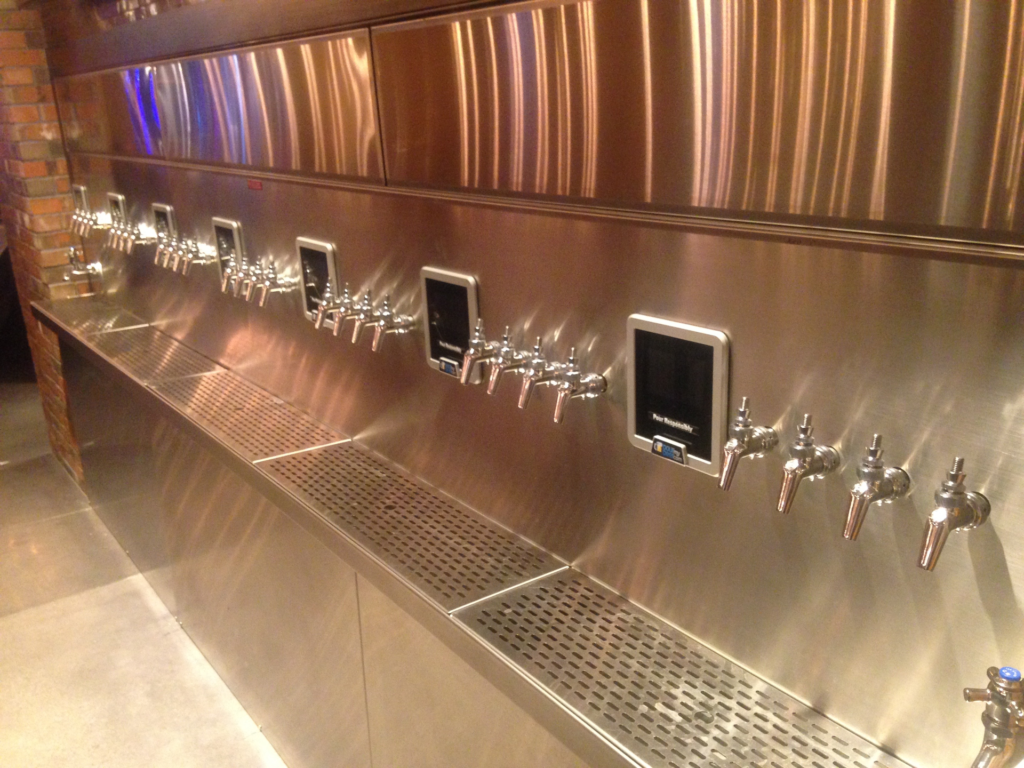 “We’re thinking about putting the more rare stuff back there, where you might want to buy 2 ounces of at a time and go through and try everything,” Cizek says of the system.

“I think we’ve got a good selection of local guys, big guys, imports,” Cizek says. “We have Mikkeller. We even have some Struise on there. So we have some fun stuff on there. We’re still new, so we’re not going to pull all of the rare barrels and everything else, but I think we did a good job of finding stuff that anybody who was outside of our general population who walks in here could find something new or someone like myself find something exciting.”

The Pitch’s Steer & Beer is filling out its roster of beers. The beer-and-burger festival — Saturday, August 6 — has added some summery beers to the lineup, including Uinta’s Hop Nosh Tangerine IPA, Ready Set Gose and Flamingose Pineapple Gose.

Labor Day weekend will be about homebrewing. Torn Label and Ruins Pub are throwing the KC Homebrew Festival and Competition on Saturday, September 3, in the bar’s beer garden (1715 Main). Homebrewers can compete in the keg-only people’s choice competition by entering at least five gallons of their beer. The winner gets it upscaled by Torn Label on the brewery’s pilot system, and Torn Label and Ruins will put it on tap.

Martin City Brewing Co.’s collaboration with Rye, Yard Bird imperial bitter, which was aged in a single-batch Jim Beam barrel, should be on tap in the brewery’s tasting room (500 East 135th Street) and at Rye (10551 Mission Road, Leawood) by the time you read this. Also on tap at MCBC: Purple Train 2.0, a Berliner Weisse with blood orange, cherry and plum. (The first version of Purple Train was with blueberry and lemon.) 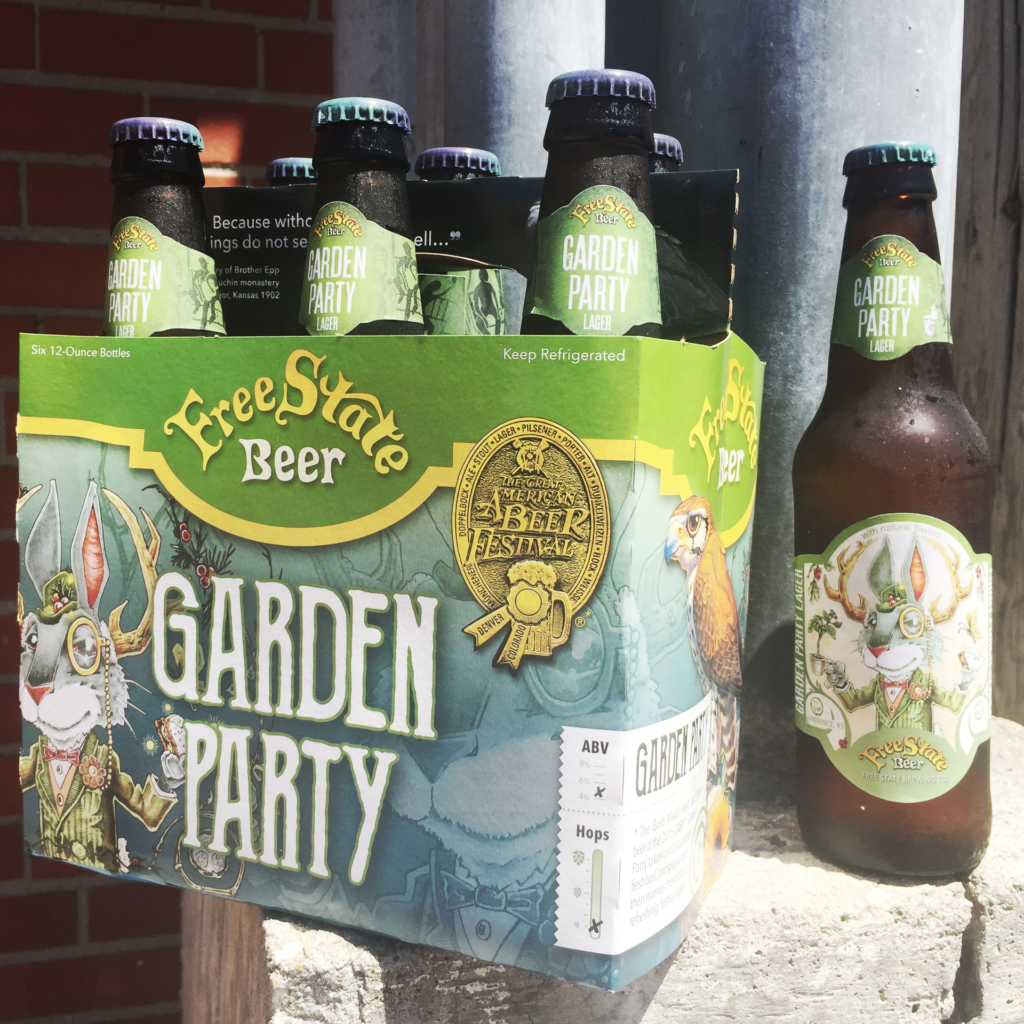 Free State Brewing Co.’s gold-medal winner (herb and spice) from last year’s Great American Beer Fest is back. Garden Party, a lager with cucumber, basil and juniper berry, is on draft and in six-packs now. Also out now: Yakimaniac IPA. And there’s a big change as Yakimaniac is now Kansas’ oldest brewery’s year-round IPA. It’s out now in mixed packs, but it’ll hit in six-packs on August 1. 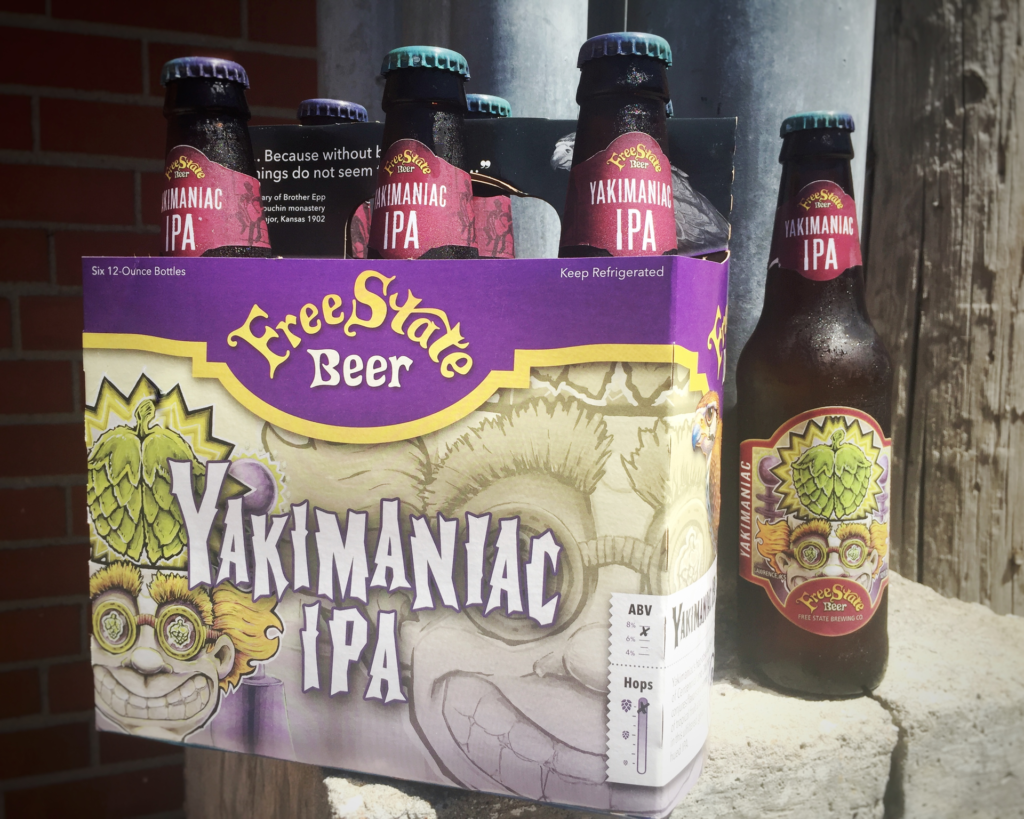 These are beers that head brewer Geoff Deman developed that started out as offerings at the Lawrence pub. They’ve both since graduated to the Front Porch series of releases and now have their own dedicated packaging, which Deman says is a preview of an upcoming refresh of the look of Free State’s core beers.

Also, on tap at the pub (636 Massachusetts, Lawrence): Blood Orange Radler, Populist Pils and Hibiscus Rose Berliner Weisse. Go get a pint while you can. Make sure they’re still on draft by clicking the “use app” button on Free State’s Facebook page.

Thursday 7.28
It’s a night of beer dinners. Boulevard Brewing Co. is pairing up with Pierpont’s at Union Station (30 West Pershing Road) from 6:30 to 9 p.m. Go hang out with rep David Colgan and ambassador brewer Jeremy Danner, who will guide you through these pairings: ancho chili popcorn and Saison-Brett; ahi tuna crudo and Long Strange Tripel; crispy sweetbreads and Tank 7; lamb roulade and Love Child No. 7; and smoked maple beignets and Rye-on-Rye X — Sazerac. Get a seat for $70 by RSVPing to 816-221-5111.

Meanwhile, Mother’s Brewing Co. teams up with Smokin’ Guns BBQ (1218 Swift, North Kansas City) at 6:30 p.m. for five courses of barbecue and brews. The menu hasn’t been released yet, but the beers include Blush Pomegranate Wit, Towhead Blonde, Doozy IPA, Lil Helper IPA and Rated R Imperial Stout. Grab a seat for $25 (or $40 a couple). Call 816-221-2535 to RSVP.

Or brave the heat and drink discounted cans of 4 Hands Passion Fruit Prussia and Dakine on the patio at Bier Station (120 East Gregory Boulevard) from 4 to 7 p.m.

Get specials on Martin City’s Hardway IPA and Abbey at the Blue Moose (10064 Woodland Road, Lenexa) from 4 to 6 p.m.

Friday 7.29
Happy hour is at Bier Station, and that means deals on Deschutes’ Fresh Squeezed, Pinedrops and Nitro Cream Ale from 4 to 7 p.m.

Martin City is co-sponsoring Phoenix Fest at the club (302 West Eighth Street) from 2 p.m. to 1:30 a.m. Sample cans and then buy some beer for the indoor-outdoor music festival. Or head over to Pig & Swig, the barbecue-bourbon-and-beer festival in the Power & Light District, from 3 to 6 p.m. MCBC will be pouring Highwayman and Shunned House Brett IPA.

Monday 8.1
Zombie Monkie, Tallgrass’ fall seasonal porter, is back in stores today. Also, Tallgrass variety assortments are going from eight-packs of 16-ounce cans to 12-packs of 12-ounce cans, with Zombie Monkie, 8-Bit Pale Ale, Top Rope IPA and a brewers’ choice filling them out. The brewery is further changing its Explorer Series packs in September, adding Flyin’ Hawaiian Double IPA with pineapple. That series is going to four-packs of 16-ounce cans, but the price is staying the same.

Wednesday 8.3
Want to learn how different hops create different flavors in beer? Sign up for Schlafly’s Hop Trial, from 4 to 7 p.m. today at Bier Station. You’ll try a bunch of IPAs — Hallertau Blanc (floral), Enigma (fruity), Eureka (piney) and Brambling Cross (spicy) — and the beer bar will knock $1.50 off each Schlafly pour. Also, a keg of Coconut Créme ale gets tapped.