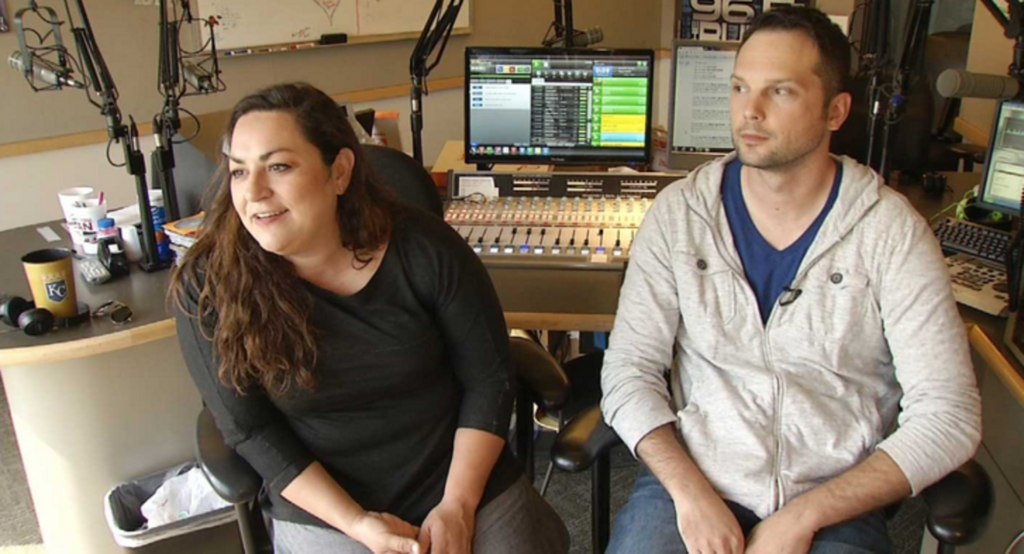 On Friday, a federal court jury gave a decision in favor of Patton, and awarded her $1 million ($250,000 in actual damages, $750,000 in punitive damages). Afentra and Danny Boi returned to their program this morning after being off the air for most of last week. Yes, they still have their jobs, in case anyone was worried. In fact, as supporters and fans of the hosts started offering to raise the $1 million – which the hosts couldn’t legally accept – the idea was hatched to raise that amount for a different cause: a donation to local domestic-abuse shelter Hope House.

“I screwed up, and I feel horrible about everything that happened after that,” Danny Boi told KCTV Channel 5 on Sunday. “At the end of the day, if we can do something good for all the negativity that’s surrounded this, then it’s a win.”

Five thousand dollars has been raised so far for Hope House, and the fund drive continues until March 2015. You can learn more about donating here.

To hear the interview from Channel 5, go here.