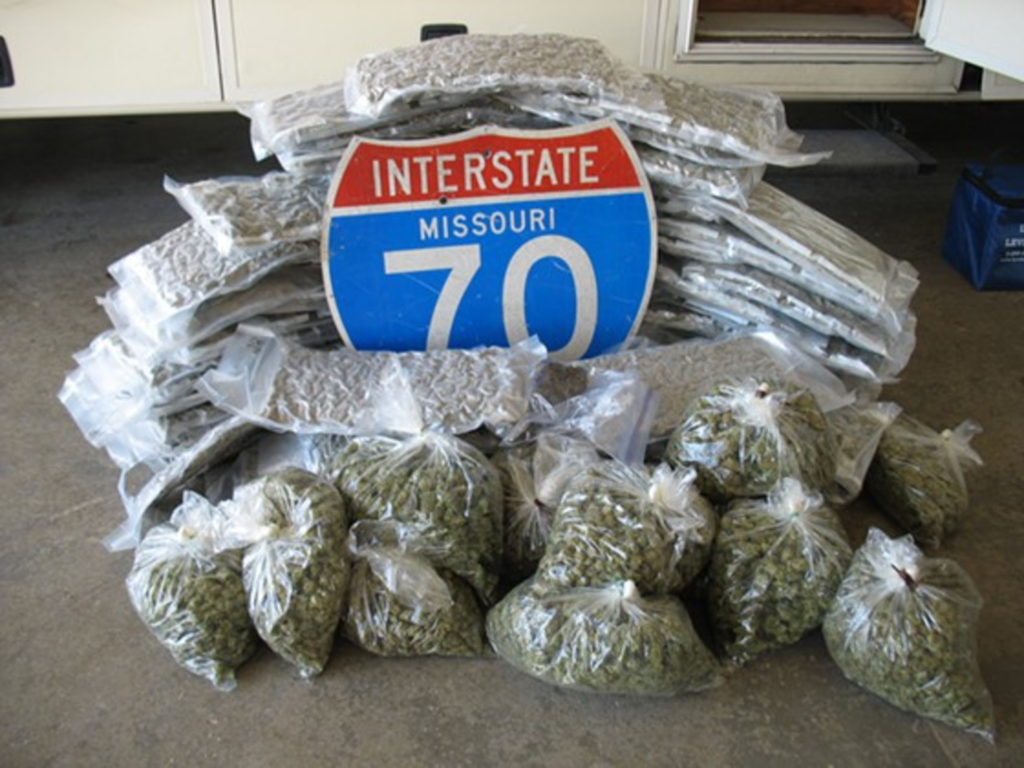 This is what 75 pounds of marijuana look like. The Missouri Highway Patrol seized it Thursday from a 1997 Fleetwood motorhome during a traffic stop on Interstate 70 in Montgomery County.

A K-9 cop named Puki sniffed out the pot. Troopers searched the vehicle. The pot was uncovered, and a couple of men in their 60s — Jeffrey Gilman and James Arrington of Virginia Beach, Virginia — were arrested. They’re facing second-degree drug-trafficking charges. Looks like, for once, the Spurbury Police Department couldn’t steal these super troopers’ thunder.