72 Musicians will not be showing at Kansas International Film Festival. 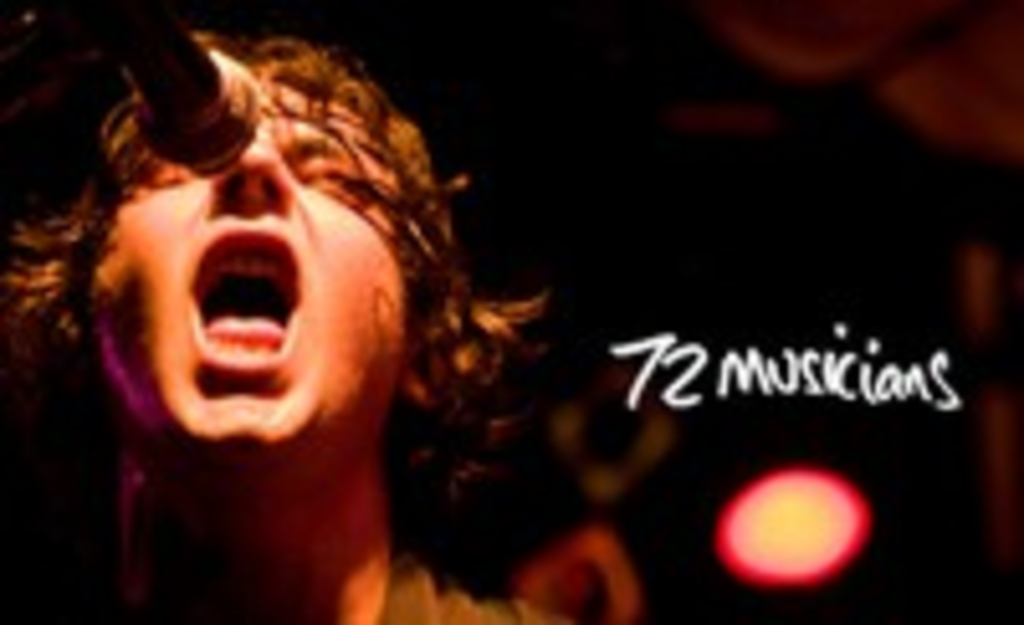 To anyone who was looking forward to seeing artful and rocking, local-but-not music documentary 72 Musicians at the Kansas International Film Festival next month: We have some bad news.

Yesterday, the film’s director, Bob Moczydlowsky, posted a blog entry to the film’s Web site explaining that the board of the KIFF had rejected his film, even after the festival’s president, Ben Meade, had given him a very strong impression that the film would be included in the festival.

“Here’s the short version: The film was never actually accepted. Turns out, it was rejected,” Moczydlowsky writes, in his somewhat circumspect, somewhat dejected post.

After Moczydlowsky received an enthusiastic voicemail from Meade this past May, he writes….

Needless to say, I was pretty stoked. We really wanted the film to play at KIFF, as it gave us the best chance to show the film to everyone in KC and Lawrence. Perfect. So I called Dr. Meade back, and we had a great conversation about where else I should submit the film, about KIFF, and about his own music doc called American Music: Off The Record. We also talked about my work at Topspin, building marketing and management software for artists. We left off that he’d contact me with more details closer to the festival.

I called Nick, the film’s editor, and we added the KIFF laurels to the film’s trailer. Sure, I probably should’ve waited for written confirmation of acceptance, but I *did* just hear directly from the president of the festival. And let’s be honest: KIFF isn’t a major festival. It’s a small festival that needs all the help it can get to put butts in seats. So knowing that I had powerful marketing tools and a pretty good size email list at my command, I set out to make sure I promoted KIFF whenever I talked about the film, and to make sure that we had a packed house come September. And it was working.

So fast forward to a week or so ago, when the emails from fans are rolling in and I’m getting ready to do some press but we still haven’t heard back from KIFF about screening dates, times, travel, etc… and then suddenly there was a list of films on the 2009 KIFF web site. And 72 musicians isn’t one of them. …

Finish the sad tale at the 72 blog. Summary: According to Moczydlowsky, Meade never got back with him. When Moczydlowsky called the festival’s vice-president, Brian Mossman of the Fine Arts Group, Mossman told him the film had been rejected. Now, Moczydlowsky’s looking for an alternate place to screen his film.

I think I know of a certain club in Westport that might open its doors to the movie.

(I’ve put in an e-mail to Meade and will report on his side of the story if and when I get it.)