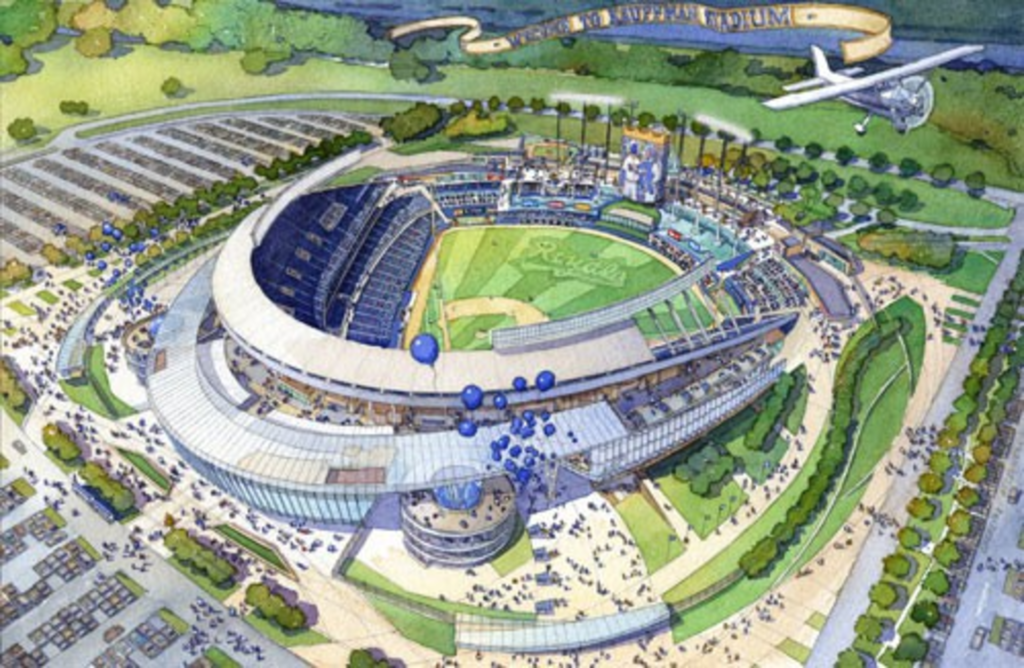 The expiration of union contracts on Tuesday, March 31, may stop construction at the Truman Sports Complex, 610 Sports and 980 KMBZ are reporting. 610 says the Chiefs and Royals organizations are on the outside looking in as the new contracts are being renegotiated. We received this statement from Calvin Williford, a spokesman for Jackson County.

Despite rumors to the contrary we are confident that the parties involved in these negotiations will reach a settlement that will allow work to continue at the Jackson County Sports Complex. When completed these renovation projects will give the fans and members of our community the great facilities they have been promised and maintain our place as a leader in sports venues in the United States.

I’m listening now, and 610’s Neal Jones seems to be saying that a work stoppage is unlikely to effect opening day at Kauffman Stadium. He’s also reporting that the Kansas City Chiefs have no looked into playing home games on the road this coming season.

“While we are not directly involved in the negotiations, we are definitely an interested party and are hopeful that the parties can reach a settlement before their deadline. Should that not occur, we are optimistic that we will be ready for the Open House on April 5 and obviously the home opener scheduled for April 10 against the New York Yankees.”