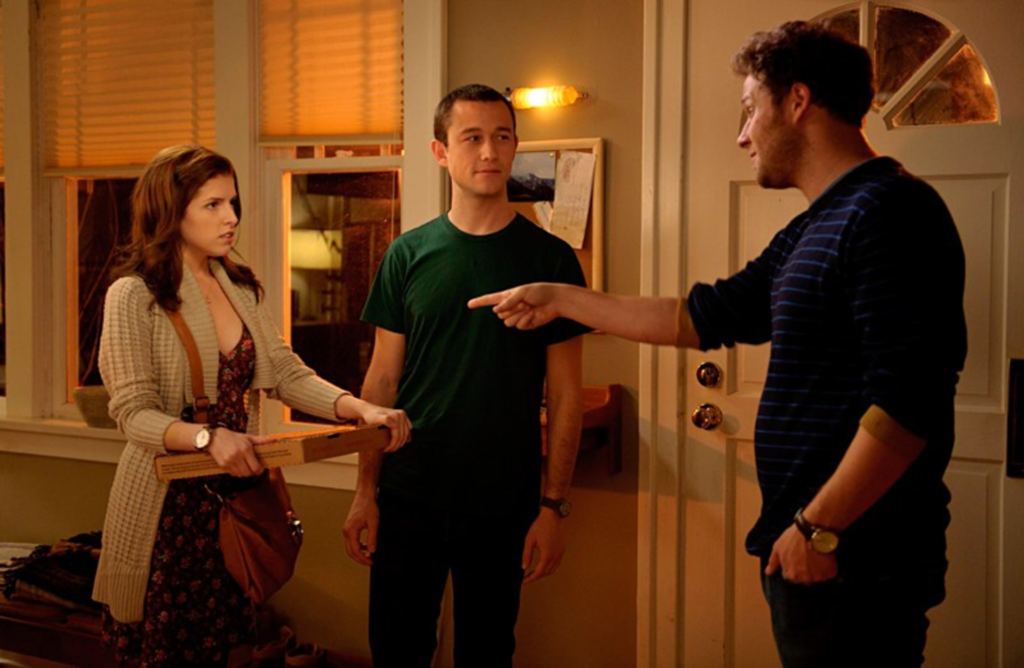 Breaking Bad is the most awesome show on television — we can all agree on this, right? What it does for one hour a week puts many big-budget movies to shame. But what makes the series great is that it spent its initial seasons laying out the financial crises that families face once cancer enters their lives. By the time viewers had seen Bryan Cranston’s Walter White endure treatment after treatment — generating bills that his already strapped middle-class family would have to pay — it didn’t seem that strange for White to start cooking meth to make ends meet.

For those of us following Bad, then, it has become difficult to watch anything whose protagonist undergoes chemo, surgery or other treatments without asking, “How the hell can they afford all that?”

You might wonder the same thing as you watch Joseph Gordon-Levitt play a cancer-stricken 27-year-old in 50/50. His Adam, a healthy, go-getting Seattleite who receives news that he has a rare form of cancer, appears much too young and much too broke to face something like this. He works in public radio, for chrissakes!

But 50/50 never talks money. It focuses instead on how Adam and his loved ones cope with the diagnosis. His obnoxious best friend, Kyle (Seth Rogen — a loud but loyal version of the wisecracking corduroy lump he always plays), keeps his spirits up by supplying him with medical marijuana and getting him to use his cancer to score with chicks. (The movie functions at times as a polite stoner comedy.) Adam’s mom (Anjelica Huston) nags more than usual, driving Adam to shut her out.

His artist girlfriend, Rachael (Bryce Dallas Howard), tries to be supportive but is set up from her first scene as the kind of boo-hiss hottie dated only by movie men of impeccable morality and deeply imprinted sensitivity. (Between this and her villainous turn in The Help, Howard has cornered this year’s selfish-bitch market.) Instead, whatever calm Adam can manage comes from his new chemo pals (Philip Baker Hall, dispensing pot cookies and profanity, and onetime Max Headroom Matt Frewer) and sessions with a therapist (Anna Kendrick).

Playing another young professional, Kendrick gives off the same energy-efficient glow that gave her the biggest laughs in Up in the Air two years ago. Her character is the screenplay’s least developed, a set of awkward traits (she’s messy, can’t throw things away — until, of course, Adam helps her) clamped together in Kendrick’s toothy little mouth. She nibbles away at the material with even more adorableness than the script demands.

If that sounds a little icky, well, it’s supposed to be — 50/50 is, after all, a dramedy devoted to looking on the bright side of getting cancer. Director Jonathan Levine (The Wackness) gives Will Reiser’s semi-autobiographical script enough sheen to keep it from veering too far toward the maudlin or the quirky. He doesn’t disturb the inviolable plot mechanics of movies about sickness, but he and Reiser give the model a modest jerk with some good jokes. (The story gives Adam the disease, and Kyle the funniest lines.) The film’s matter-of-fact gallows humor underscores its sentimental moments, which Levine stages for unguarded emotional effect. You’re bound to hear sniffles in the movie’s last half-hour, and the tears aren’t wholly unearned.

The movie might be insufferable without Gordon-Levitt’s performance. He plays the role with the same infectious zeal and optimism that he exudes in most everything he does, offsetting the story’s obvious calculations. He’s a performer you instinctively care about. And every so often, the movies are obliged to demonstrate, with actors audiences love, that death comes to us all.

In the end, 50/50 isn’t interested in killing off the beloved or spotlighting the harsh economic truths of health care. Instead, Gordon-Levitt and the movie stick to executing the Hollywood goal of laughing in the face of bad news. It shouldn’t work but it does because, in this case, cancer couldn’t have happened to a nicer guy.