42: Life, the Universe and Jackie Robinson (and Harrison Ford walking the red carpet) 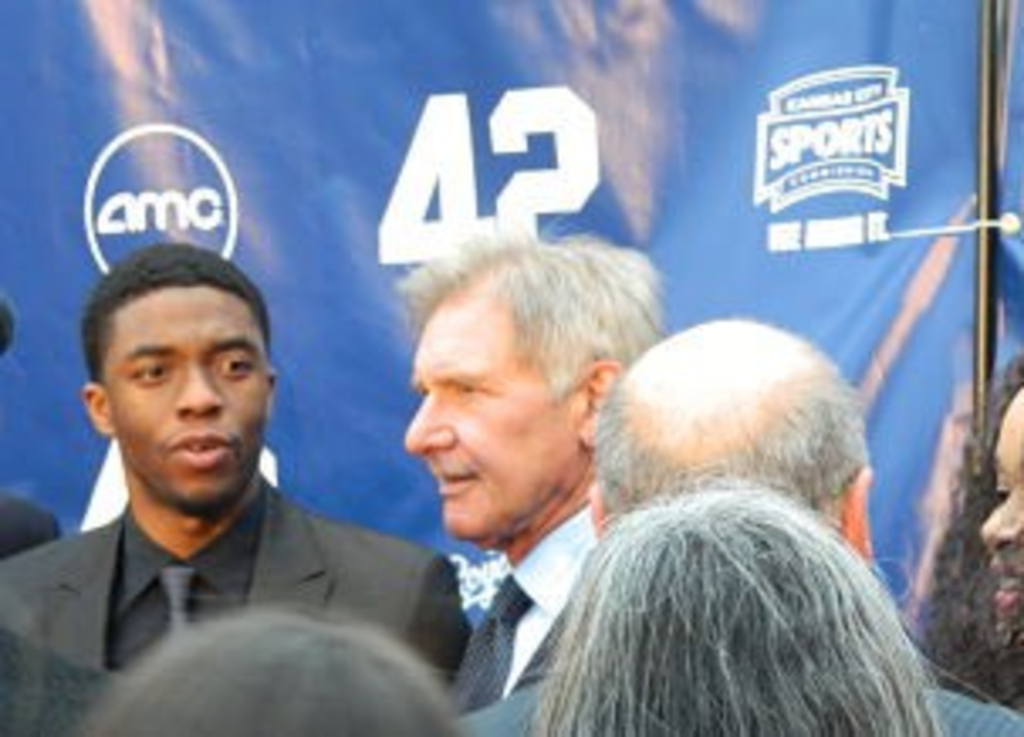 In Douglas Adams’ The Hitchhiker’s Guide to the Galaxy, the number 42 was the answer to life, the universe and everything. It was pretty important here in Kansas City last week, too.

Jackie Robinson wore No. 42 when he played 10 seasons for the Brooklyn Dodgers. (Today is Jackie Robinson Day, when every MLB player wears the long-retired number on his jersey, in tribute to Robinson.) And that number is the title of the new Robinson biopic, which opened in theaters Friday and took in $27 million over the weekend to get to first place at the box office.

Though 42 wasn’t shot in KC, the movie recalls Robinson’s time with the Kansas City Monarchs, a dominant Negro Leagues team, before he joined the major league on April 15, 1947. So a mix of Hall of Fame players, Hollywood names (including 42 top-liner Harrison Ford) and local big shots came out for a red-carpet premiere at the AMC BarryWoods 24. The event was a fundraiser for the Negro Leagues Baseball Museum, and The Pitch was there to see stars Chadwick Boseman (who plays Robinson), Ford (who plays Dodgers GM Branch Rickey) and Andre Holland (Wendell Smith, the first African-American journalist allowed into major-league press boxes). That’s Boseman and Ford at right; video after the jump.