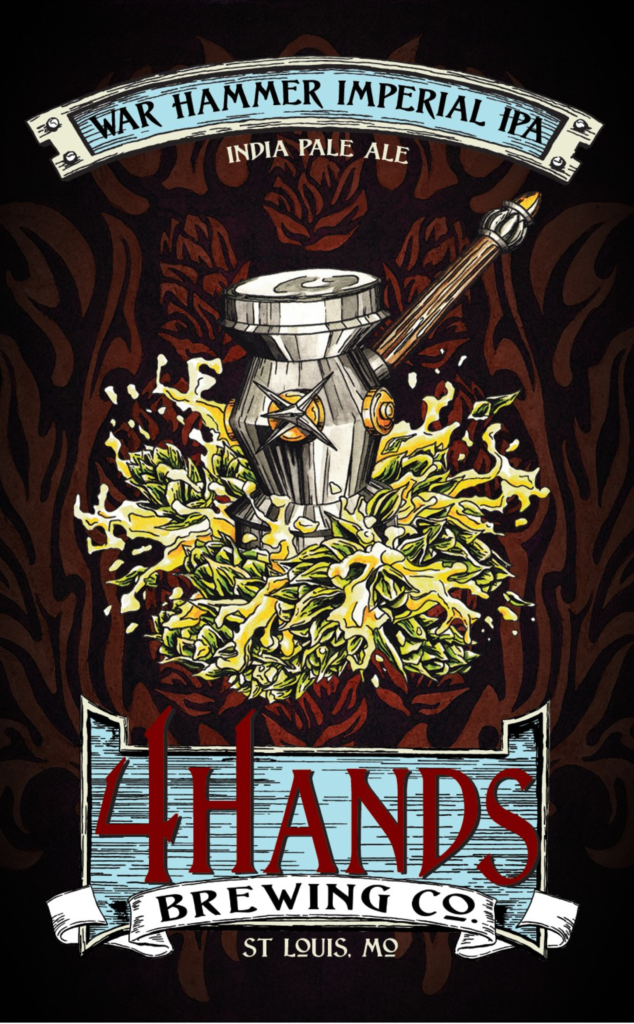 St. Louis’ 4 Hands Brewing Co. is making really good beers, in particular War Hammer Imperial IPA. I got to try this hop bomb at the Lupulin Carnival when it was released last month, and I became a fan of this double IPA’s tropical fruit pop.

If that sounds good to you, then you’ll want to be at Local Pig (510 Westport Road) at 6 p.m. Wednesday for a five-course beer dinner. Here are the beer pairings with chef Mark Dandurand’s menu:

Third course: Pork Slam (pork loin/red pepper grits/spring onion/béchamel) with Super Flare brett IPA (with mango and guava and brewed in collaboration with Wicked Weed Brewing). This is the first chance to get Super Flare outside of 4 Hands’ taproom. I had it at Lupulin, and it’s another not-to-be-missed beer.

There are limited seats, so better grab tickets if you want them. They cost $50 per person, which includes gratuity for the staff, and you can get them here.

If dinner isn’t your thing, you may still have a shot at these beers.

“Everything that we have there is on draft,” says Heath Manson, 4 Hands’ mid-Missouri market manager. “So after the dinner, people will still have a chance at some of the drafts.”

Plus, if War Hammer survives Friday’s soft opening reception at Yard House, there may be some left for Saturday’s grand opening.

Manson tells The Pitch that more War Hammer is coming, too.

“This year making more War Hammer than we’ve ever done,” he says.

So there are two more batches of War Hammer in the works. One is getting packaged next week, and the other will be brewed the week after.

As for Contact High, it will be sticking around for the next six months, and 4 Hands is sending a specialty cask of the wheat ale with pineapple and mango to Screenland’s Firkin Fest May 1 and 2.

Send Help will be around for the next three.

And 4 Hands will be the brewery of the month at BD’s Taproom (19750 E. Valley View Pkwy., Independence), starting in May. Look for War Hammer to eventually hit Independence, too.