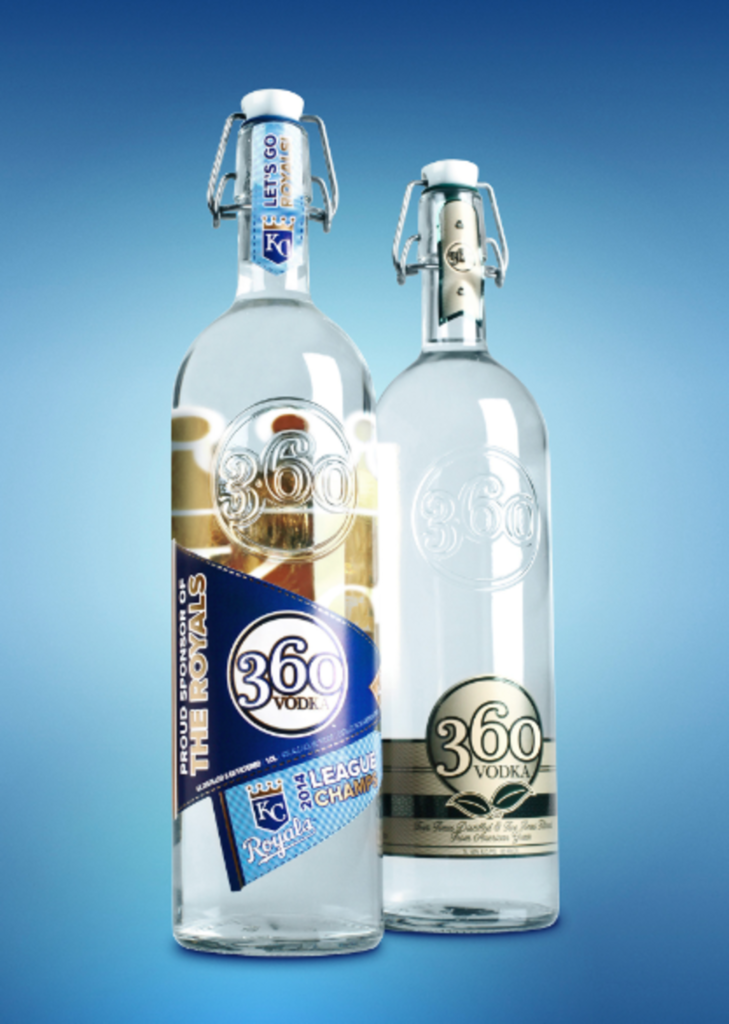 If you made it to the Royals game last night at Kauffman Stadium, perhaps you enjoyed on of the many 360 Vodka cocktails available. This year, the local distillery is offering a Royals-branded version of its best-selling product. You can expect to see a lot more of the official Royals vodka around at games this season.

We chatted with the creative and design manager for 360 Vodka and McCormick Distilling, Patrick Fee, about the new partnership with the team.

“The gist is that it’s a new sponsorship between us and the Royals this year, and we signed on for a multiple-year setup,” Fee says. “It’s the first time ever that Major League Baseball is allowed a co-branded thing with a liquor. This is a limited-edition package that celebrates last year’s success, and it’s very ‘360.’ We still use all our same eco-friendly packaging and glass, and it’s very much local. All our corn [for the vodka] is grown in Missouri, the glass [for the bottle] is from Missouri, and the Royals love being a part of that.”

Another tie-in with the Royals, Fee says, comes with giving back to the community. Each 360 Vodka bottle comes with a reusable swing-top cap, and for every closure that gets sent back to the distillery, the company makes a donation to a green charity. But for every Royals edition closure returned, a donation will be made to one of the Royals-affiliated charities. Because drinking for a cause tastes that much better, right?

The limited-edition bottle is available at most major outlets throughout Missouri, including Hy-Vee, Gomer’s, Costco and Mike’s Wine & Spirits. The 750 milliliter bottle retails for approximately $12, the 1.75 liter for approximately $20. (The larger bottle, Fee notes, is in plastic packaging “for tailgaiting purposes, obviously.”)

“The partnership has been a grand slam for us so far,” Fee says. “We’re really just excited to be a part of the local scene in such a big way. We love representing Missouri, and we’re proud to be standing with the Royals on this.”