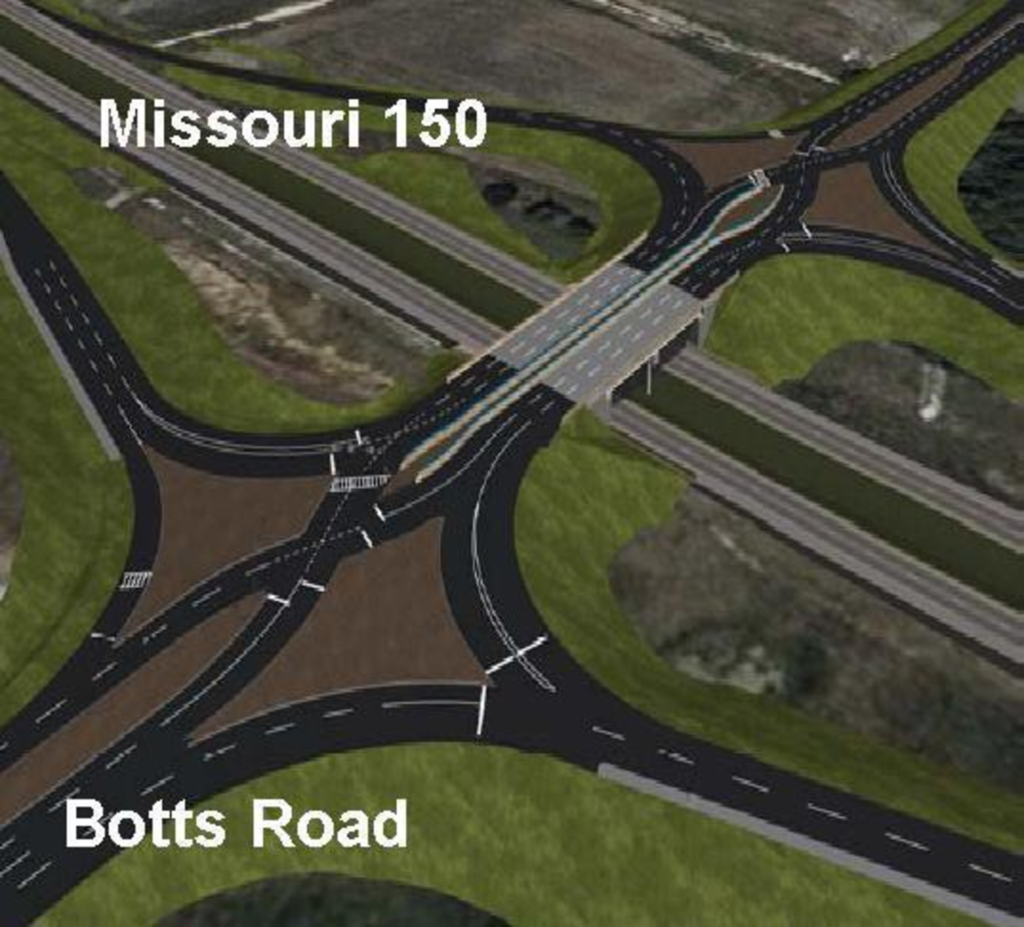 Anticipating increased traffic when industry in the area expands and the NNSA/Honeywell facility comes online, officials from Missouri Department of Transportation and City of Kansas City are pushing a $28.9 million road project to improve the interchange of Botts Road and Missouri 150 in Grandview.

MoDot officials say the “diverging diamond” configuration is suited to handle additional car traffic, which will result from additional industrial development in the area, including about 2,100 new employees at the NNSA/Honeywell facility that produces non-nuclear parts for nuclear weapons systems.

Last night’s public hearing in Grandview drew a tiny crowd; with only 30 minutes left, the court reporter had only entered two statements into the public

record, both of which came from the no nukes set.

“I am concerned about pollution from the old and proposed sites, concerned about the danger to the plant’s near and far neighbors because the plant is a prime target for terrorist, and concerned about beefing up nuclear weapons at a time when the world must instead be abolishing these weapons,” said Jane Stoever, of Overland Park, Kansas.