26 (non-consecutive) Days of Glossy Nostalgia: C is for … 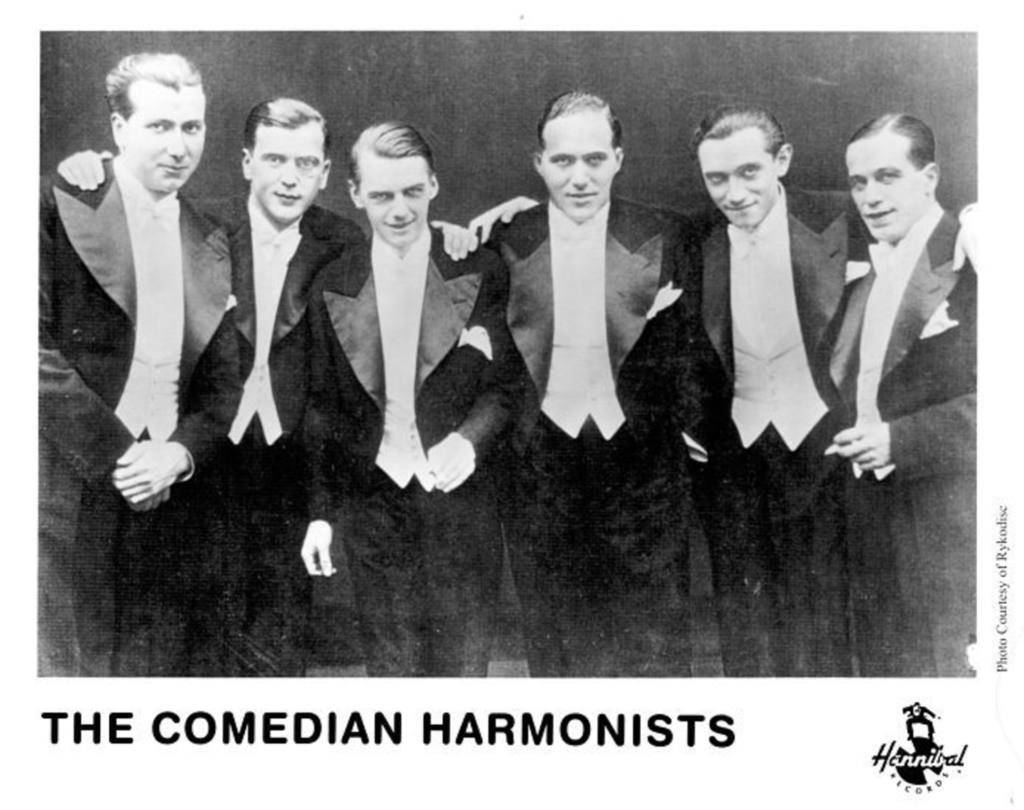 As regular readers are painfully aware, I’m trying to get rid of eight medium-sized cardboard boxes containing thousands of promotional photos from the past. And until someone comes and takes them off my motherscratchin’ hands for free, I’m going to post selections from the archive from A to Z as often as I can (which, considering I’m only on “C” is not very often). I don’t know how someone could hear that and then look at a picture like this one of the Comedian Harmonists, and not come rushing down to The Pitch office to grab this treasure trove right up.

I know that to the modern eye, these crooning funnymen look like Boris Karloff at various stages of his life (and death), but back in the day, these fellas could bring the house down, punchline by melodious punchline. Their blend of close-harmony singing and joke telling paved the way for acts such as “Weird Al” Yankovic and Bonnie “Prince” Billy. In fact, they were so hilarious that King George of America decreed that they could only sing in German when they came Stateside lest they cause pregnant Protestant women to miscarry.