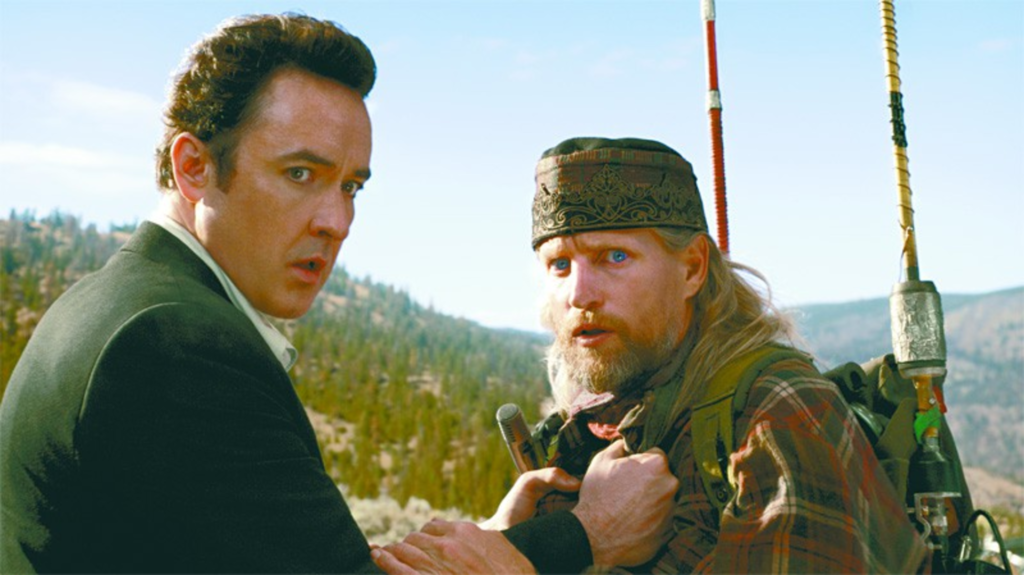 Completing his multi-film vendetta against the world’s tourist trade, German-born director Roland Emmerich sends the mother of all storms to level the Washington Monument, the Eiffel Tower and a priest-filled Vatican City, among other locales, in his newest end-times thriller, 2012. From Independence Day (1996) to The Day After Tomorrow (2004), taking down famous landmarks has become Emmerich’s cinematic signature, but ever since audiences of the former cheered the White House being blown to bits by space aliens, demolished historic sites aren’t what they used to be.

Though 2012 is alien-free, there are tidal waves galore, as well as earthquakes, volcanic eruptions and blinding dust clouds, all due to a sudden, radical heating of the Earth’s core. A planetary realignment and an overstimulated sun are the villains in a scenario that a seventh-century Mayan prophet is said to have predicted. So take note, humans: Life on Earth will end December 12, 2012. Plan your Christmas shopping accordingly.

“It’s kind of galling when you realize the nutbags with the cardboard signs had it right all along,” declares Carl Anheuser (Oliver Platt), chief of staff to the president (Danny Glover), as he watches news reports of panicked plebeians running from a shaking ground and a thundering sky. Anheuser has been planning for the final day since 2009, when Adrian Helmsley (Chiwetel Ejiofor), a mid-level government scientist, thrust a red-alert report into his hands at a fancy Washington party. Helmsley’s dire warnings have led the world’s superpowers to band together and secretly build six giant “arks” designed to save the rich, the powerful and the mostly white from Armageddon. Launch site: China!

As if made to suffer for its moviemaking sins, Los Angeles is the first city to split apart and slide into the sea. In a ridiculous but bravura sequence, Jackson Curtis (John Cusack), a failed sci-fi novelist and limo driver, begins his long, convoluted journey to China and those precious arks by dodging crumbling Los Angeles freeways and falling skyscrapers while his two kids, his ex-wife (Amanda Peet) and her new husband (Thomas McCarthy) scream in the limousine’s backseat. The two-hour-and-40-minute 2012 is overstuffed with special effects, but the Curtis family’s mad dash out of town is the closest that the movie gets to actually being fun, if only because it’s easier to relate to a man navigating bad traffic than one trying to outrun a newly formed volcano.

“How did they do that?” is the question Hollywood wants moviegoers to ask, but in watching 2012, I couldn’t help but wonder if today’s audiences, especially the very young, ask that question as often as audiences of the past. When the ill-fated cruise ship of The Poseidon Adventure (1972) — a film Emmerich and co-writer Harald Kloser reference here more than once — was capsized by a tidal wave, my 10-year-old self may have understood that flesh-and-blood stuntmen, not actors, were hanging off those upside-down cocktail tables, but I still feared for them and, by extension, for the film’s characters. Today’s CGI effects are undoubtedly more impressive but they’re also more soul-numbing. Millions of people die in this movie — among them, a few we’ve come to know — but not one of those deaths is affecting or memorable, even in an overly sentimental, B-movie way. Where is Shelley Winters when we need her?

What’s likely to linger in the public memory, as with Emmerich’s other films, is a singular scene of iconic destruction that has been the centerpiece of the 2012 ad campaign: The USS John F. Kennedy, after being swept up by a gigantic tidal wave, flips over and comes crashing down onto the White House. One wonders: Is the disaster king suddenly getting political? Probably not. So for the widest audience possible, we suggest that Columbia Pictures release an alternate take, with the democracy-crushing aircraft carrier this time being the USS Ronald Reagan.